More complex ornaments such as turns and appoggiaturas require a good grasp of style from the performer. Be bold, says Nigel Scaife, and find the solution that works for you

In part 8, we began to look at trills, grace notes and the acciaccatura. Now we’re going to start with one of the most common ornaments of the Baroque period, the mordent.

An upper mordent is a rapid alternation of a note with the note above, and is shown by the symbol below: 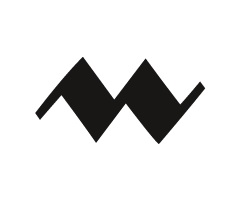 See an example of it in use:

The appropriateness of the term mordent, from the Italian mordere meaning ‘to bite’, is provided through the suddenness with which the main note is dislodged by the dissonant note and immediately returned to. Take the fugue subject of the first fugue in C major from Book II of Bach’s Well-Tempered Clavier:

Here we can see what J.G. Walther, a friend of Bach’s and author of an important treatise on music, meant when he said that the effect of a mordent is ‘like cracking a nut with the teeth’! When the mordent sign has a line through it, it is called a lower mordent, which is a rapid alternation of a note with the note below:

If an accidental is needed on the upper or lower note of the mordent, the sign is written above or below the mordent symbol:

One of the most expressive and flexible of all ornaments is the turn, shown by the symbol below: 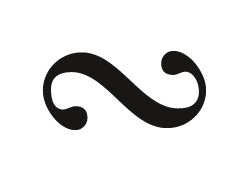 This is a decoration that ‘turns’ around the written note and was particularly enjoyed by composers of the Classical period. It consists of a note above the main note, the note itself, the note below it, and the note itself again.

When a turn is placed between two notes it should be thought of as a decoration that leads into the second note. It often takes half the value of the first note, for example:

Here is another possibility where there is an interval of a 3rd between the notes:

When a turn comes after a dotted note, a triplet is usually used to indicate the flexibility of rhythm, for example:

If any accidentals are needed, they are written above and/or below the symbol:

The relative speed and rhythm of the notes, and the overall duration of theturn, depends on where the symbol is placed, the tempo, and on the taste of the performer. Context is everything! For example, at a moderate tempo, the turn can be played as:

An inverted turn is generally shown by the symbol below:

This ornament works in the same way as the turn symbol, except that the pattern of notes is reversed, with the first note being the note below:

Haydn’s use of this symbol is the cause of some contention amongst academics, as he called it a ‘half mordent’, but without explaining how he considered it should be played. Also, his use of it is inconsistent, so pianists today tend to interpret it as a quick turn played on the beat.

In C.P.E. Bach’s Essay on the True Art of Playing Keyboard Instruments (1753) – one of the most famous and influential of all 18th-century treatises on keyboard technique and interpretation – there are 12 pages devoted to discussion of the turn and the author gives over 70 examples! This is because the turn is one of the most flexible of ornaments: while the shape of the pattern has to be followed, every other aspect can be determined by the performer.

The musical gesture of a melodic note which is dissonant with the underlying harmony expressively resolving to a consonant note is of fundamental importance to so much great music. These ‘leaning notes’, which often take on the role of a musical ‘sigh’, are called appoggiaturas. They are usually placed on a strong beat, with their resolution coming on a weak beat, or weaker part of the beat. The appoggiatura usually takes half the value of the main note in 2/4 or 4/4 time and is played on the beat:

When the main note is a dotted note, the appoggiatura takes two-thirds of its value:

There are different notations for appoggiaturas within the piano literature and care is always needed to consider their implications for performance.

Fortunately in many good modern editions a suggestion for how the ornaments are to be performed is made within an introduction or suggested realisations are placed above the stave. Such editorial suggestions can clutter the printed page, but they are often useful, provided they are not treated as the last word on the subject. It is always advisable to experiment with a number of different approaches before deciding how to interpret them, as there is unlikely to be a single correct way.

In performance we need to incorporate any ornamentation in a way that maintains the rhythmic flow of the music and does not disrupt evenness of tone, as these are often the main challenges faced when it comes to playing ornaments on the piano. Difficulties often arise because the music we are playing was originally written for a harpsichord, clavichord, or fortepiano with a much lighter touch, which enables players of those instruments to more easily realise the ornaments. Playing Baroque and early Classical music on a modern piano can present us with challenges simply due to the heavier touch of the modern instrument. Relaxation is often the key that unlocks tonal balance and evenness.

It is always helpful to practise ornaments slowly to start with and to ensure their rhythm is clearly defined, even if there is a degree of rhythmic flexibility involved. In this way the ornaments will become an integral part of the music and will serve their function as expressive aspects of musical communication. These two articles on ornaments have only scratched the surface of what is a vast subject.

For more detailed information, I recommend Graham Fitch’s excellent overview which can be found on his website, from which there are many links to further resources. He also lists the main historical treatises and a wide range of helpful books that deal with this fascinating topic, such as Howard Ferguson’s Keyboard Interpretation and the invaluable study by Robert Donington, The Interpretation of Early Music.

Whether online or in print, help is at hand.