Whether you want to dazzle your loved one with a performance of a romantic piece, or you simply want to add some romantic songs to your playlist, we've got a stellar collection of pieces that are perfect for the occasion ❤

We start with this Elégie from Rachmaninov, which is the first of the five Morceaux de fantaisie. It's a poignant early work (1892) from the great pianist-composer, who actually recorded the piece on an ampico piano roll. Take a listen below.

Play this piece in the right mood and you will find yourself transported back to a Parisian cabaret! Erik Satie likely composed the original song for the cabaret singer Paulette Darty, whom he’d accompanied for a time. An ideal little mood setter for Valentine's Day.

In the early days of cinema, ‘Träumerei’ was so frequently deployed for its reliably tear-jerking appeal as incidental music that one film critic was already reflecting, in 1910: ‘We might call Schumann’s “Träumerei” a number with a positive pathetic appeal, and use it at all times when screen action is of a pathetic character, [but] could we hope that the audience would enjoy its third or fourth repetition in one hour?’

If you're looking for a tear-jerker, this is the one.

Taken from the Biblical Song of Songs, the subtitle translates as ‘I was asleep, but my heart was awake’.

Messiaen also placed this text (in the present tense) at the head of the 19th of his Vingt Regards. It sets the tone for a scene of profound contemplation.

Born in Hungary, this well-travelled and well-connected pedagogue and composer met Beethoven and Schubert early in life. At the age of 9, he had already performed Dussek’s Concerto for Two Pianos with his teacher, F Brauer. Incredible stuff.

French Romantic composer Mélanie Hélène Bonis (known as Mel Bonis) wrote some 300 works – including pieces for piano solo and piano four hands. This beautiful, rippling Méditation is a joy to learn and play.

Remember to keep the pulse flowing. The tempo is Andante and it should come across as calm and unrushed. Enjoy a gorgeous violincello & piano rendition of the piece below. 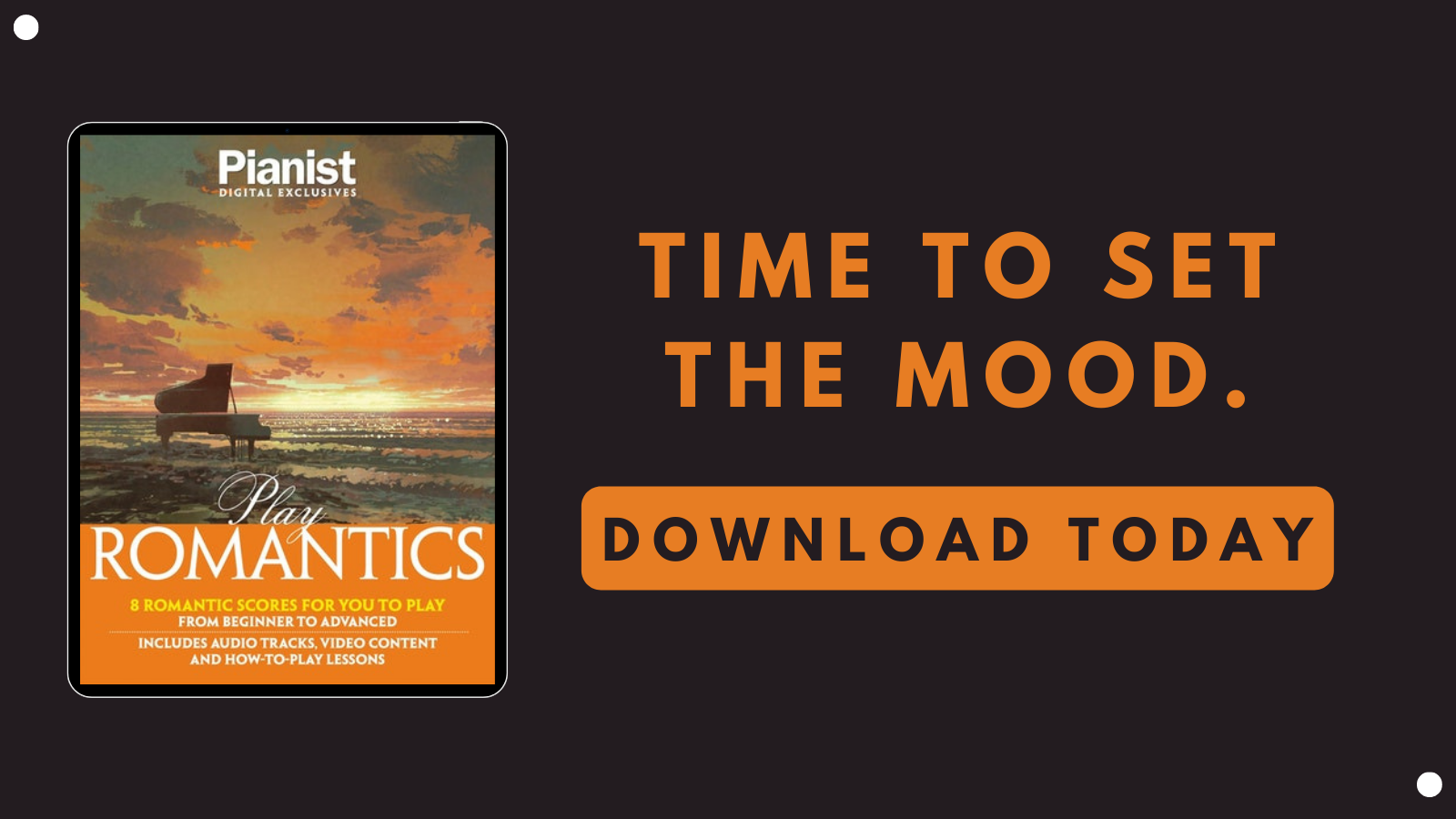 Not every Valentine's Day will be one full of joyous love and romance.

It might be that it's a day of sadness and of yearning for someone that is no longer here. If that's the case, this mournful Romance from Schumann, which is full of yearning undertones, will hopefully provide some comfort to you.

Pianist Rina Cellini gives a glorious performance of it below.

Schubert wrote many waltzes for solo piano, but the 'Valses sentimentales' (as well as the Valses nobles Op 77 D969) are particularly endearing. Liszt arranged this particular waltz, which has been made famous by Vladimir Horowitz, who often performed it as an encore.

This waltz should sound light, loving and dance-like. (See the legero marking at the start. Zart means tender.) Notice that there are many moments where there needs to be a slight ‘leaning’ on the third beat (RH crotchets tied over the barline). Fall into them ‘gracefully’, yet with playfulness. The RH melody should sparkle and the LH should be the firm base, always with an emphasis on the first beat of the bar.

This is an arrangement of the Largo movement from Bach’s Organ Concerto BWV 596 (Bach worked from Vivaldi’s original composition, transcribing it for organ). We came across this gorgeous piece when watching Arcadi Volodos perform it as an encore.

A steady pace is of the essence here, so count the tempo silently to yourself at first, and then stick to it! 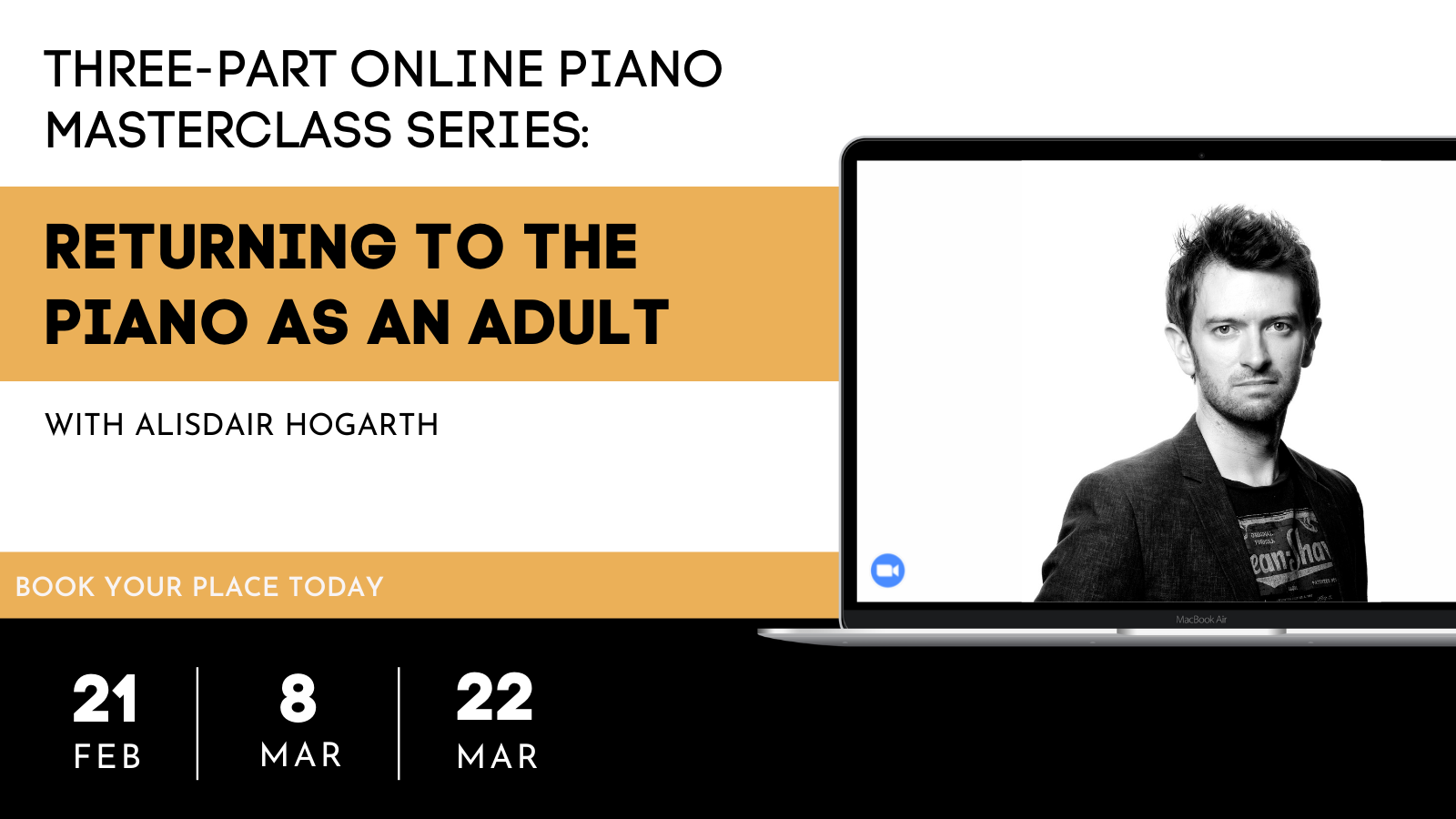 The six 'Escenas Románticas', of which this is the final piece, represent Granados’s more inward and intimate side. To listen to them as a set, we recommend Spanish pianist Alicia De Larrocha on RCA Victor (Sony). As the Guardian wrote, she was ‘the leading Spanish pianist of her time.’

If you are planning to download a copy of the score below, we suggest learning the LH first, feeling every single note and making sure each note is of equal sound and touch. The RH is less technically challenging, but it requires exquisite phrasing and sound – the climax being at bar 33, where you should really give it your all.

This piece appeared in issue 101 of Pianist. Enjoy Chenyin Li's performance of it below. Certainly a lot of emotion in this piece.

It’s extraordinary to think now that one of the most popular works in the piano literature was written down over two days; 15-16 January 1910.

If you're looking for a classic this Valentine's Day, this is the one.