Rachmaninov was the most innovative composer during the Romantic period, scientists say 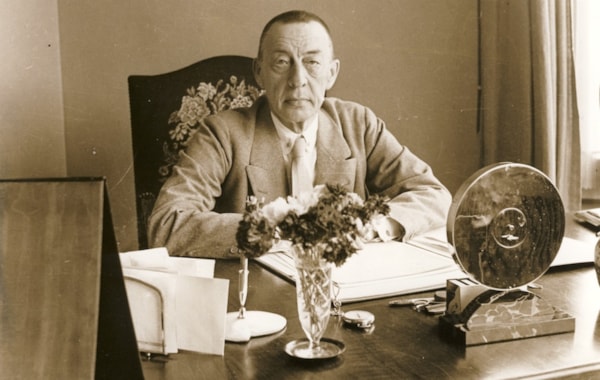 Trying to scientifically explain creativity is a tricky task. However, this team of theoreticians from EJP Science Data managed to analyse more than 900 compositions based on novelty (how much a work is different from past works) and influence (how much a work has been referenced in the future).

From their findings, they discovered that Rachmaninov’s originality was second to none. In particular, his chord sequences were the most innovative of all the composers analysed. Rachmaninov beat the likes of Bach, Brahms and Mendelssohn to top spot.

“The romantic composers were coming up with new chord sequences much more often than predecessors like Mozart,” said Juyong Park of the Advanced Institute of Science and Technology in South Korea.

“This was doubly impressive: the romanticists had more older material they needed to be different from, since they were born later. Rachmaninov, a late romanticist, managed to do it the most.”

The findings come as no surprise. Rachmaninov’s Piano Concerto No 2 in C minor was voted Britain’s favourite classical piece eight times in an annual poll by Classic FM.

Whilst the Russian composer did beat off stiff competition, it’s important to mention that the two bases of the research – novelty and influence – do not necessarily affect each other. For example, Beethoven ranked top for influence, but ranked low for novelty. Bach was recently named as the greatest composer of all time by today's leading composers.

The Data team confirmed in their findings that they are planning on conducting a similar analysis on modern-day composers.

It’s important for us to remember that creativity cannot be contained by an exact science given its sheer complexity. We may all have differing views on who was the most creative and influential composer during the Romantic period.

But the EJP Data Science team have certainly got as close as they can to scientifically explaining who was the most innovative composer.