Alim Beisembayev, the Gold Medal winner of this year's Leeds International Piano Competition, has released his debut recording on the Warner Classics label.

As part of his winning package, Beisembayev won a recording contract with Warner Classics and management by Askonas Holt.

The release features a selection of his performances, featuring solo works from Scarlatti, Ravel and Ligeti, that were recorded live during the competition at Leeds Town Hall. 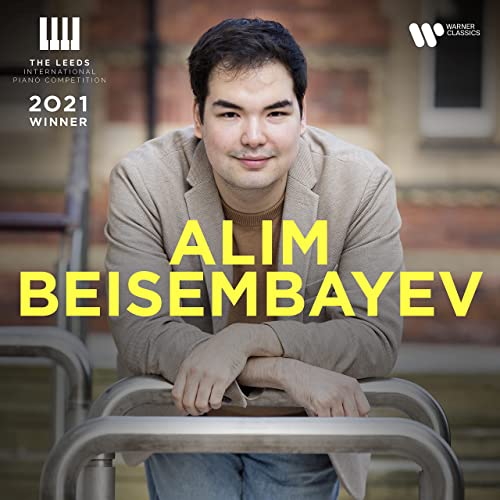 Adam Gatehouse, Artistic Director of The Leeds, said, “From the very first note I heard him play, which happened to be the very first note of the pre-selection round back last November, he stood out for the extraordinary maturity, brilliance, musicality and versatility of his playing. I’m absolutely certain that Alim Beisembayev is destined for a very distinguished career.”

Imogen Cooper, Chair of the Jury, commented, “I was particularly impressed with the Ligeti studies he played in the Semi-Finals. They are some of the hardest ones out there and he played without any scores at all, it was breathtaking. I think he’s a big star for the future and I’m very glad that he’s landed the First Prize.”

Pianist editor Erica Worth, who was present at the finals, gives an in-depth review of all the finalists here.