The Kazakhstani pianist beat four other finalists from Israel, Japan, Ukraine and the UK in the final that was streamed worldwide to a global audience by medici.tv from Leeds Town Hall

23-year-old Alim Beisembayev from Kazakhstan has won the 20th edition of the Leeds International Piano Competition, a triennial event which is widely regarded as among the most prestigious prizes in the musical world.

Beisembayev was awarded a £25,000 cash prize and The Waterman Gold Medal, as well as a career-changing prize package which includes worldwide management with Askonas Holt, a recording contract with Warner Classics and a European tour organised with partners Steinway & Sons.

He is the first prize-winner from Kazakhstan in the history of the Leeds International Piano Competition.

In addition to First Prize, Alim Beisembayev won the medici.tv Audience Prize, voted for by the public, and the Royal Liverpool Philharmonic Society Prize for performance of a 20th/21st century work. In addition to the £25,000 cash prize and The Waterman Gold Medal, Beisembayev receives a career-changing prize package which includes worldwide management with Askonas Holt, a recording contract with Warner Classics and a European tour organised with partners Steinway & Sons. Next week Warner Classics will release an EP recording featuring a selection of his performances from the Competition. 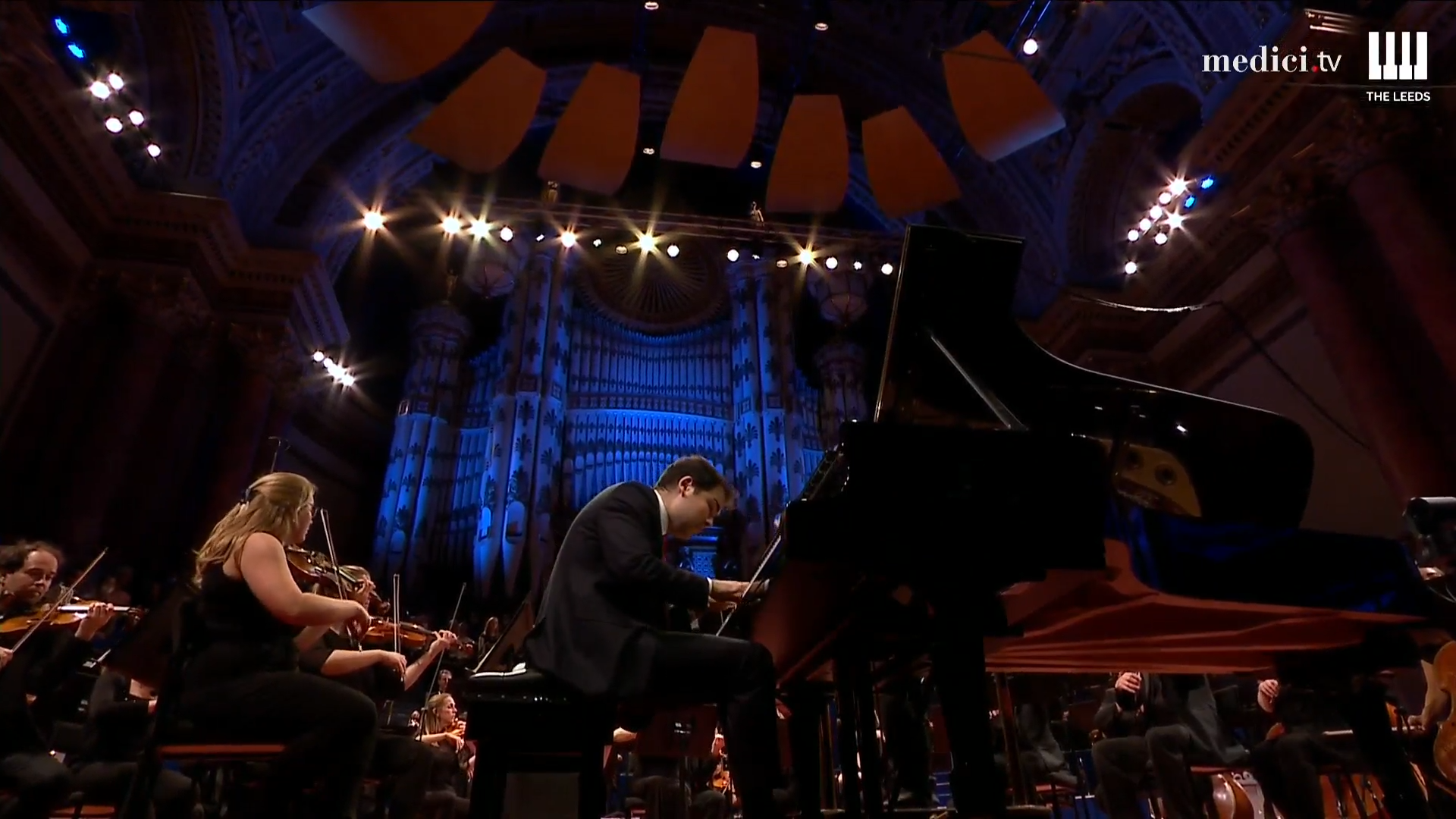 As the winner, Beisembayev will be performing with the Royal Liverpool Philharmonic Orchestra at the Liverpool Philharmonic Hall on 23 September and will also have future concert opportunities at Wigmore Hall and Southbank Centre, amongst others. Beisembayev will also receive a personal consultation with Steinway & Sons Director of Concert and Artists Services and mentoring by members of the Jury and The Leeds team in addition to coaching in PR and social media by Premier PR.

Second Prize and the Marion Thorpe Silver Medal was awarded to Kaito Kobayashi from Japan followed by Ariel Lanyi from Israel who received the Third Prize and the Roslyn Lyons Bronze Medal. Both are awarded cash prizes (£15,000 for second place and £10,000 for third place) in addition to recitals at the Liverpool Philharmonic’s Music Room ext week (21 and 22 Sept) and Wigmore Hall. They will both also receive a personal consultation with Steinway & Sons Director of Concert and Artists Services and mentoring by members of the Jury and The Leeds team. Kaito Kobayashi was also awarded the Yaltah Menuhin Award for chamber music and will receive a performance opportunity with the Leeds International Chamber Series.

Fourth Prize was awarded to Dmytro Choni, Ukraine, and Thomas Kelly, UK received Fifth Prize. Like Beisembayev, Kelly studied at the Purcell School and is presently enrolled at the Royal College of Music, London.

Present at the finals was Pianist magazine editor, Erica Worth: ‘It takes great guts to play Rhapsody on a Theme of Paganini as the chosen concerto in the finals of an international piano competition,' said Worth. ‘One needs to be able to coax myriad colours and touches out of the instrument – from the spiky staccato chords in the opening variations, to some fast chordal progressions in the speedy ping-pong action with the orchestra and then to the moving and totally lush-sounding Hollywoodesque Variation 18. He had all… and more! I predict a brilliant future for this humble giant from Kazakhstan.’