Pianist and writer Anthony Cheng sits down with conductor Christopher Braime, who recently had a brand-new seven-foot grand piano commissioned by Venables & Son, to talk about what makes this particular piano maker stand out

Sitting at the crest of South Norwood Hill, London, is a white building nestled behind a gate with a sign reading in bold ‘Falkland Lodge’. Inconspicuously behind the house there is a converted garage. And inside is a new beast, a first for its kind from the British piano maker Venables & Son - a custom built seven-foot C218 grand piano.

Christopher Braime, conductor and director of the Studio Falkland Lodge, is the commissioner and owner of this brand-new instrument from the family-owned instrument maker. 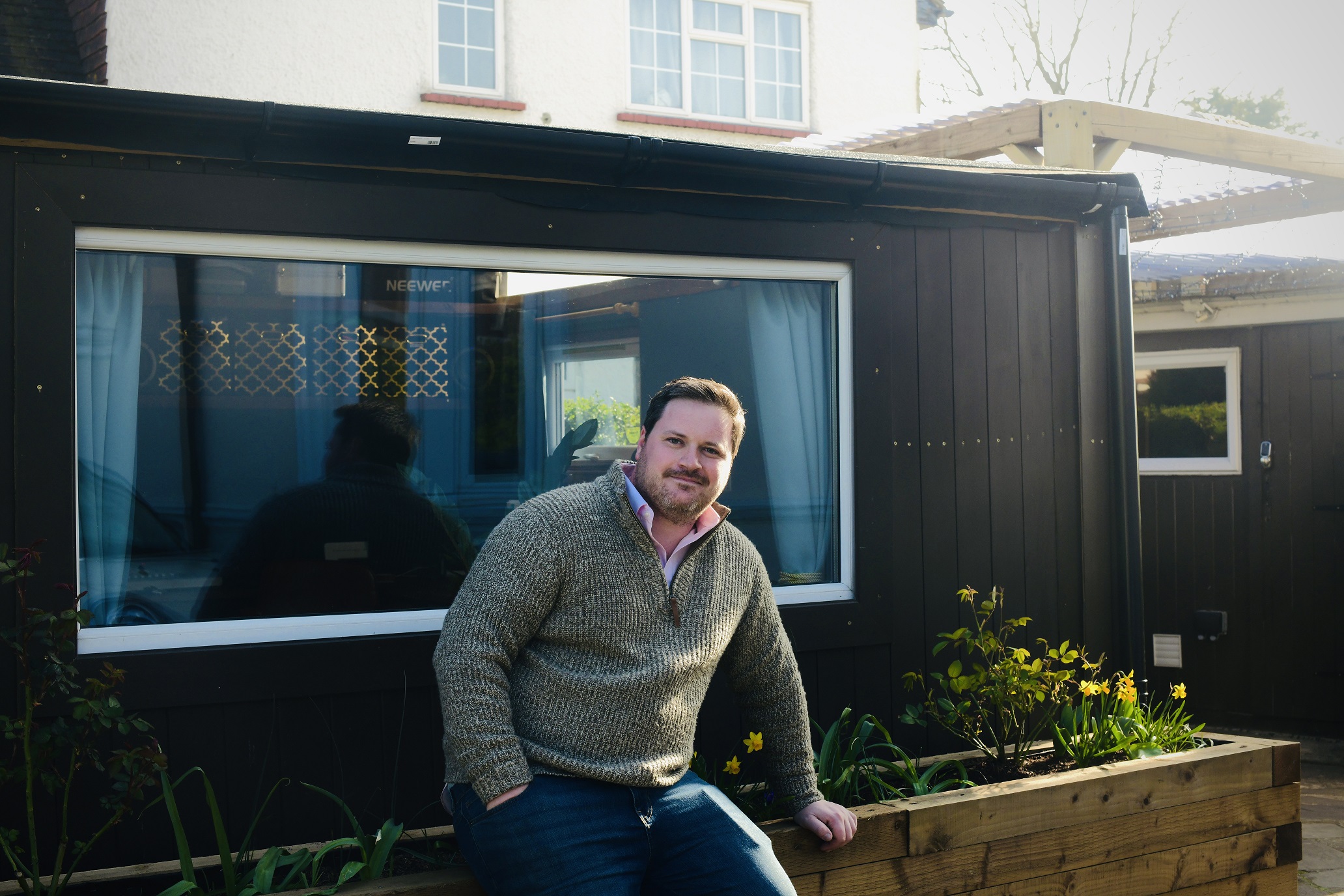 But before owning the C218, Christopher wanted to replace his 120-year old Bechstein (it was suffering in ways you’d expect from a 120-year old piano). He then came across Venables & Son.

“I listened to the videos of the Venables & Son pianos. There was something about the sound that I really loved”. So, he contacted Will Venables, partner and technician, half-jokingly inquiring if he could make a new and original seven-foot grand piano for him. The reply to this grand commission was surprising - Will said yes.

Christopher knew that the chassis for the C218 existed, and so was reassured that the idea was possible. The commission took approximately two years – with a few delays coupled with Covid and shipping cost surges; but he didn’t mind the completion date stretching out. 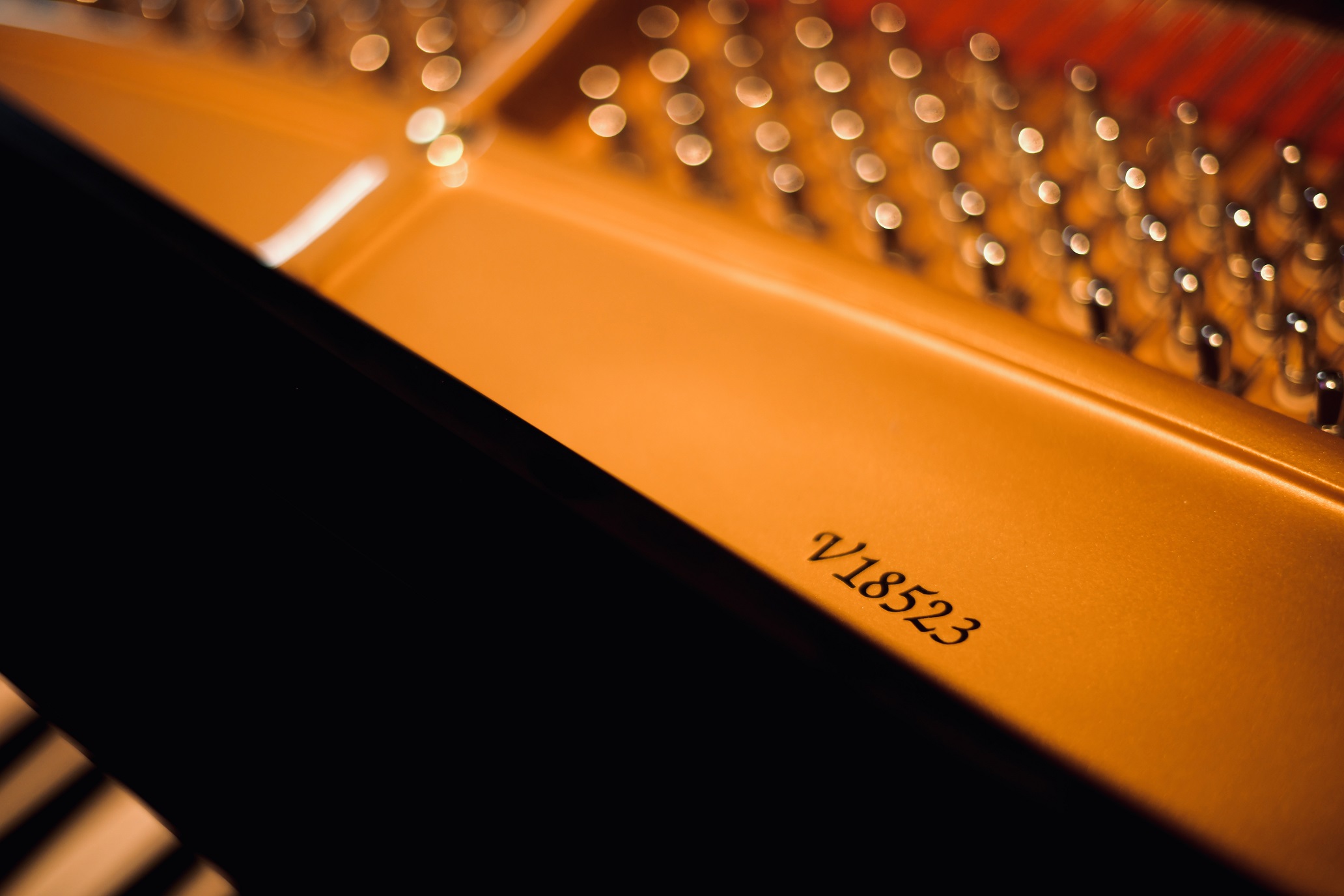 Will Venables is a master craftsman who regulated the new C218. When I went to visit him at his showroom in Ringwood to see how he inhabits his environment, he handled the grand pianos with a child-like wonder and fascination. Unscrewing the bolts to take out the keyboard revealing the hypnotizing array of hammers, there is a glimmer in his eyes. An aura of complete immersion with his profession took over him. “I grew up with a piano in bits,” says Will. “That’s why I never learnt to play very well because I was so distracted by what was going on inside.” 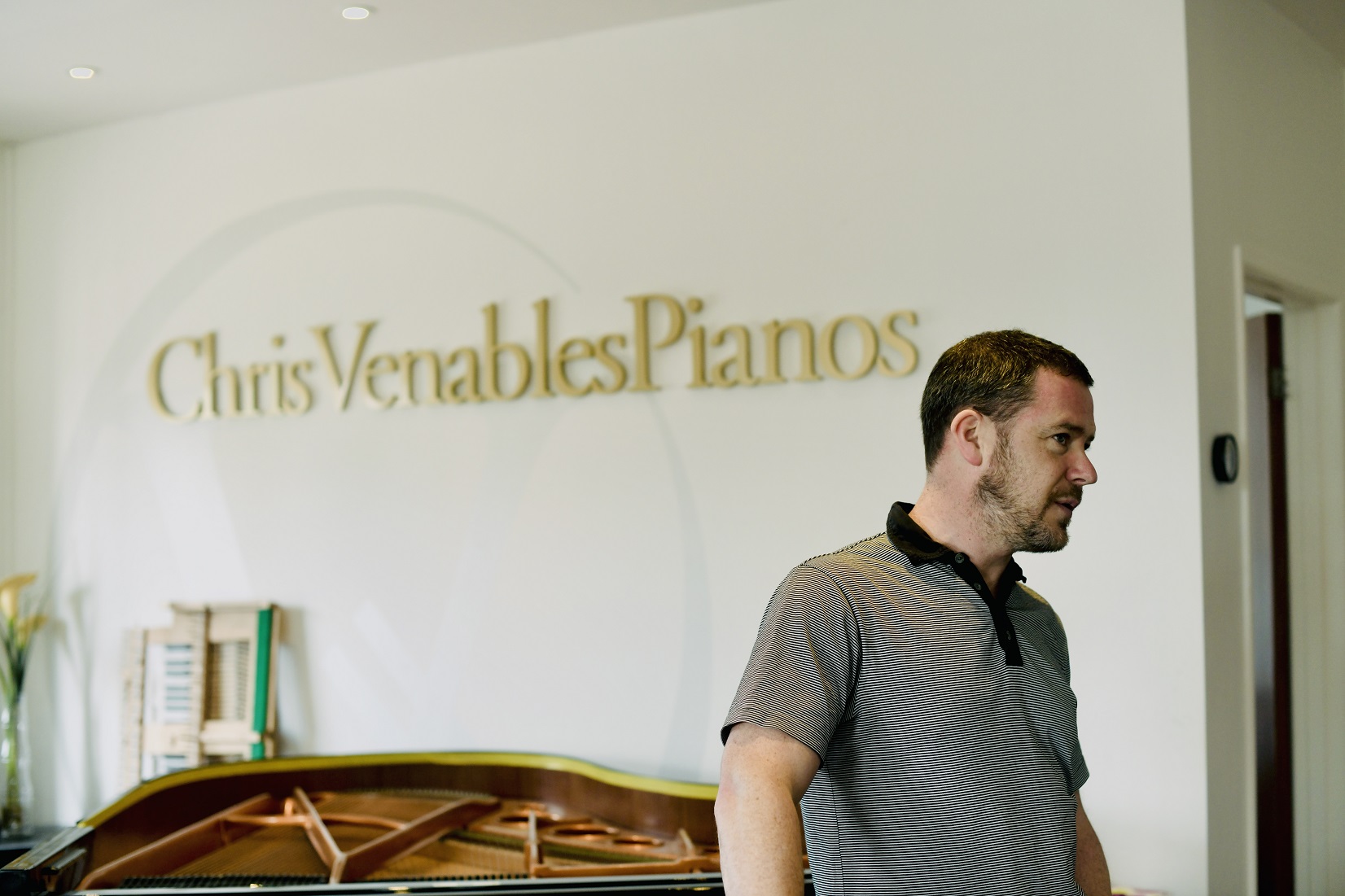 Will Venables pictured at his showroom in Ringwood, Hampshire

Lauded even by their competition

A testament to the devotion that Will has to his craft is that competitors are one of the surprising sources that will encourage you to take up your business with Venables. Before starting on this C218 project, Christopher was in need of servicing an old piano but was conflicted on whether to restore it (which will cost tens of thousands of pounds) or invest in a new instrument. He sent an email to the restoration company saying that he will take his business down to a small family company in Ringwood, Hampshire, to which there was a reply “if this is the company in Hampshire to which I think you’re referring (Venables & Son), you will be very looked after.”

What gives Christopher the most pleasure when managing his practice studio is seeing customers awash with curiosity when seeing the new C218 for the first time. Guests would walk up to the keyboard and glance at the brand furrowing the brow with confusion. Venables & Son? I’ve never heard of this before.

One of the first pianists to play on the new instrument was Thomas Luke, winner of the Keyboard Category at the 2020 BBC Young Musician Awards, playing Rachmaninov’s Prelude in D Major Op 23 No 4. He got his own upright piano from the Ringwood showroom years previous. 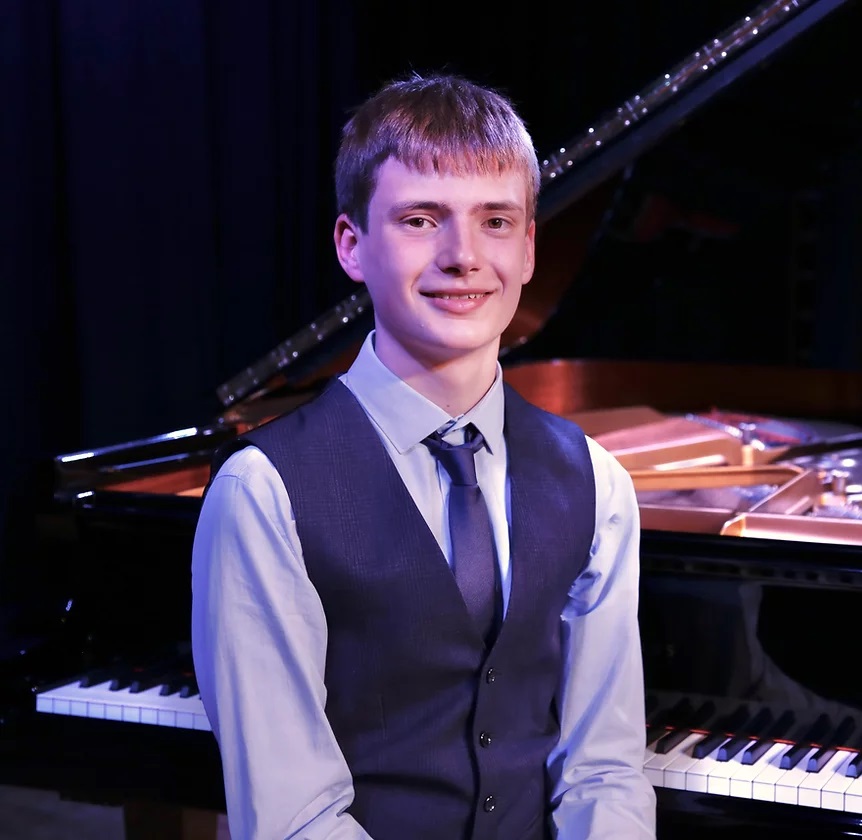 Thomas Luke, winner of the Keyboard Category at the 2020 BBC Young Musician Awards

“[My] first impression was that it was very strong, very powerful, particularly the bass,” Thomas reflects after taking it out for a test-run at the showroom. “It was the kind of the piano where you would give it an inch and it would take it a mile.”

Take a look at a snippet of Thomas's performance at the 2020 BBC Young Musician Awards below.

Christopher moved into this 19th-century gatehouse three years ago. Before the make-over into a luxurious and homely studio, the garage had been completely unoccupied by anything car-related. The sole function was an office space.

“It wasn’t the warmest experience I’ve ever had,” recalled Christopher. “The garage was so unspeakably cold that our dear friends who were here before us had a freezer in the garage that broke down because the ambient temperature was so cold that it threw off the thermostat. It didn’t know how to heat up.” Christopher was left with no choice but to deploy four 2-Kw heaters to keep him from solidifying. 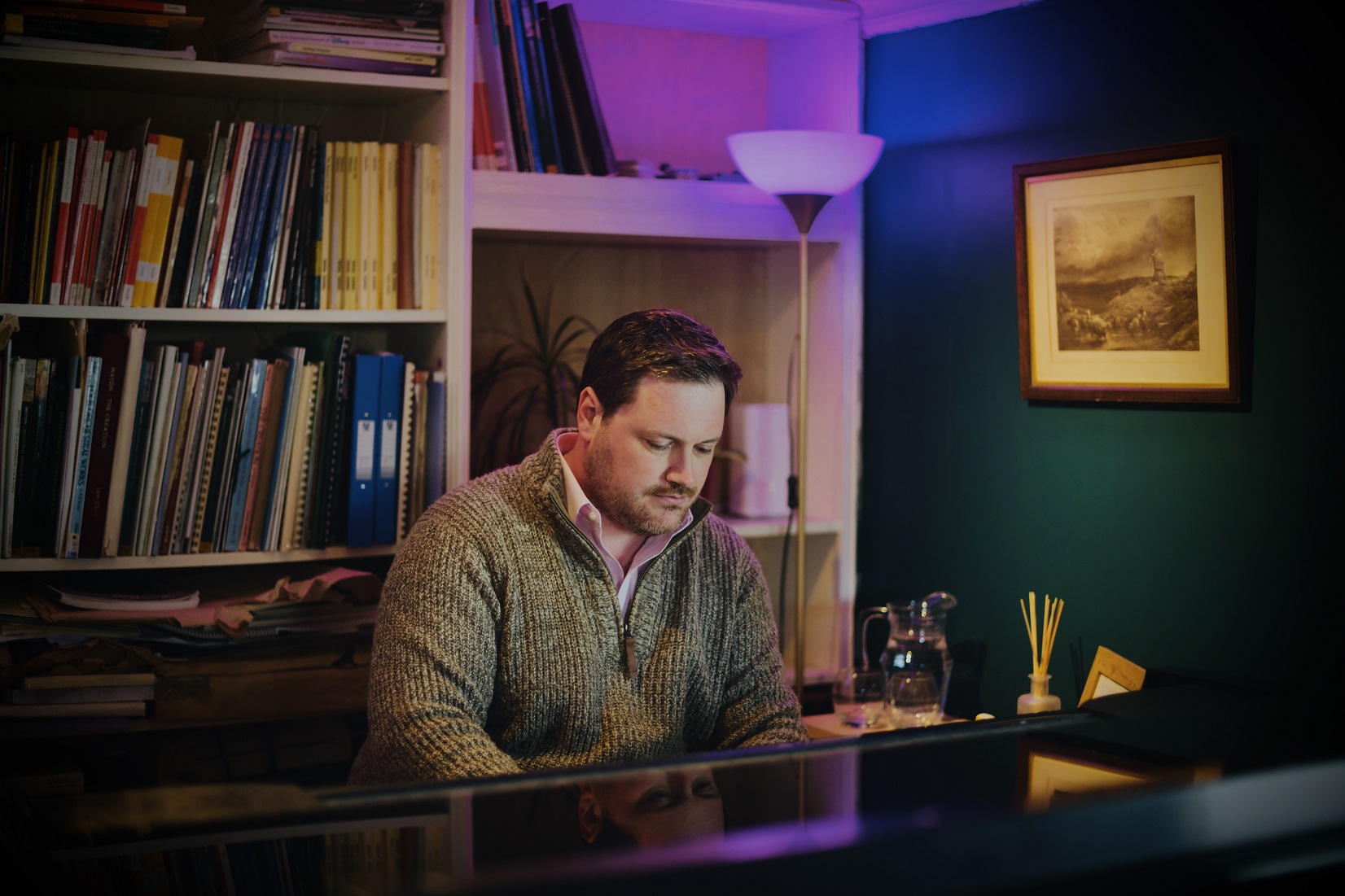 The idea for a music studio at Falklands Lodge arose when he noticed that something was missing from the facilities during his student days. “One of the things that I recall when I was studying music, the practice facilities for pianists and singers are variable at best, especially in South London.”

Feeling discontent with the blandness of the majority of practice rooms – white walls and near-empty blocks with a window – Christopher thought that these room designs sucked away the inspiration and motivation musicians needed to invest in their art. So, he saw a special opportunity here; a local music hub designed with an emphasis on comfort where local musicians can practise and network. He decided to start this building project of converting the garage into a music studio to inspire musicians to be the best they can be. And the main attraction, the front-and-centre piece, needed to be a good quality piano.

The surprise they feel when they sit at the piano of a brand they’ve never heard of is what makes Christopher proud of his project. The pleasure and curiosity from musicians to explore this new instrument, and the support of a British piano maker, are what makes this studio all worthwhile.

You can try out and practise on the custom-built Venables & Son C218 for £11 an hour. Book here.

All images courtesy of ©Anthony Cheng.