The story behind Australia's first piano In 1965, William Bradshaw purchased a piano belonging to a family-based in Windsor, Australia. The owners willingly sold the piano, which had been stored with the laundry, in order to purchase a new washing machine. The family who owned the piano had no idea that the instrument was, as Professor Geoffrey Lancaster from the Western Australian Academy of Performing Arts described, “the most important piano in the country”. Indeed, the piano lays claim to be Australia’s first piano.

The story of the piano begins aboard HMS Sirius, the flagship for the First Fleet, in 1787. The fleet, which consisted of a mix of government officers, marines, convicts and naval personnel, was the first force to colonise Australia. The total number of crew and passengers totalled approximately 1,500, and amongst these numbers was the surgeon George Worgan. Worgan’s father, Dr John Worgan, was a respected composer, organist and close friend of George Frederick Handel; consequently, George Worgan was well versed in music and a proficient piano player.

Worgan’s desire to keep his music-making alive during the eight-month voyage, resulted in a small piano built by Frederick Beck being brought along for the journey.  When the details of the journey to Australia are considered, it is remarkable that the piano survived.  Salt air, constant changes in humidity, storms, sweltering temperatures and icy rains were all encountered, but miraculously the piano reached Australia. 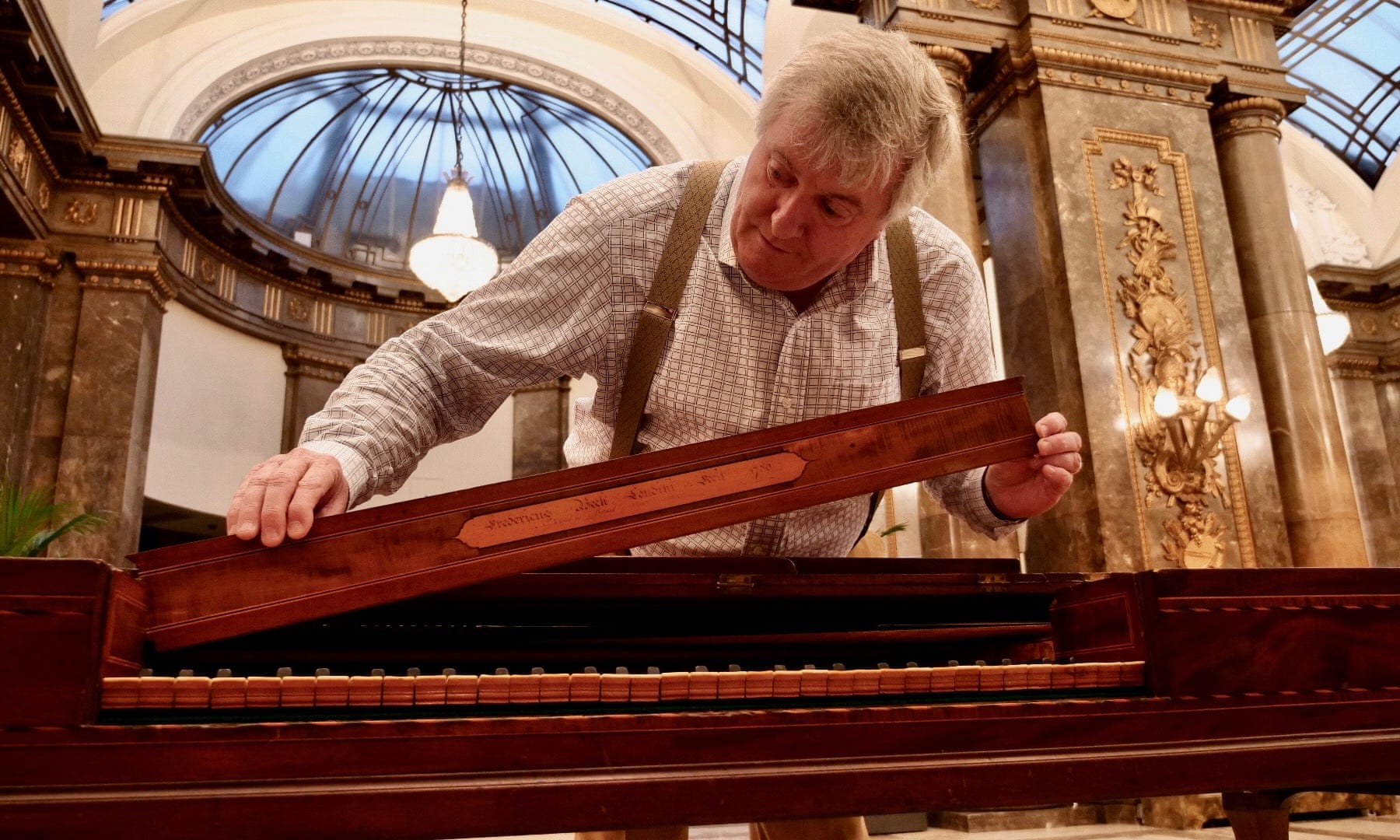 Upon arrival in Australia, the conditions for the piano were no better; temperatures soared to 40 degrees Celsius with high humidity and thunderstorms. Accounts of the piano’s activities after arriving are minimal, and it is only in 1791, when Worgan departed, that the piano begins to be mentioned again. Elizabeth Macarthur, the wife of Lieutenant John Macarthur from the New South Wales Marine Corps and a piano pupil of Worgan, inherited the piano.

Her reaction to this gift is recorded in writing; “he kindly means to leave it with me, and now, under his direction, I have begun a new study, but I fear without my master, I shall not make any great proficiency.” Elizabeth kept the piano for 13 years before selling it. By now, despite a tale of remarkable survival, the instrument was in bad shape.

Yet the story of survival for Australia’s first piano continues. In the mid-1830s, the piano was bought by a family in Windsor. Over one hundred years later, the previously mentioned William Bradshaw purchased the piano. From here, Stewart Symonds purchased the piano, and in 2016 he donated it, along with 140 other pianos, to the Western Australian Academy of Performing Arts.

The most recent twist in the story was in 2019, when the piano arrived back in the United Kingdom for essential repair. Having been bullied on land and sea, Australia’s first piano finally received an overdue health check. But now, back at strength, the piano will return to the Western Australian Academy of Performing Arts and continue being a vital part of Australia’s heritage.