This is the extraordinary story behind the death of Russian pianist Simon Barere (1896-1951), who suffered a fatal cerebral haemorrhage mid-performance at the famous hall

In most circumstances when a musician passes on, we remember them for their music and their achievements.

However, there are times when the circumstances surrounding their death can take on more precedence.

Simon Barere arguably falls into the latter category. Let's delve into his story.

The Russian pianist was born in Odessa (then Russian Empire, now part of Ukraine) in 1896. He showed his pianistic prowess from an young age. Fellow Russian composer Alexander Glazunov had spotted Barere's talents early on, describing him as, “Anton Rubinstein in one hand and a Liszt in the other." Barere was soon studying at the St. Petersburg Conservatory, where he was taught by Felix Blumenfeld; the same pianist who taught Vladimir Horowitz. It is thought that Barere was actually Blumenfeld's preferred student.

Ironically, Barere played annual concerts at Carnegie Hall. He made his debut there in 1936 and shortly after he moved to the USA permanently. His career included a UK tour in 1935 and an Australasian tour in 1947.

Just four years later, he performed what would be his final concert at Carnegie Hall. 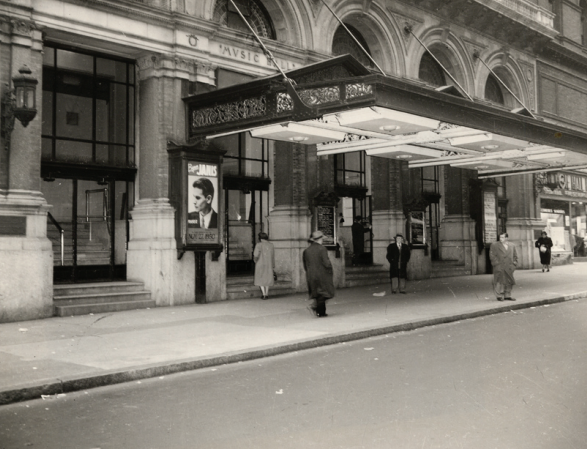 Carnegie Hall in 1950, just one year before the pianist's death

On 2 April 1951, Simon Barere was all set to play the Grieg Concerto in A Minor with Eugene Ormandy conducting the Philadelphia Orchestra in New York when he suffered a fatal cerebral haemorrhage mid-performance. It's reported that he had complained during rehearsals that he wasn't feeling well. However, he was encouraged to go ahead with the performance.

American music critic Olin Downes, who was in attendance at the concert, explains what happened during the recital.

“Mr Barere seemed to be in top form. His entrance solo was brilliantly delivered. But presently this writer was puzzled by the pace of his performance, which seemed excessively fast.

Then comes the passage after the violin-cellos have announced the second theme of developments discoursed between the piano and the orchestra. A moment later it seemed as if Mr Barere were bending over to one side, listening with special attention to the instruments as he matched his tone with theirs. In another moment his left hand fell from the keyboard and in another second he fell senseless from the stool to the floor.

Despite the best efforts of doctors, Barere died backstage.

It's an extraordinary story; one that we all hope never happens again.