Carnegie Hall: The history of one of America's greatest concert venues New Yorker David Hurwitz, editor of Classics Today, offers a fond history of the great American concert hall, with a special look at the pianists who helped make it famous

This article is taken from issue 71 of Pianist.

Carnegie Hall is perhaps the best-known and most iconic performing arts space in the entire United States. It was opened in 1891, but the impulse behind its building predates industrialist Andrew Carnegie, who organised its construction and gave his name to the hall.

In 1871 conductor, composer, and violinist Leopold Damrosch emigrated from Germany to New York. Damrosch had joined Liszt in 1857 as a violin soloist with the Weimar Court Orchestra and was the dedicatee of Liszt’s tone poem Tasso. He was a friend of Wagner and a major proponent of music of the ‘new’ German School. A dynamic presence on the New York musical scene, he led the Oratorio Society of New York, founded the New York Symphony Society, and in 1884, a year before his untimely death, became the General Manager and Music Director of the Metropolitan Opera.

Damrosch’s two sons, Walter and Frank, both became important conductors and educators, while his daughter Clara Mannes was a noted music teacher. Between them, and with help from their musical associates, they led not just the above performing arts organisations, but also helped to establish the Mannes School of Music and what eventually became the Juilliard School. Music in New York, indeed in the US, would not have been the same without this extraordinary family.

After the death of their father, Frank and Walter Damrosch took over the Oratorio Society of New York and the Symphony Society. Andrew Carnegie was a supporter of both organisations, and during an Atlantic crossing in the late 1880s, Walter, a friend of the Carnegies (Mrs Carnegie was a member of the Oratorio Society), approached Andrew with the idea of building a new concert hall in New York spacious enough to house performances by these two musical organisations. 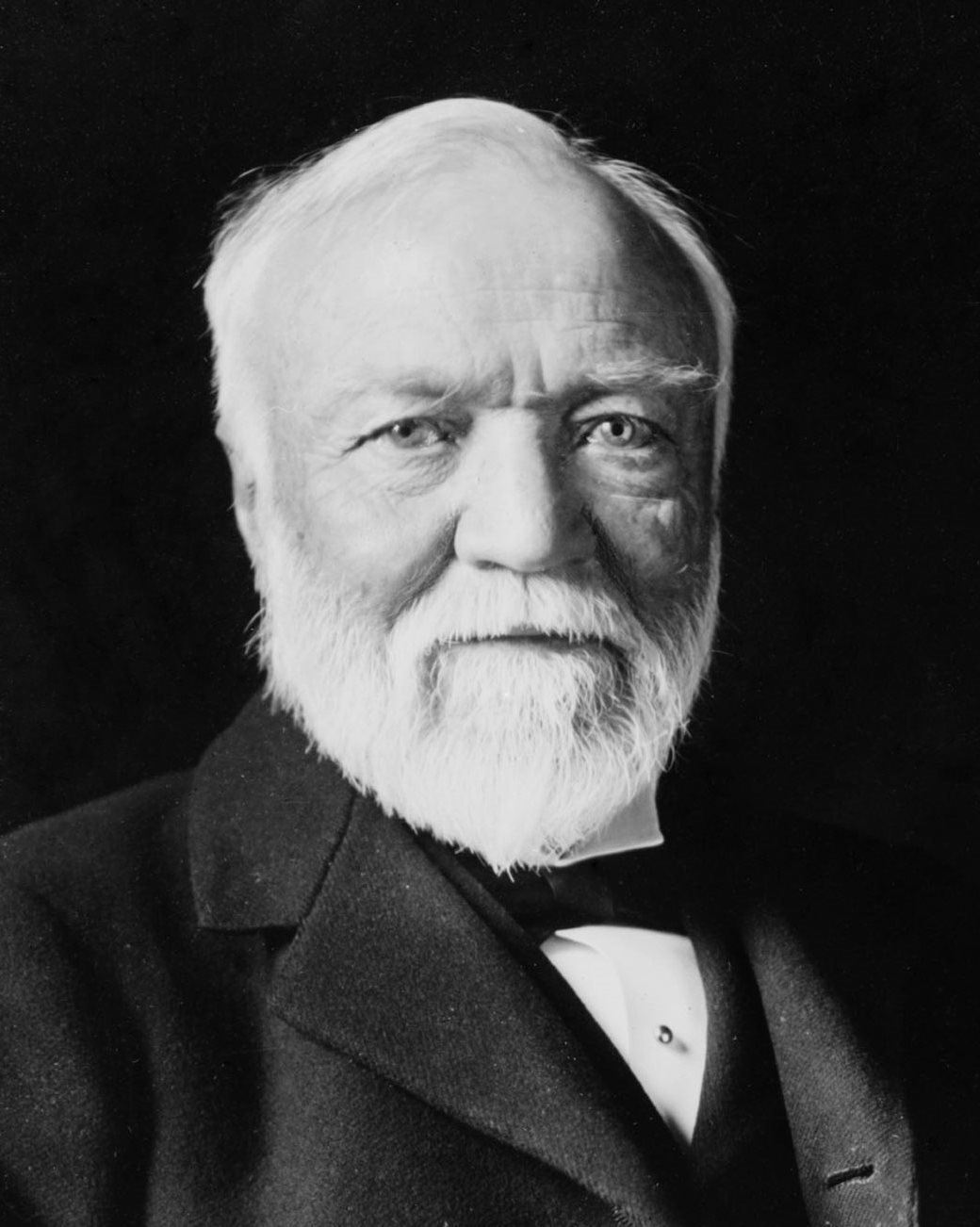 Carnegie was a great supporter of both the arts and educational initiatives, although as Walter Damrosch relates in his memoirs, he was not particularly devoted to music. Nevertheless, Carnegie agreed to organise construction of the new hall, ostensibly as a self-supporting business venture, and construction began at the corner of 57th Street and Seventh Avenue in Manhattan in 1890.

Then, as now, the facility consisted of three performance spaces: the main auditorium of 2,800 seats, a chamber music venue next door seating 270 (now Weill Recital Hall), and a smaller hall below the main auditorium (now Zankel Hall) with a capacity of about 600. It was this last, smaller hall that first opened to the public on 1 April 1891, with a recital by pianist Franz Rummel (1853-1901). Rummel was a popular artist in his day, but his great claim to lasting fame, other than having opened Carnegie Hall, lies in the fact that he married a daughter of telegraph inventor Samuel Morse (as in the code).

Unsurprisingly, most written histories of Carnegie Hall ignore the fact that its illustrious history actually began with a piano recital, citing instead the ‘official’ grand opening of the main hall, a concert on 5 May 1891 featuring Walter Damrosch and special guest of honour Tchaikovsky. But it was a pianist who opened the hall, and another pianist, Ignacy Jan Paderewski, who proved its viability as a performance venue. 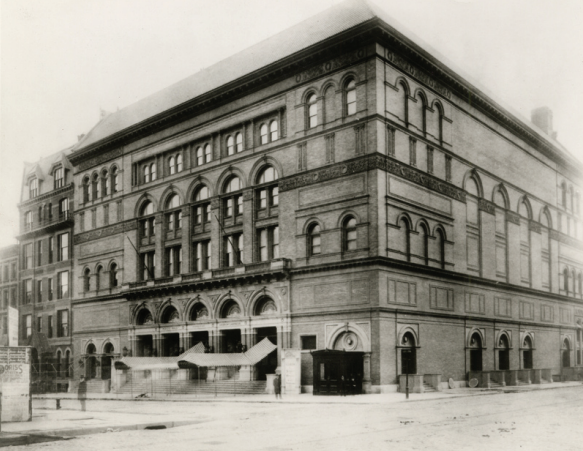 In 1891, New York was not the musical capital of the United States: that honour went to Boston, whose orchestra was considered the finest in the country. Indeed, Carnegie Hall was originally called simply ‘Music Hall’, after Boston’s similarly named venue, but this was considered too evocative of a popular music destination, and so the Carnegie name was added (much to Andrew Carnegie’s dismay). Nor was the 57th Street address at all prestigious. While now the very heart of mid-town Manhattan, back in the day, 57th Street was practically suburbia, home to vacant lots, railway yards and manufacturing. It was certainly not glamorous.

As Gino Francesconi, Carnegie Hall Director of Archives and the Rose Museum, explains, ‘In 1891 the musical heart of New York City was centred on Steinway Hall, which at that time was located in Union Square (14th Street). It was by no means certain that people would travel to the outskirts of the city to attend a musical event. William Steinway proved the doubters wrong when he brought over Paderewski in November of 1891. The concerts were sold out, and other managers took note of Steinway’s success. From that point on it became a measure of an artist’s worth to be able to sell out Carnegie Hall. If an artist was good enough, people would go the extra mile.’ 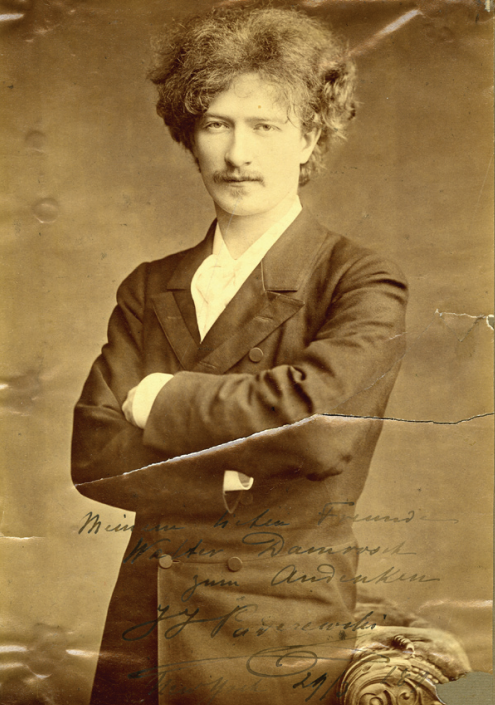 The support of the Steinway Company, which closed its 14th Street Hall in 1890 in favour of Carnegie Hall, turned an out-of-the-way destination to commercial advantage, and it quickly became the musical landmark that it remains today. Cementing the new venue as the major American showcase for pianists, in 1925 Steinway opened a new flagship showroom and recital hall directly across 57th Street.

The Carnegie family retained ownership of the hall until 1925, when it was sold to property developer Robert E Simon, whose family kept it until 1960. Simon’s heirs in turn attempted to sell the property to the New York Philharmonic, which declined the offer on account of its impending move to the new Philharmonic Hall (now Avery Fischer Hall) at Lincoln Center. In hindsight, this move proved to be a remarkably poor decision. Philharmonic Hall turned out to be one of the 20th century’s great acoustic disasters, while the acoustics of Carnegie Hall have always been acclaimed as among the finest in the world. Even after multiple renovations, practically no one would maintain that the Philharmonic’s home withstands comparison to the older hall.

1960s – the fight to avoid demolition

Yet by 1960 Carnegie Hall, now located on a prime piece of mid-town commercial real estate, was marked for demolition. Violinist Isaac Stern led the crusade to save Carnegie Hall, which was purchased by the City of New York from the Simon family and reorganised in its current configuration as an independent not-for-profit corporation. In 1962 the building was awarded National Historic Landmark status. 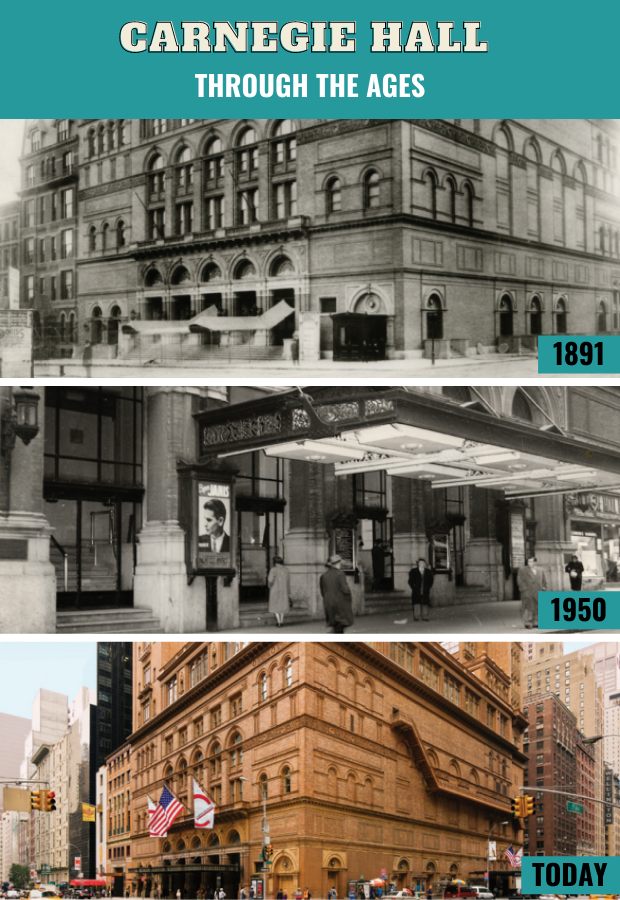 Which pianists have appeared at Carnegie?

It is practically impossible to know exactly how many pianists have performed at Carnegie Hall in the years since 1891. Archivist Gino Francesconi recalls that for a 2003 exhibition, ‘I drove my assistants crazy getting together a list of every pianist ever heard at the hall. We stopped around 4,000.’ One noted pianist, Simon Barere, actually died at the hall from a cerebral haemorrhage that he suffered during a performance of Grieg’s Piano Concerto with Eugene Ormandy and the Philadelphia Orchestra. 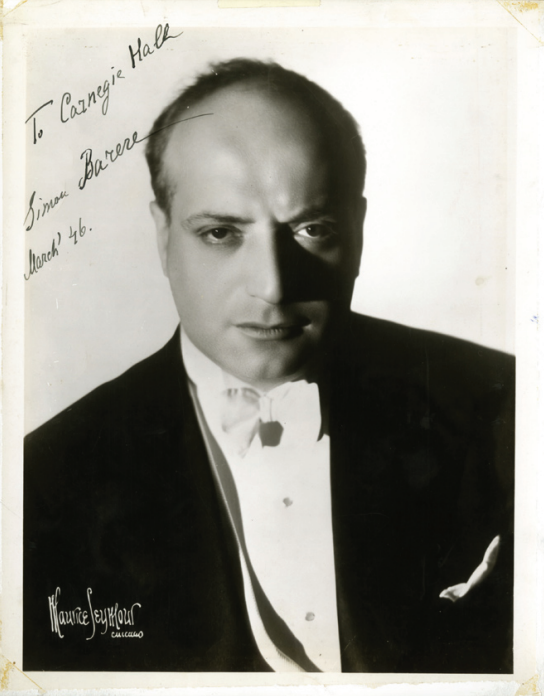 Carnegie Hall was also the site of the famous performance of Brahms’s First Piano Concerto featuring Glenn Gould and the New York Philharmonic under Leonard Bernstein on 5 April 1962. Bernstein made a speech disavowing Gould’s view of the work with its incredibly slow tempos. Interestingly, the broadcast of the concert on the following day also includes Bernstein’s speech, but at the Friday concert Gould’s tempos were relatively normal, and so the recording does not capture Gould’s controversial interpretation of the previous day. 1962 was also the last year that the Philharmonic played in Carnegie Hall before moving to Lincoln Center.

You can hear the speech and performance in full below.

On 23 January 1943, Carnegie Hall hosted a landmark musical event in the history of American jazz: the premiere of Duke Ellington’s Black, Brown and Beige. Ellington’s longest and arguably most ambitious single composition, it had only been performed complete at a try-out in Rye, New York, the previous night, and five days later in Boston’s Symphony Hall. Fortunately, the evening was recorded and has been released (Ellington also recorded excerpts and his own suite from the work on multiple occasions).

Other than its inherent importance, the Ellington concert highlights that fact that Carnegie Hall has never been exclusively a classical music venue, but has featured the finest music and musicians of popular music and jazz as well. Some of the more famous names include Bix Biederbecke (1928), Fats Waller (1942), Oscar Peterson (1950), Liberace (1953), Thelonius Monk (1957), Elton John (1972) and Billy Joel (1998).

Perhaps the most famous Carnegie Hall solo concert in living memory was Vladimir Horowitz’s return to the concert platform on 9 May 1965 after an absence of 12 years. Horowitz had made his US debut with the New York Philharmonic under Thomas Beecham on 12 January 1928, following up with a solo recital on 20 February. He had ‘retired’ from performance in 1953 after his last concert at Carnegie Hall. In 1962, Horowitz began making recordings again, and at last had consented to appear in public. Tickets sold out in two hours, and the pianist’s wife, Wanda Toscanini Horowitz famously purchased one hundred cups of coffee for fans that had spent a rainy night camped out on the street.

Fortunately, this event was captured by Sony Classical (then Columbia), and has been available in one form or another in decent sound ever since. It contains some of Horowitz’s most highly regarded performances, including Schumann’s Fantasy in C and Scriabin’s ‘Black Mass’ Sonata.

Which composers have appeared at Carnegie?

Ever since the first performance of Dvořák's ‘New World’ Symphony on 16 December 1893, Carnegie Hall has witnessed numerous world premieres by composers great and not-so-great. Some of the most notable include Richard Strauss’s autobiographical Sinfonia Domestica, Gershwin’s Concerto in F and An American in Paris, Rachmaninov’s ‘Corelli’ Variations, Bartók’s Contrasts, Hindemith’s Symphonic Metamorphosis of Themes by Carl Maria von Weber and Stravinsky’s Symphony in Three Movements.

The list of pianist/composers performing their own works, either solo or with orchestra, at Carnegie makes for fascinating reading: Saint-Saëns, Scriabin, Respighi, Prokofiev, Copland, Antheil, Chaminade, Busoni, d’Albert and as mentioned above, Bartók, Gershwin and Rachmaninov. The latter, in particular, might almost have served as ‘house composer’. He appeared more than 90 times between 1909 and 1942. This was not a record. Arthur Rubinstein performed at Carnegie Hall 136 times between 1906 and 1976, including in 1962 a ten-concert charity marathon inspired by Sviatoslav Richter’s eightconcert US debut at Carnegie Hall at the end of 1960. 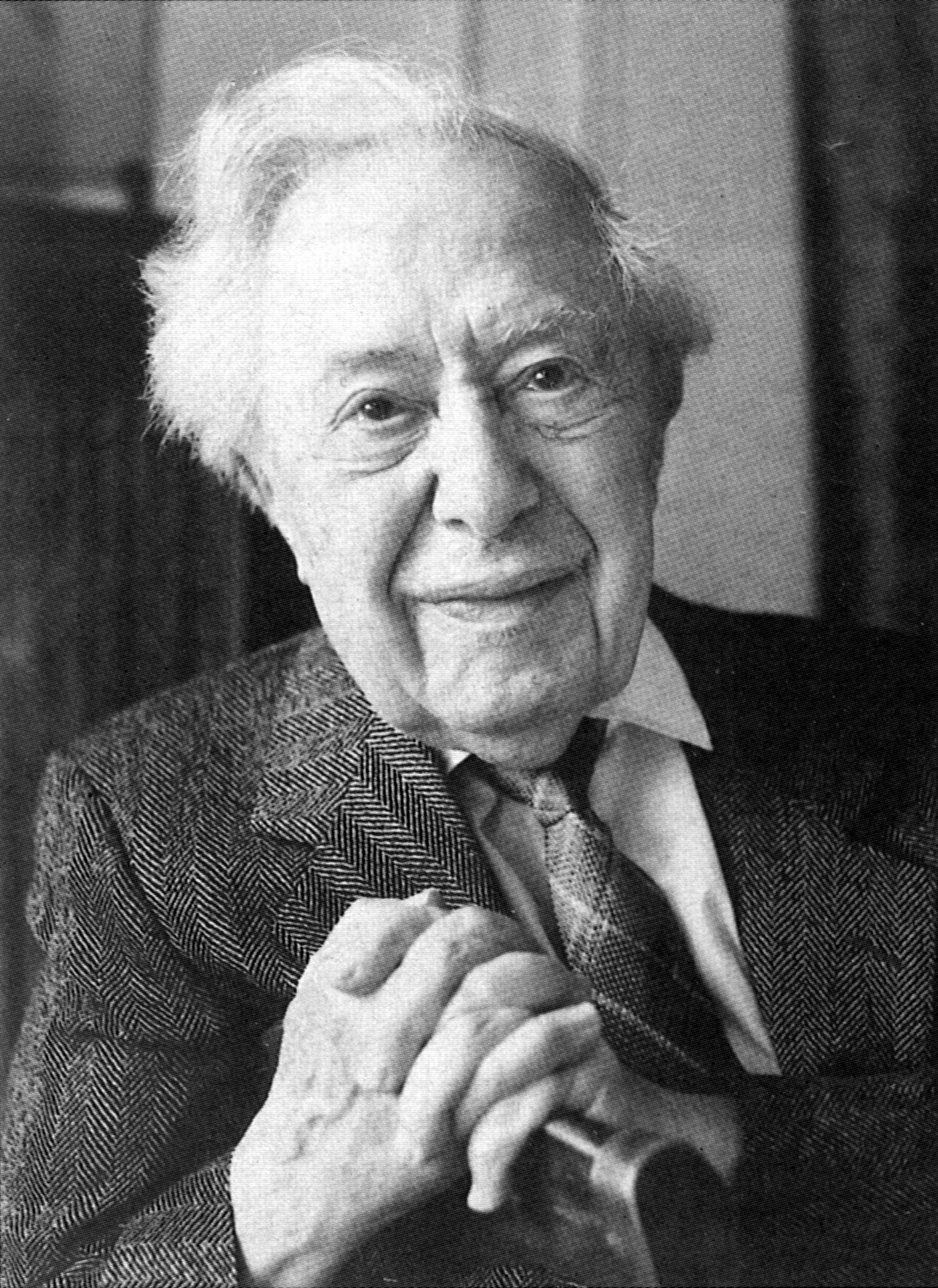 Perhaps the most wonderful and awe-inspiring Carnegie Hall performance milestone came courtesy of pianist Mieczysław Horszowski, who at 15 made his debut in 1907, and played his final concert 83 years later, on 23 April 1990, at the age of 98. It was a magical event, sold out of course, and the blind artist could hardly walk to the piano. But when he sat down at the keyboard the transformation was amazing: his sound filled the room effortlessly, and his playing was virtually note-perfect. It was one of those recitals in which the artist simply vanishes into the music; nothing comes between the listener and a direct experience of the composer’s inspiration.

Horszowski, as fate would have it, actually shares the honour of oldest pianist (or artist of any type) to play a solo recital at Carnegie Hall: jazz great Eubie Blake was also 98 at the time of his final appearance.

This brief survey, with its emphasis on pianists, barely scratches the service of the rich musical heritage embodied in the name Carnegie Hall. It is the history of music in 20th-century America – the entire century. Over the decades, the hall has boasted artist residences, shops (along 7th Avenue) and a movie theatre (currently Zankel Hall). One of New York’s most famous delicatessens, the Carnegie Deli, is named after it (don’t eat there before the concert if you’re prone to heartburn). It has been the subject of a feature film, Carnegie Hall (1947), with cameos by Jascha Heifetz, Fritz Reiner, Arthur Rubinstein, Walter Damrosch and Leopold Stokowski, among others.

You really know that a landmark has penetrated to the depths of cultural lore when it has its own proprietary joke, and Carnegie Hall has one:

Tourist: How do you get to Carnegie Hall? New Yorker: Practise!