Víkingur Ólafsson has been announced as Artist of the Year at the Gramophone Awards 2019.

The Icelandic pianist accepted the prestigious prize in person during the awards ceremony, which took place at the De Vere Grand Connaught Rooms in central London. The Gramophone victory adds to an impressive run of award-winning success for Ólafsson and his Deutsche Grammophon album Johann Sebastian Bach – he has already won Performer of the Year and Album of the Year prizes at the Icelandic Music Awards (March 2019), Best Instrumental Album and overall Album of the Year at the BBC Music Magazine Awards (April 2019) and Best Solo Recital at the Opus Klassik Nacht in Berlin (October 2019).

To celebrate Ólafsson’s triumphant award season, Deutsche Grammophon, for whom he is an exclusive recording artist, has released J. S. Bach – Works & Reworks, a deluxe version of his two Bach albums. Ólafsson has also teamed up once again with director Magnús Leifsson to make a second Bach video – a follow-up to last year’s captivating collaboration – offering another contemporary take on the composer’s music. 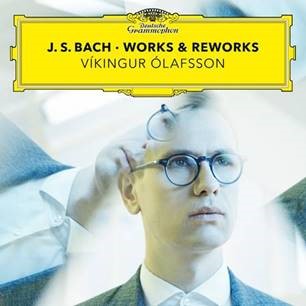 Leifsson was delighted to work with Ólafsson again: “I feel I’ve never worked with an artist where the whole process of bouncing ideas around is such a nice creative dialogue filled with humour and trust.” The atmospheric new video accompanies the Andante from Bach’s Organ Sonata No.4, transcribed by August Stradal. Watch the teaser clip here.