Developer Modartt has officially released version 8 of its Pianoteq software, with plenty of exciting updates for its users.

Version 8 of Pianoteq introduces re-voiced instruments for piano, Classical Guitar, a refined GUI, new features, and compatibility with forthcoming iOS version. A newly developed model of a Classical Guitar is included in demo mode for your evaluation and it can be purchased separately. Let's take a closer look at its new features.

All contemporary acoustic pianos in Pianoteq, the Vintage Reeds electric piano and the Concert Harp have been carefully re-voiced in order to increase authenticity and playability of these instruments. Pianoteq's virtual instruments are physically modelled, meaning they can simulate the playability and complex behaviour of real acoustic instruments. Everything is tailored to suit demanding recording projects and performances. 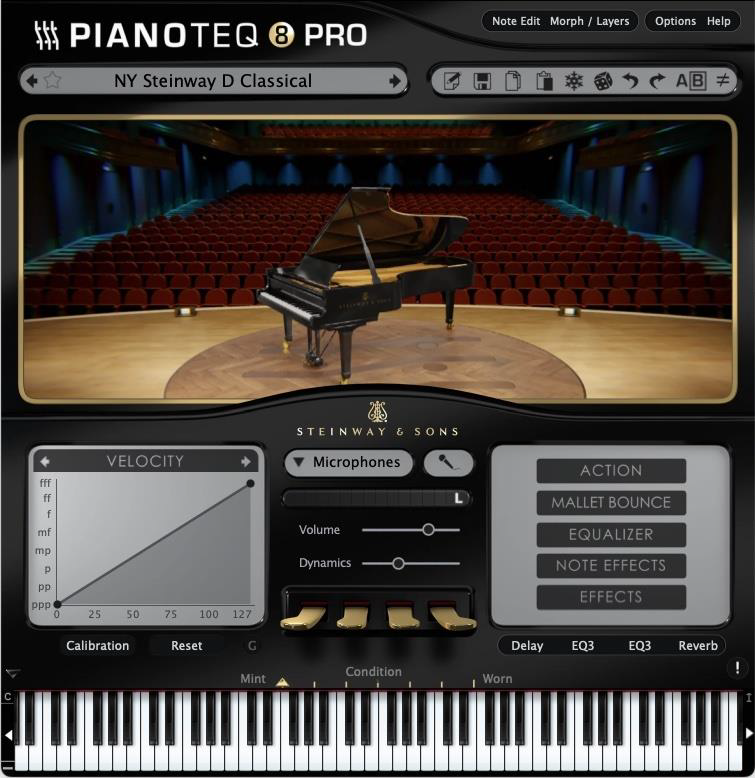 For those that want to branch out from the piano and have a go at Pianoteq's other array of instruments, try the brand-new Classical Guitar sounds.

The nylon Classical Concert Guitar for Pianoteq introduces a new and exciting category of physically modelled instruments, with emulated gestures and natural instrument noises for breath-taking realism. The instrument UI is designed so that you do not have to be a guitarist to use it. Various tweaked presets are offered, ranging from a 12-string acoustic guitar to a Greek bouzouki or even an electric guitar. Why not give it a go?

Pianoteq's GUI – Graphical User Interface – has had an impressive upgrade. It now offers a fresh streamlined user interface, enhancing readability and usability. Instruments and scenes are now nicely displayed for a clear presentation of selected presets, meaning the Pianoteq software has now become even more accessible to those that may be new to music software.

A number of other new features have also been introduced. Among these are sympathetic resonance fed by external audio input, user defined stretch points for piano fine tuning, and per-note vibrato and tremolo effects. Additionally, Pianoteq will soon be available for Apple iOS.

Take a closer look at the full range of updates below.

Want to try Pianoteq out for free? Download a free trial version here