The Piano Brothers announce their only 2019 UK show 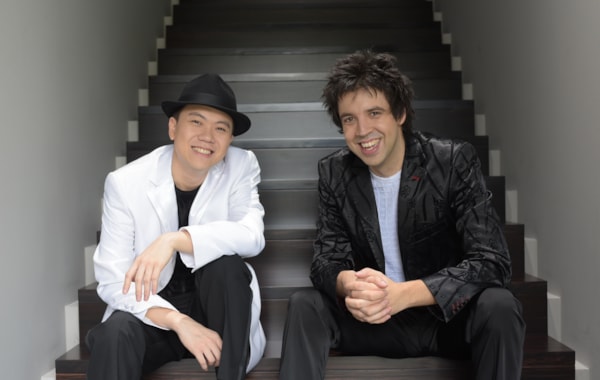 Dominic Ferris and Elwin Hendrijanto will play Live at Zédel, London, on September 10

The Piano Brothers are set to perform at live at Zédel in London’s Piccadilly on Tuesday 10 September at 7.00pm and 9.15pm. This will be the only time the pair perform together in the UK this year.

The Piano Brothers will be performing pieces from The Greatest Showman Suite and Muse’s Uprising, as well as a new arrangement of Disney’s The Lion King to celebrate the film's release this year. There will also be trademark renditions of Coldplay’s Viva La Vida and Adele’s Rolling in the Deep alongside their own compositions including Ballade For Steinway.

Both now internationally renowned musicians in their own right, Dominic Ferris (from the UK) and Elwin Hendrijanto (from Indonesia) met whilst training at The Royal College of Music. As The Piano Brothers, they have recently collaborated with The London Symphony Orchestra to record their symphonic arrangements of Muse's Uprising at Abbey Road Studios. Their recordings and arrangements have featured on several albums including those with The Royal Philharmonic Orchestra which have sold several million records worldwide.

Dominic Ferris said: 'Elwin and I are both really looking forward to performing again in London. This will be the one and only chance to catch a full Piano Brothers concert in the UK this year due to the short time we are in London together. We are very excited to be presenting many of our new piano arrangements - never before performed to our London audience. These shows will also allow an 'up close and personal' experience being just a few feet away from the pianos in the intimate environment of Zédel.'