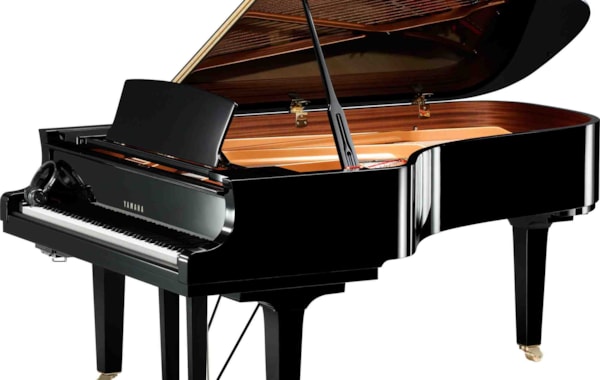 <p> Yamaha has given its Silent Piano range a makeover. Esteemed writer Gez Kahan dons the headphones and listens in. Read this extract from the current issue of <em>Pianist</em></p> ...

In a silent way

Let’s think about the traditional piano in the modern world. It has, to all intents and purposes, stayed the same for more than a century while its surroundings have changed significantly. There are more entertainment options, for instance. The piano now competes for attention with recorded music, radio and television broadcasts, and mobile devices. There are more people, living closer together, in less sturdily constructed dwellings too. An instrument whose sound travels annoyingly easily through modern walls – even when played piano rather than forte – is not going to be everyone’s favourite.

A mechanical solution of sorts has long been around. There are both ‘soft’ and ‘practice’ pedals on many uprights that reduce the hammer travel and therefore restrict the volume. For occasions when even that is too loud, taking the principle to its logical conclusion results in the incorporation of a bar that stops the hammer before it can even touch the strings. That makes for truly silent practice; the drawback being that while a truly silent piano won’t upset the neighbours, it won’t offer much value (or enjoyment) to the player either. That ceased to be the case once digital technology had become affordable enough to make fitting a sound module (plus the 88 individual sensors necessary to trigger it) an economic proposition.

While various firms were quick to jump in to offer retrofits, it’s no surprise that 20 years ago Yamaha led the pack in providing the technology as a factory-fitted option. The company continues to update its technology – the latest incarnation being the new SH Silent Piano series, which Yamaha says embodies significant technological advances.

This is, indeed, more than a tweak, although the advances apply to the piano in silent mode rather than when used loud and proud as a traditional acoustic piano. In traditional mode – for when there are no neighbours to upset, when the television is off and when the kids aren’t preoccupied with homework – each of the 20 new SH-fitted models is indistinguishable from its equivalent standard (i.e. ‘non-silent’) model. In other words, these are all bona fide traditional pianos, with a model to suit most spaces (and budgets), ranging from small uprights to large grands.

The technological innovations only really become apparent once you activate silent mode (accessible via the middle pedal on upright models or by pressing a button on grands), effectively changing the instrument from an acoustic to a digital piano. If you’re familiar with Yamaha’s earlier silent pianos, the first thing you’ll be aware of is a higher quality of sound. It’s not that the previous technology was anything to be ashamed of. Rather it’s that things have moved on.

In an acoustic piano you have controllers – keys – that cause hammers to move. You have a series of sound sources – strings – that are activated when the controllers cause the hammer to strike. And there’s an amplification system – the soundboard and the piano’s cabinet. It’s the quality of all those elements that defines the sound of the instrument.

Similar principles lie at the heart of digital piano technology, although they might appear vastly different. Keys are still controllers, but instead of moving hammers they trigger sensors. You have sound sources, but instead of being strings they are a series of snapshot recordings – samples, to use the technical term – of the sound of strings being struck. These are encoded into a sound processor, ready to be activated by the sensors. And you have an electronic amplification system – which, in the case of a silent piano, transmits the sound to headphones. [Cont...]