Steinway & Sons has launched its revolutionary new software, SPIRIOCAST, which allows live, remote performances from one Steinway & Sons Spirio piano to another in real time – no matter where in the world this might be.

Lang Lang illustrated the new possibilities of SPIRIOCAST at the Elbphilharmonie in Hamburg with an intimate private concert to celebrate its launch. For the first part of the concert, Lang Lang played a selection of pieces from his new album, The Disney Book, remotely from a Steinway studio in a different part of the city. This performance was then broadcast directly to the Steinway piano on stage at the Elbphilharmonie.

Later, Lang Lang appeared at the venue in person and performed the Goldberg Variations before being joined by wife Gina Alice for a duet performance of Brahms's Hungarian Dance. 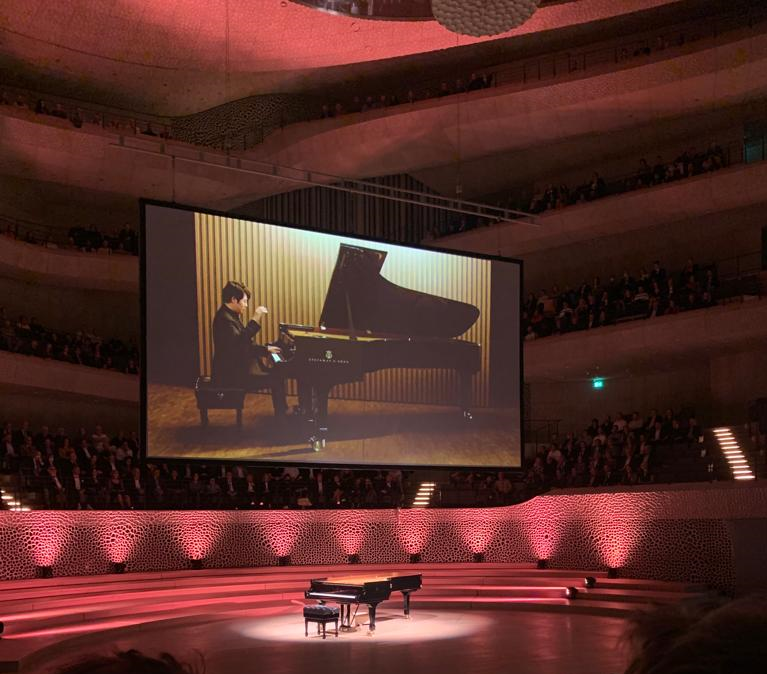 The superstar pianist performed a short set at the Steinway & Sons Spirio Studio located opposite the Steinway factory on the outskirts of the city while guests enjoyed the concert in real-time, with a live video broadcast, at the Elbphilharmonie in central Hamburg. This 'live' performance across town signalled the next step in the evolution of SPIRIO | r, Steinway's high-resolution player piano, which was launched in 2019.

As a SPIRIOCAST host, one can easily invite listeners to a broadcast from the SPIRIO app on the iPad. Once the host goes live, video and audio from the iPad will be transmitted to the listener’s iPad — or any connected device, such as an external monitor. When the host plays, the 'listening' SPIRIOs perform along in real time – wherever they might be based.

In addition, Steinway presents a series of intimate and unique live piano performances by world renowned Steinway artists each month, exclusively available to SPIRIO owners across the globe.

SPIRIOCAST is a technology that allows the broadcast of high-resolution music data, perfectly in sync with video and audio, from one SPIRIO | r to one (or many) Spirio instruments across the globe. The Steinway-patented proprietary sensor system in SPIRIO | r captures the movements of the piano’s hammers and pedalling, and SPIRIOCAST transfers the high-resolution data to recreate an identical, perfectly in-sync, unfiltered audio, video and acoustical experience on any number of connected SPIRIOs receiving the cast.

Video and audio of a performer is captured by the iPad provided with each SPIRIO and is broadcast over the internet in synchronisation with the music data. Whereas SPIRIO | r allows customers to record, edit, playback, search and save their performances, SPIRIOCAST takes technology to the next level and offers new possibilities to share musical performances with each other.

“We have successfully harnessed technology to recreate and transmit a musical acoustic experience that would have been unthinkable prior to Spirio," comments Eric Feidner, Chief Technology and Innovation Officer at Steinway & Sons.

"It comes about from the hard work and drive we have at Steinway to ensure we constantly innovate. We feel very lucky to be working with many of the world’s finest pianists, it is an honour to capture every nuance of their playing, developing software and hardware that faithfully reproduces those performances on the finest acoustic pianos in the world.”

Steinway will appear inside the upcoming 2023 Pianist's Piano Buyers Guide, which will include a behind-the-scenes look at the technology. Pre-order your copy here:

Find out more about Steinway and its new software here.