Funds from the sale of the piano will go directly to The Julian D. King Gift Foundation, a charity ran by the film's star, Jennifer Hudson, and her sister.

Steinway and brand-new film 'Respect' have partnered up to give away a stunning Boston UP-118S Performance Edition piano.

The piano features a unique design painted by New York muralists MenaceResa, a duo selected by the film's star, Jennifer Hudson, for their innovative work combining fine art and graffiti writing. The piano’s painted case is also adorned with more than one thousand Swarovski crystals. This one-of-a-kind instrument will now be placed on auction, with all proceeds destined for Hudson and her sister's foundation; The Julian D. King Gift Foundation.

The Foundation was set up by the pair in 2008 in memory of their nephew, Julian, who was sadly murdered.

The auctioning of the piano coincided with the film's American release date of 13 August 2021 – a film chronicling the rise of Aretha Franklin to her reign as the world’s 'Queen of Soul'. This collaboration is a natural outgrowth of the long affinity Aretha Franklin had for Steinway. She was known to consistently play Steinway pianos throughout her life and performance career, and 'Respect' honours her preferences by featuring Steinway in some of the film’s most compelling musical moments. 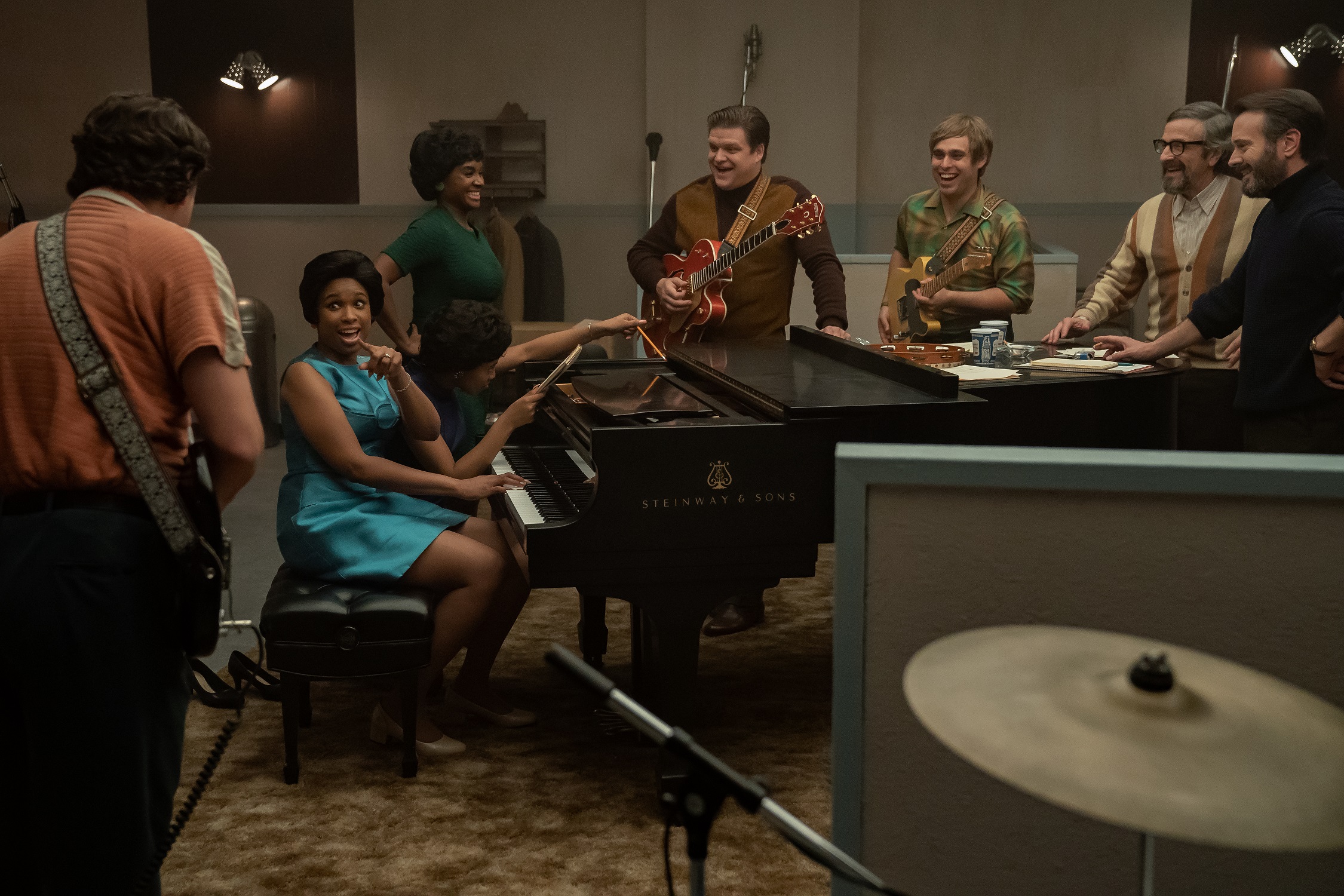 Jennifer Hudson (second from left) sits at a Steinway piano in a shot taken from the film 'Respect'. ©2021 Metro-Goldwyn-Mayer Pictures Inc. All Rights Reserved.

Gavin English, President of Steinway & Sons Americas, comments, “Certainly, everyone at Steinway is very proud that our pianos are featured so prominently in this amazing film. But the connection to 'Respect' has become so much more meaningful for our ability to collaborate with Ms. Hudson and the film and raise money for her foundation.

"The Julian D. King Gift Foundation has helped so many young people and will continue to do so for years to come. We are thrilled to be able to donate this piano – an outstanding piece of art in its own right, to honour Julian and to help fund the Foundation’s activities.”

The Aretha Franklin RESPECT Boston 118S will be on auction through until 27 September 2021. You can submit a bid here.