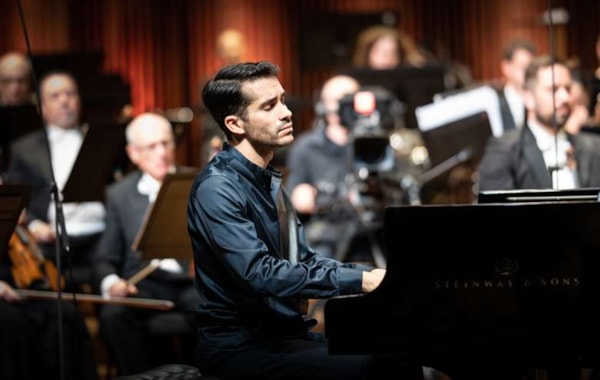 Juan Perez Floristan has been announced as the winner of the Rubinstein Piano Competition, which culminated.

The competition culminated earlier this week at the Tel Aviv Charles Bronfman Auditorium in Israel. A total of six competitors, from the initial 32, had made it through to the final rounds.

With a thousand audience members in the hall and many more watching from around the world online, the finalists had – over the past few days – played piano quintets, classical concertos with the Israel Camerata Jerusalem and, finally, romantic concertos with the Israel Philharmonic Orchestra. The prize for first place was a gold medal with a portrait of Rubinstein illustrated by Picasso, a cash prize of $40,000 and many guaranteed engagements internationally. Second prize is a silver medal and $20,000; third place is a bronze medal and $10,000. All the other finalists win $6,000 each.

In addition to the main three prizes, other prizes were awarded as follows:

The Competition's artistic director Ariel Cohen comments, "I am happy that we were able to hold the competition this year, despite the difficult conditions and restrictions placed on us by the the Covid epidemic.

Not only did we hold it but we managed despite the limitations to provide the audience with quality competition with a particularly high level of musical and professionalism that the competitors presented this year. We are now curious to follow the development of the winners' careers and look forward to seeing them in the coming years at the height of their prosperity and success."

Many of today's piano stars began their careers after winning medals at the Rubinstein Competition, among them: Emanuel Ax (1974), Gerhard Oppitz (1977), Alexander Korsantia (1995), Kirill Gerstein (2001), Alexander Gavrylyuk (2005), Igor Levit (2005), Khatia Buniatishvili (2008), Boris Giltburg (2011) and Daniil Trifonov (2011). More than simply a piano contest, the Rubinstein Competition is always a special musical event, with all stages of the competition open to the general public, who are welcomed to enjoy the best of today's talents and spot the stars of tomorrow.