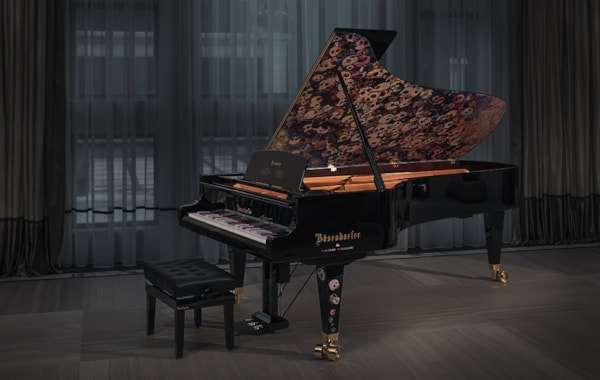 If you're anything like us, your mouth fell wide open when you saw these images; if not for the haunting design on the inside lid, then definitely for the colour-coordinated keyboard.

This Bösendorfer 380VC Concert Grand piano sits in the house of rapper Drake in Toronto. It certainly won't look out of place; he is well known for his lavish taste in interior design.

The piano was designed by world renowned architectural and interior designer Ferris Rafauli, who also designed the entirety of the inside of Drake's house. Rafauli wanted to create something exclusive, unlike any other piano in the world. He has certainly succeeded in doing that. 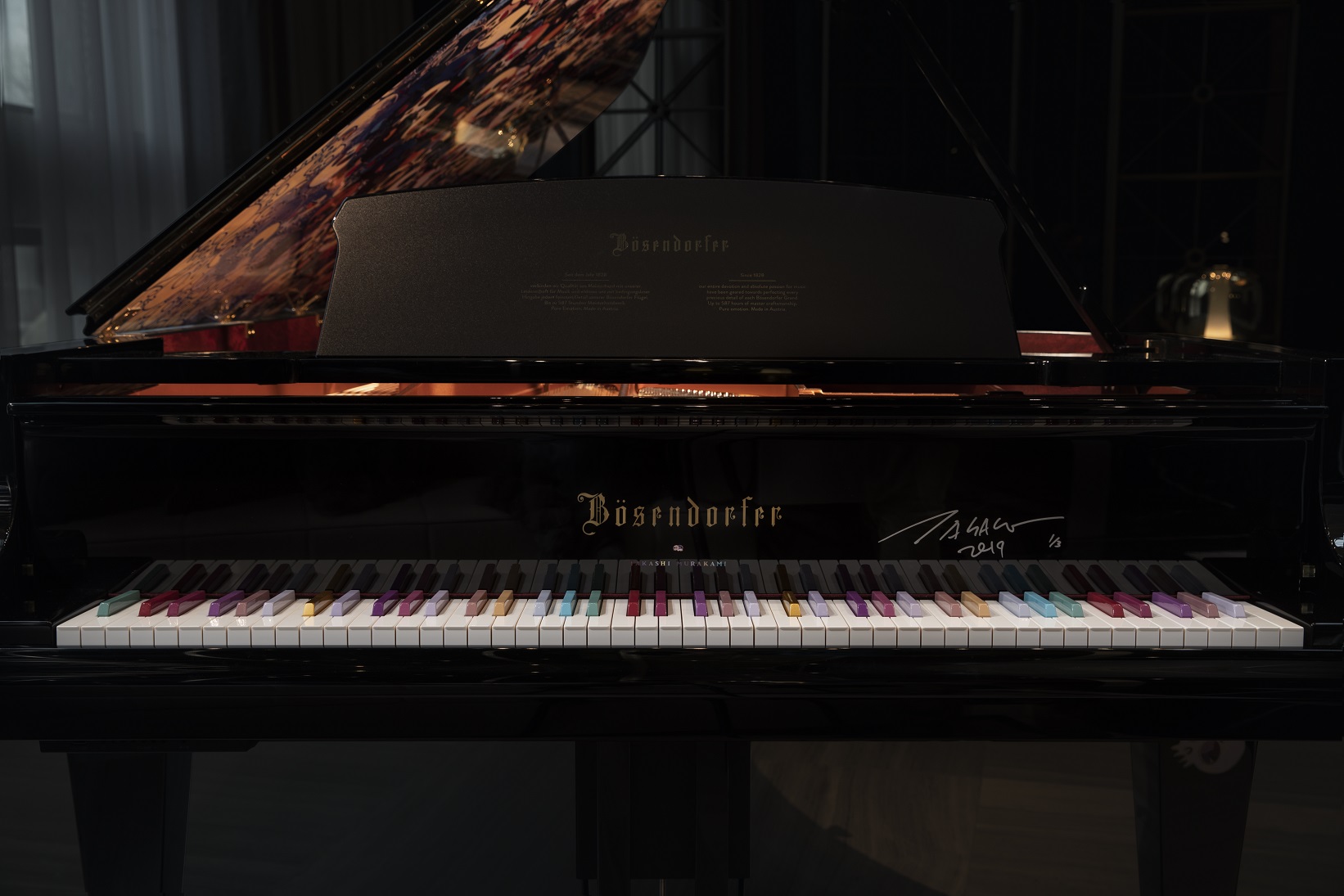 For this particular piano, Rafauli collaborated with Takashi Murakami – a Japanese contemporary artist – to design the piano. Murakami is the founder of the post-modern Art movement known as 'Superflat', which is influenced by Japanese artistic tradition and post-war Japanese culture. The design was then sent to Bösendorfer for the custom manufacture of their collaborated designs. 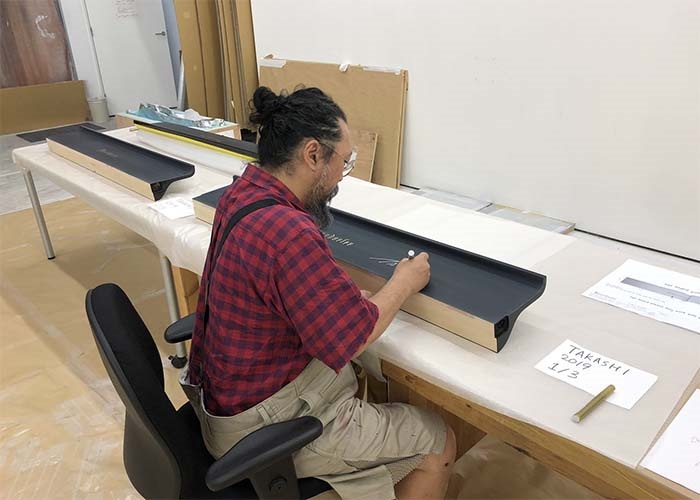 Takashi Murakami engraves his signature onto the piano's fallboard

The colour-coordinated keys in particular make for very interesting viewing. As you can see, the colours are repeated every three octaves. We're unsure why, but it certainly makes us want to have a play. 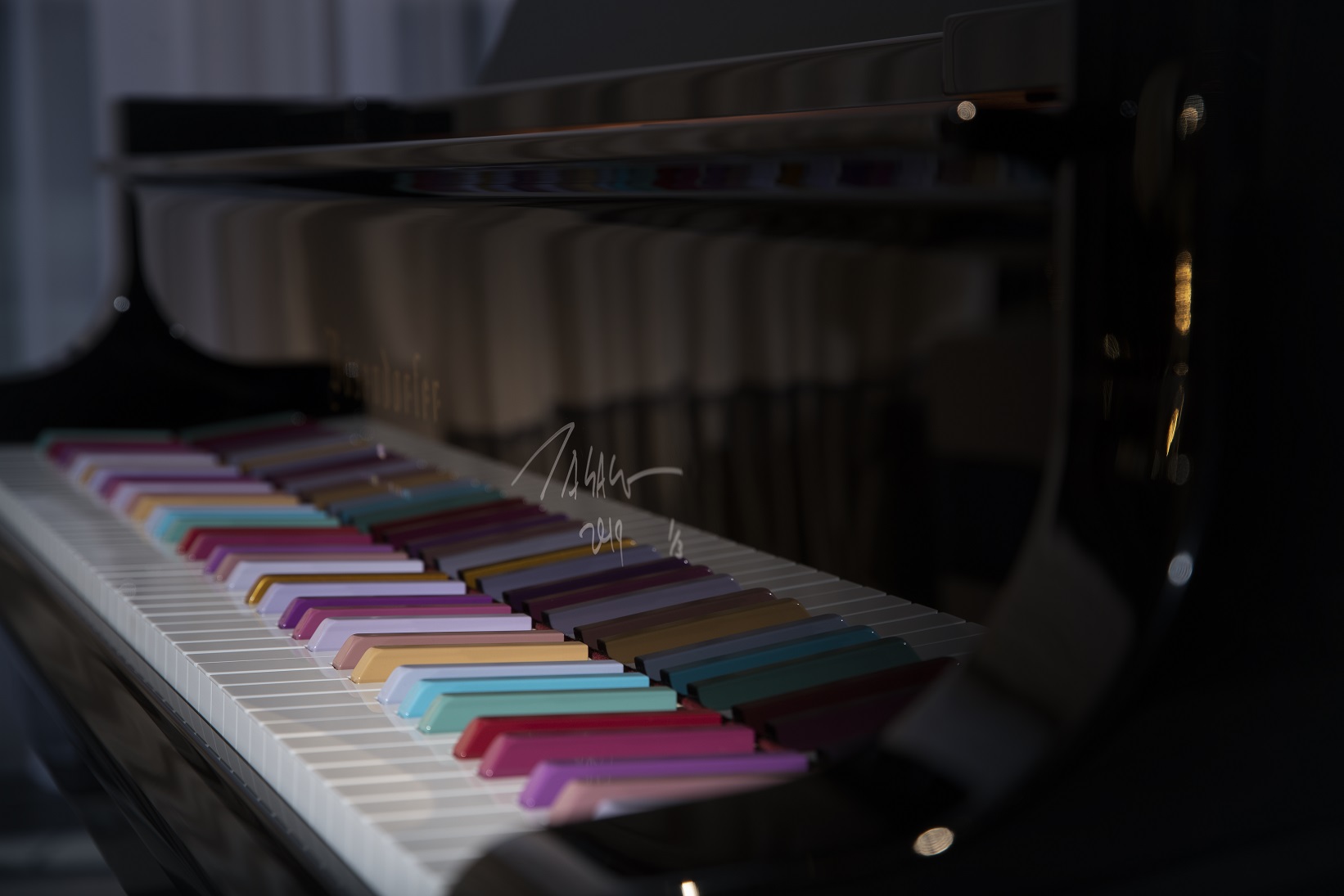 As for the intricate skulls on the inside of the piano lid, whether they are to your taste or not, they are certainly an eye catcher. 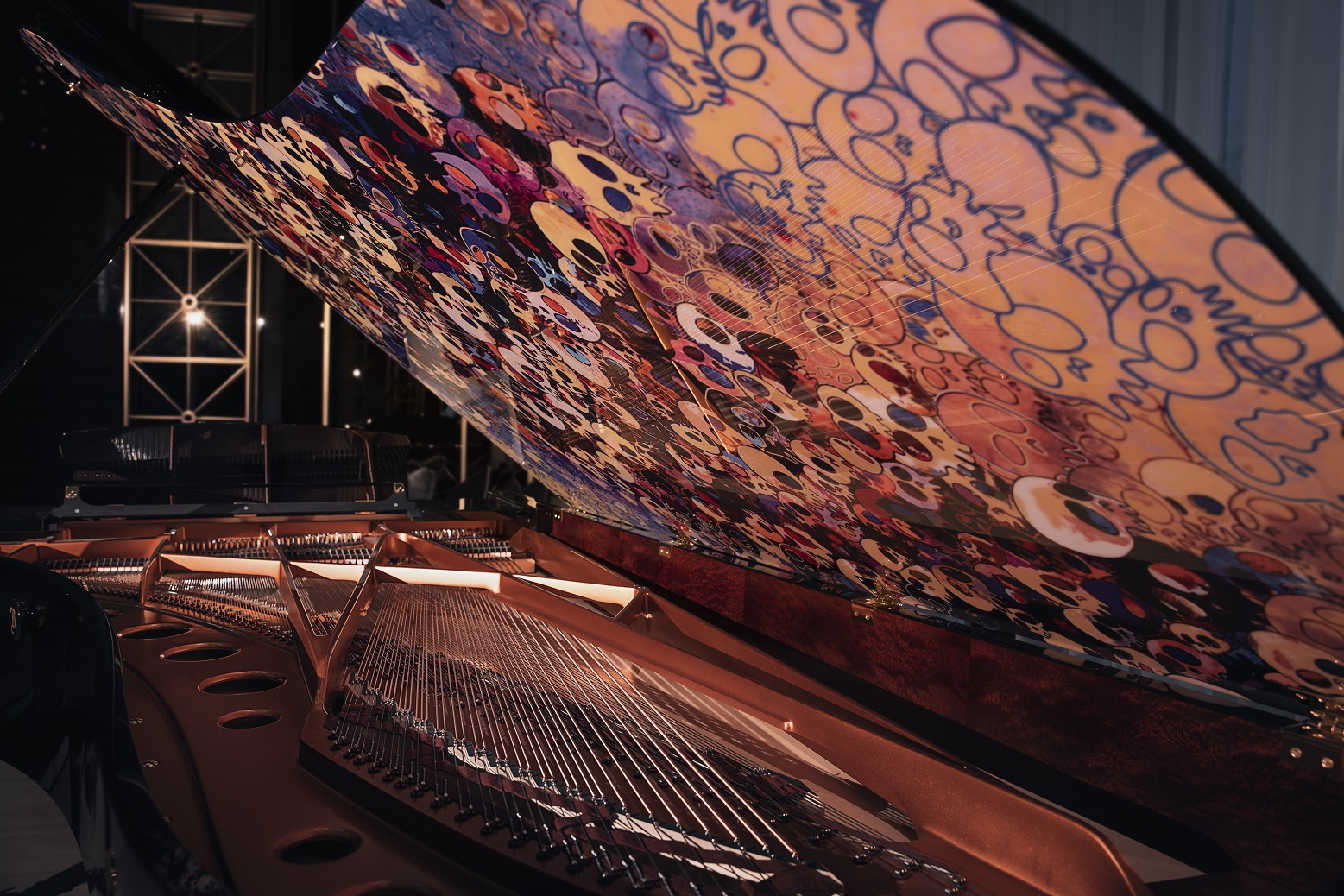 It's safe to say that this is definitely a one-of-a-kind piano.

Well, it's actually three-of-a-kind; there are two more in existence! Their location just so happens to be a secret.