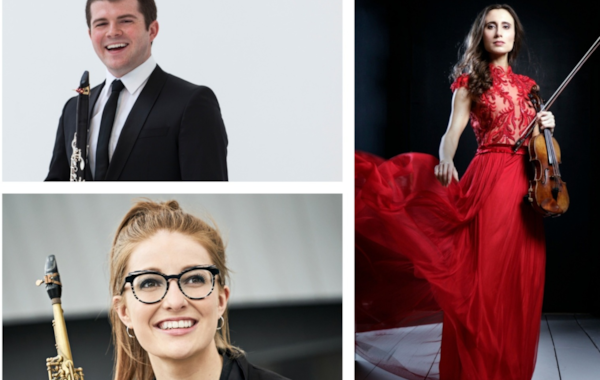 The UK charity AYM will celebrate its 20th anniversary this autumn.

To celebrate their 20th Anniversary, AYM will release 20 short films that follow the stories of young people from low-income families, whose lives have been transformed by access to music education.

'Every child deserves the chance to make the most of their potential in life,' says Sir Simon Rattle, AYM’s first Patron. 'The barriers are high if a family is struggling financially and if life is challenging in other ways too. AYM makes a musical life possible for everyone, no matter where they come from, and these films demonstrate the impact that this kind of support can have.'

'We spoke to young people ranging from secondary school students to those in their early thirties, all of whom have been financially supported by AYM at one time or another,' adds AYM Chairman Philip Jones. 'Some pursued a career in music, while others chose an entirely different career path. What they have in common is a life enhanced by access to music education. We wanted to share their stories.'

One of the young artists featured in the series is AYM’s youngest ever Patron Jess Gillam, who became the first saxophonist to reach the final of the BBC Young Musician Competition in 2016. 'Music is such a part for of who we are as humans, it’s a way in which we express ourselves,' comments Gillam. 'Every child should have the opportunity to experience it.'

Also appearing in their own films are Julian Bliss, who – alongside a stellar performing career – has designed affordable, quality clarinets for the next generation; Jennifer Pike, who won the BBC Young Musician Competition at the age of 12 and now enjoys a career as one of today’s most successful young violinists; Duncan Ward, an internationally renowned conductor who was offered a position with the Berlin Philharmonic by AYM Patron Sir Simon Rattle; Zara Hudson-Kozdoj, whose journey from humble beginnings to Chineke orchestra cellist shows how music can enable social mobility; and Shane Underwood, who is now serving his country as a member of the Royal Air Force Band.

The films will be published on the AYM website from late September onwards. The charity will also hold a fundraising event at Wilton’s Music Hall in London on 29 October 2018. Young people from AYM’s respective programmes will share the stage with Alumni and Patrons for a performance that celebrates the charity’s 20-year history.