A composer's response to Brexit: a new composition for 28 pianists on 28 Steinways! 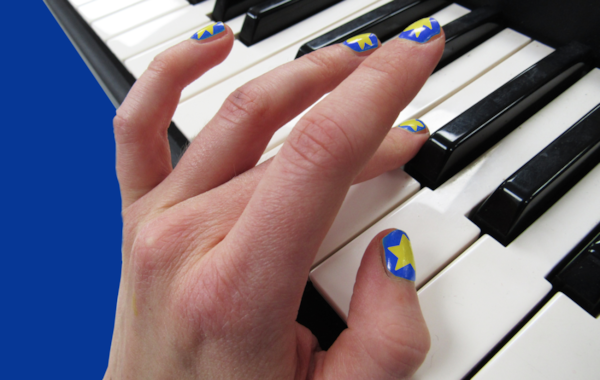 As the country reeled in shock in late June 2016 and frantically Googled ‘What will happen if we leave the EU?’, Ruth Spencer Jolly, an emerging artist specialising in ‘musart’, set to work on European Unison: a musical response to the political upheaval of Brexit.

European Unison, which plays out the history of the EU from birth to Brexit, features 28 pianists who will play 28 Steinway pianos. The piece mourns the rich cultural exchange and peacekeeping cooperation we have turned our backs on.

European Unison seeks to use the analogy of this unique ensemble linking pianos, politics and polyphony demonstrating ‘the whole is greater than the sum of its parts’.

Besbrode Pianos (pictured below) is delighted to work with Ruth Spencer Jolly in hosting this innovative performance at its Leeds showroom.

Q&A WITH THE ARTIST RUTH SPENCER JOLLY (pictured below)

Q: Why does the project exist?

A: I was shocked and saddened by the EU referendum result of June 2016. I felt the need to respond artistically to such a momentous occasion and the idea for the work originated from a place of disappointment and disillusionment about the position in which we currently find ourselves.

Q: What inspired you to compose the piece?

A: About 10 years ago I visited Besbrode Pianos and the spectacular memory of a warehouse jam-packed with pianos really stuck with me through the years. I have been incubating the idea of producing a composition for a huge ensemble of pianos for a long time and it was the EU referendum result that provided me with the perfect reason to deploy the device of the piano ensemble.

Q: What does Brexit mean to you?

A: My generation feels the injustice of ‘Brexit’ acutely. We were born EU citizens, with the right to travel freely and work anywhere in the European Union. We now face a future in which these rights are likely to be revoked- another unwelcome blow in a series of unfortunate events leaving our generation financially stretched and disillusioned.

Q: What reaction do you hope for from the performance?

A: I hope to trigger an emotional response to ‘Brexit’. There is a constant exchange of inconsistent and misleading statistics- a battle of facts. Most people are left feeling somewhat confused and unsure of who and what to believe. I want people to assess how they feel about ‘Brexit’; I want people to feel the need to do something.

Whilst democracy demands that the referendum result is respected, if we feel disappointment, our response must not be passivity. We should all participate in the discussion about the deal we secure on leaving the EU. Voting for ‘Brexit’ was like signing a blank cheque: the details of the deal we were opting for were not only withheld, but non-existent. As Theresa May enters formal discussions and presents us with a concrete scenario we must recognise our right to amend or even reject the arrangement.

Q: Will the performance be available to view after the premiere? Where?

A: The performance will be live streamed and a film will also be made of the performance for distribution via the internet, art galleries and film festivals in the future. The exact details of where to head for the live stream will be released on the Facebook event, via Besbrode Pianos’ social media channels and my website.

Q: Tell us about the score and its and inspiration

A: The score is the most complex thing I’ve written to date. The piece is written for 28 pianos, each representing a European country. The composition tells the story of the EU chronologically and the pianists join the ensemble in the order that their country did, marking their entrance with their national anthem. The music denotes significant moments in European history, focusing especially on moments that could be read as a premonition of ‘Brexit’: Britain’s ECC in/out referendum in 1975 and ‘Black Wednesday’ in 1992.

Q: What is Musart?

A: I have coined the term ‘Musart’ to describe my hybridised art practice, which lies in the grey zone between the visual arts and music. I have always been musical and dedicated vast swathes of my childhood to the piano. The desire to create my own material rather than playing someone else’s lead me to favour composition over performance and now I have found a way to amalgamate this interest in music with a visual language.