Piano covered in famous pianists' autographs set to be restored The Fukuoka piano, a Japanese model, features some 38 signatures – including the great Arthur Rubinstein

A 59-year-old Japanese piano, featuring autographs from some of the world's most famous pianists, is set to be restored and put back into use.

The piano had been in use on and off at a civic hall in Fukuoka’s Chuo Ward and the Fukuoka Sunpalace concert hall in the city’s Hakata Ward. It wasn't until 2020 that a conservation committee were alerted to the signatures... and began trying to identifying them.

To date, 32 of the 38 signatures have been identified. These include pianists Wilhelm Kempff, Emil Gilels, Arthur Rubinstein and Kiyoko Tanaka. Markings from other great musicians of the 20th century also appear on the piano. These include baritone singer Dietrich Fischer-Dieskau, and Mstislav Rostropovich – a world-renowned cello player and conductor from the Soviet Union.

“If you compare it with pop music, it’s like Michael Jackson and the Beatles signing an autograph on the same piano,” commented a member of the conservation committee. “We believe there is no other such case in the world.” 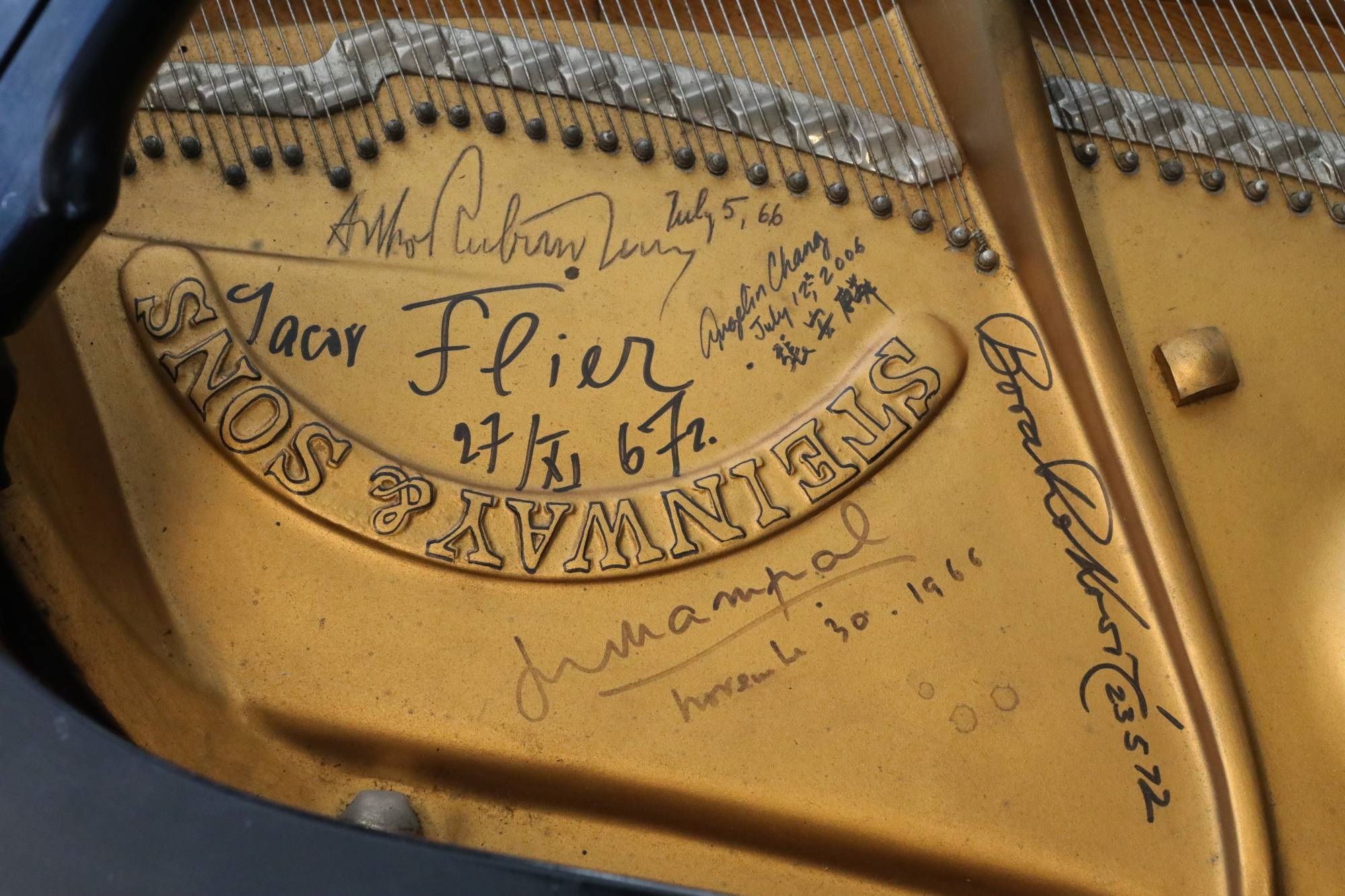 The Japan Times states that a workshop in Saitama Prefecture will be entrusted with the repair work at a cost of some ¥18 million ($133,400). The conservation committee hopes to raise some ¥10 million through crowdfunding, including by soliciting donations from local residents. The committee is headed by Nishinippon Shimbun President Kenya Shibata.

Once the repair work has been completed, the piano will be played at a concert scheduled to be held around mid-October next year at the civic hall.