2021 has treated us to a huge number of new releases from our favourite pianists. Here we've gathered our favourite 10 of the year... in no particular order! 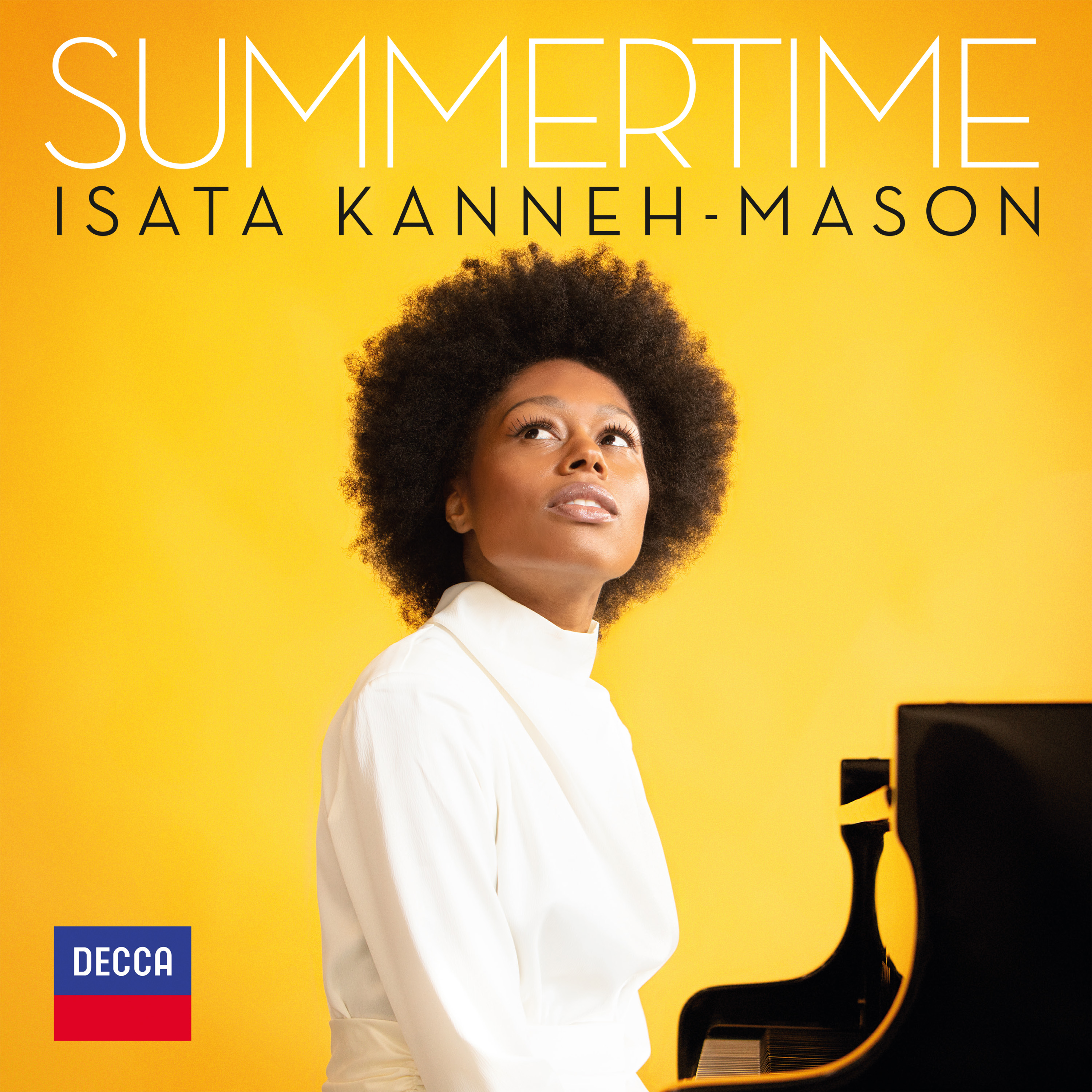 After the success of her first album 'Romance', the pianist turned her attention to Black and/or American composers in the form of her July 2021 release 'Summertime'.

The album features the music of the wonderful Samuel Coleridge-Taylor (whose father was from Sierra Leone, like Kanneh-Mason's mother), Earl Wild, Samuel Barber, George Gershwin (including his famous Preludes), Amy Beach and Aaron Copland. Her performances on this album are full of clarity and energy, with her Coleridge-Taylor performances particularly impressive.

Upon the release of the album, she commented, "The Barber Piano Sonata forms the anchor around which the rest of the album was developed; I fell in love with the piece the first time I heard it, and it's a real pleasure to have recorded it for Decca. I wanted this album to illustrate the diversity of music in America at that time, and so it was important to me to include the more familiar Gershwin songs, as well as the Samuel Coleridge-Taylor spirituals to which I feel a personal connection." 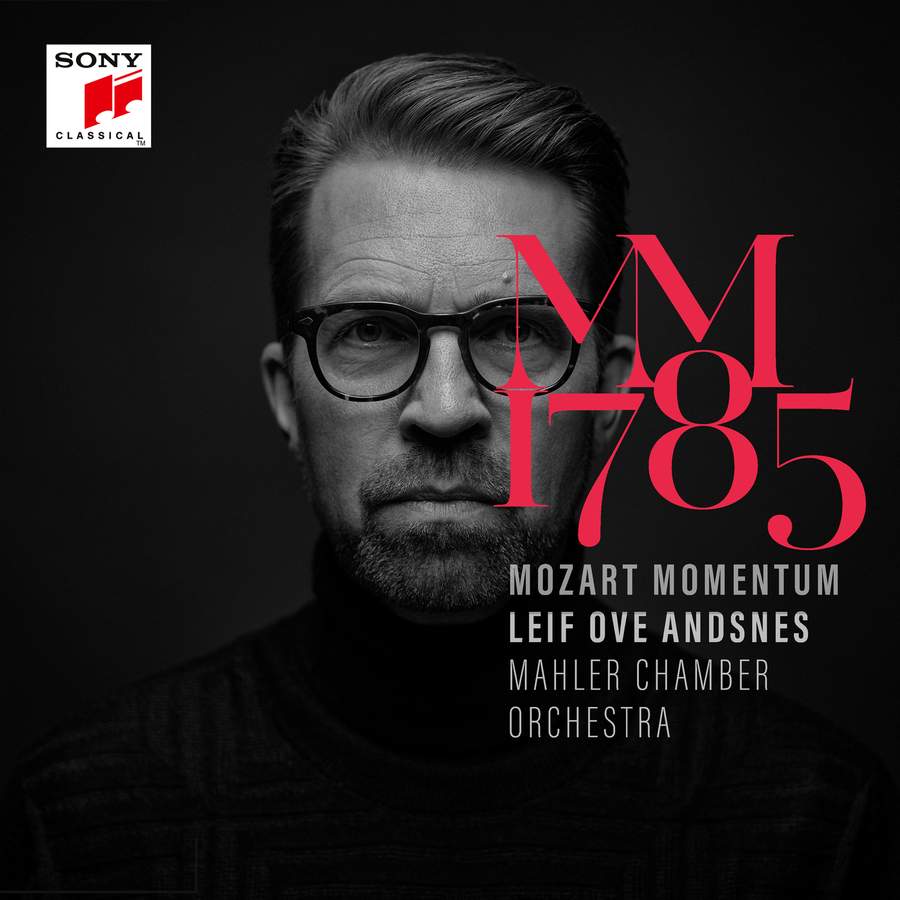 This album is the first of two releases by Andsnes which looks at the remarkable years of 1785-86 in Mozart's life. A lot was happening in 1785; the first aerial crossing of the English channel and the famous Affair of the Diamond Necklace amongst other things.

But Mozart's musical output was also rapidly changing at this time. The album, which features works such as Piano Concertos K466, K467 & K482, Fantasia in C minor K475, and Piano Quartet in G minor K478, highlights the almost unbelievable contrast between the works that Mozart wrote during this time. Andsnes exquisitely manages to showcase how Mozart's writing moves from stormy, to majestic, to jokey, and to so many other emotions.

The follow-up album, Mozart Momentum 1786, doesn't yet have a release date. 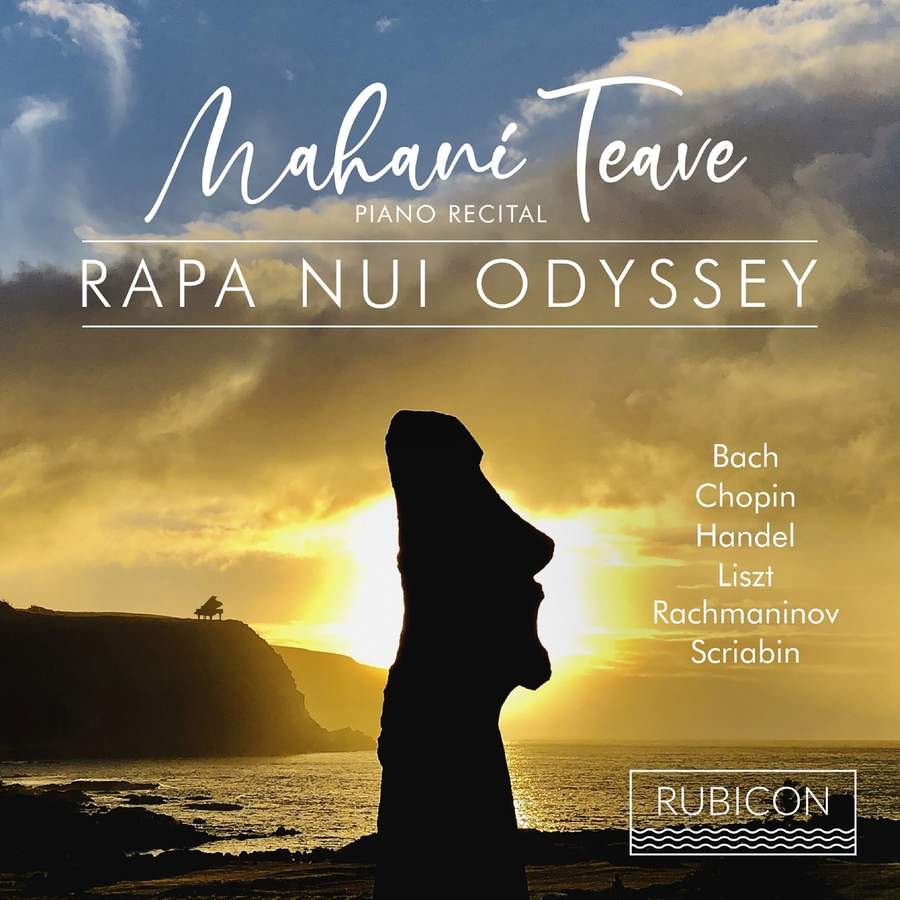 Mahani Teave's story is fascinating. Born on the Chilean territory of Easter Island to a Rapa Nui father and American mother ('Rapa Nui' referring to the indigenous Polynesian people of the island), Teave is considered Easter Island's only classical pianist. She almost gave up her love for piano playing at one stage – thank goodness she didn't! Her free-spirited poeticisim runs wild throughout this album, in which she performs a selection of works by Bach, Liszt, Handel and others.

The story of this album is equally as fascinating as Teave herself. In 2018, David Fulton (a collector of Cremonese instruments) was on a cruise liner that stopped at Easter Island. A recital was laid on by the children of the music school for the passengers, and the event ended with Mahani Teave playing on an old upright piano. ‘I could not have been more astonished if Horowitz or Rubinstein had stepped onstage….we were being treated to a serious performance by a major utterly extraordinary artist…it was a totally unexpected, uplifting, and deeply moving: a musical feast.' Teave had never recorded before. This Rapa Nui Odyssey album is a result of her chance meeting with David. 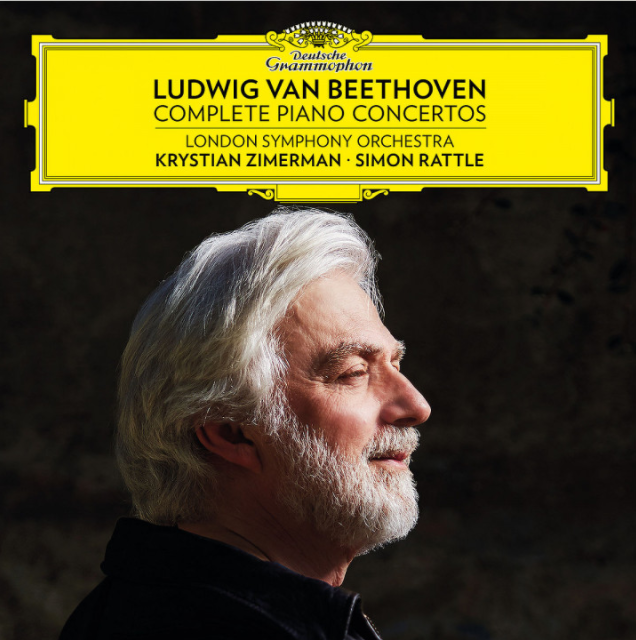 Zimerman first recorded a selection of Beethoven's Piano Concertos back in 1989 with Leonard Bernstein – Nos 3, 4 and 5 to be exact.

More than 30 years later, he records the entire set of concertos alongside conductor Sir Simon Rattle and the London Symphony Orchestra; this time with a new interpretation of the music. And what a performance it is.

The Guardian comments in their review of the album, "What has remained constant across the decades is the unaffected clarity and beauty of Zimerman’s playing – the perfectly even execution of every run, the precise weight of every chord, the compelling articulacy of the smallest details."

We would have to strongly agree. 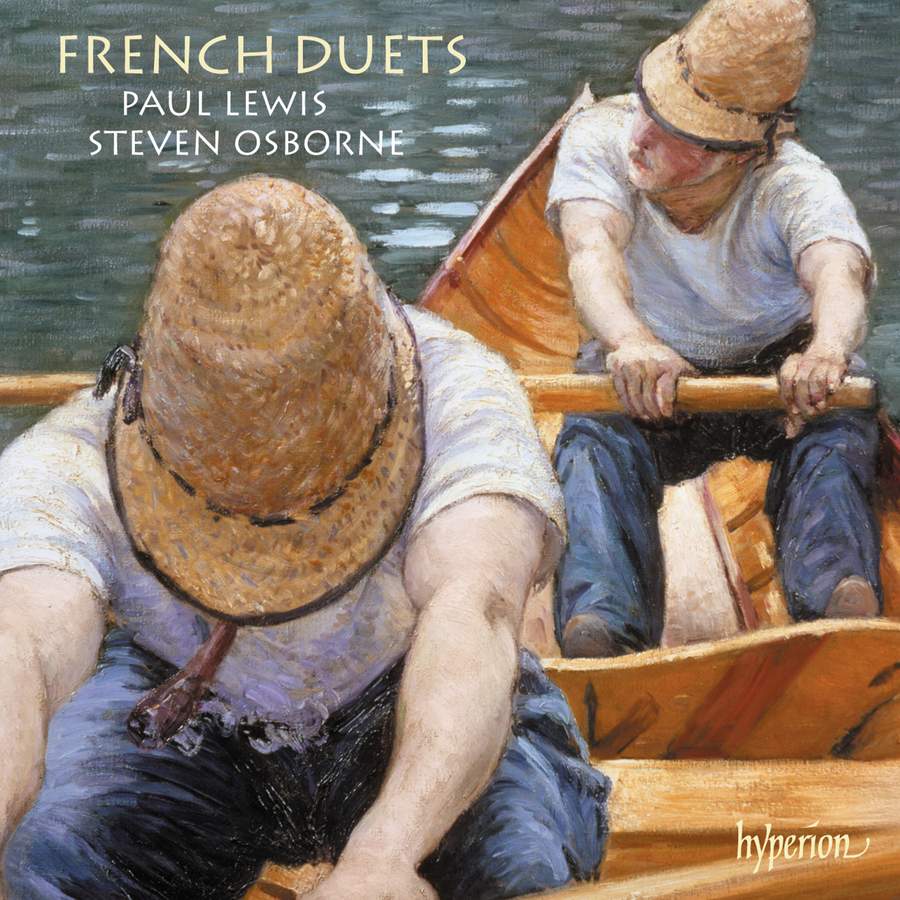 This album may class as amateur repertoire, but there is certainly nothing amateur about the pair's playing. This is a heaven-made partnership, with Dolly and Ma mère l'oye particularly shining through. 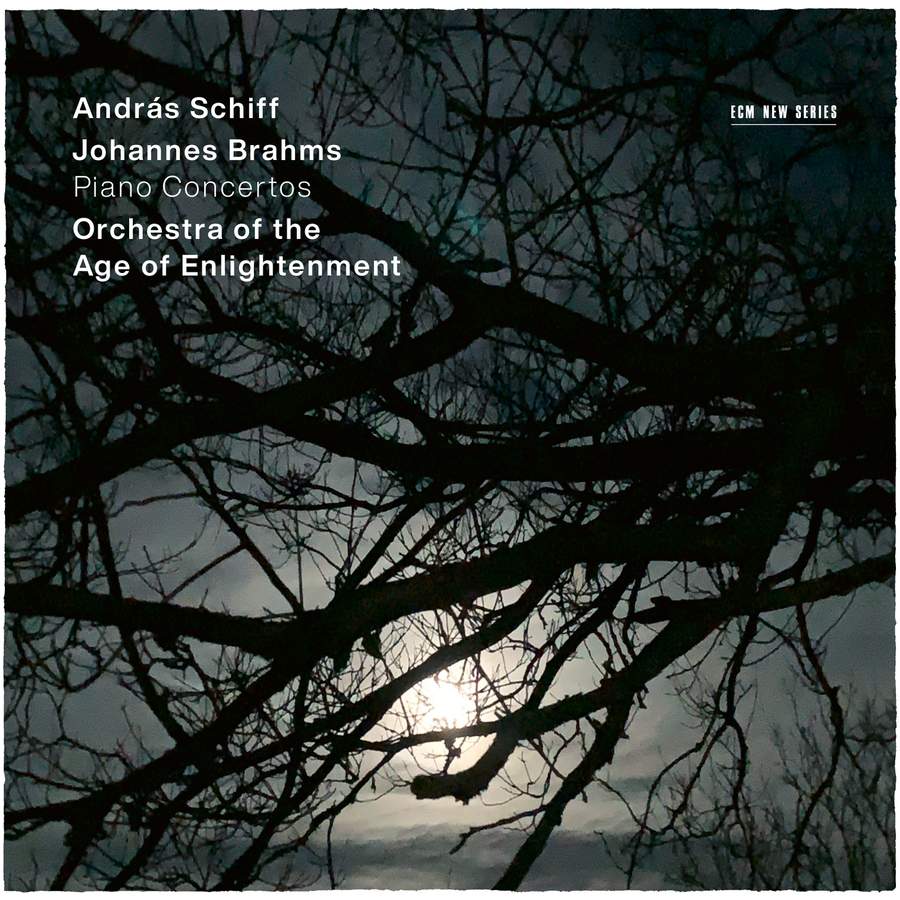 Another unmissable album from Schiff, who releases yet another stellar recording.

Both of the concertos featured on this record contain mountains of Brahmsian spirit and intensity. The production of the album is also first class – it was recorded at London's famous Abbey Road. He gives a fascinating insight into the concertos below. 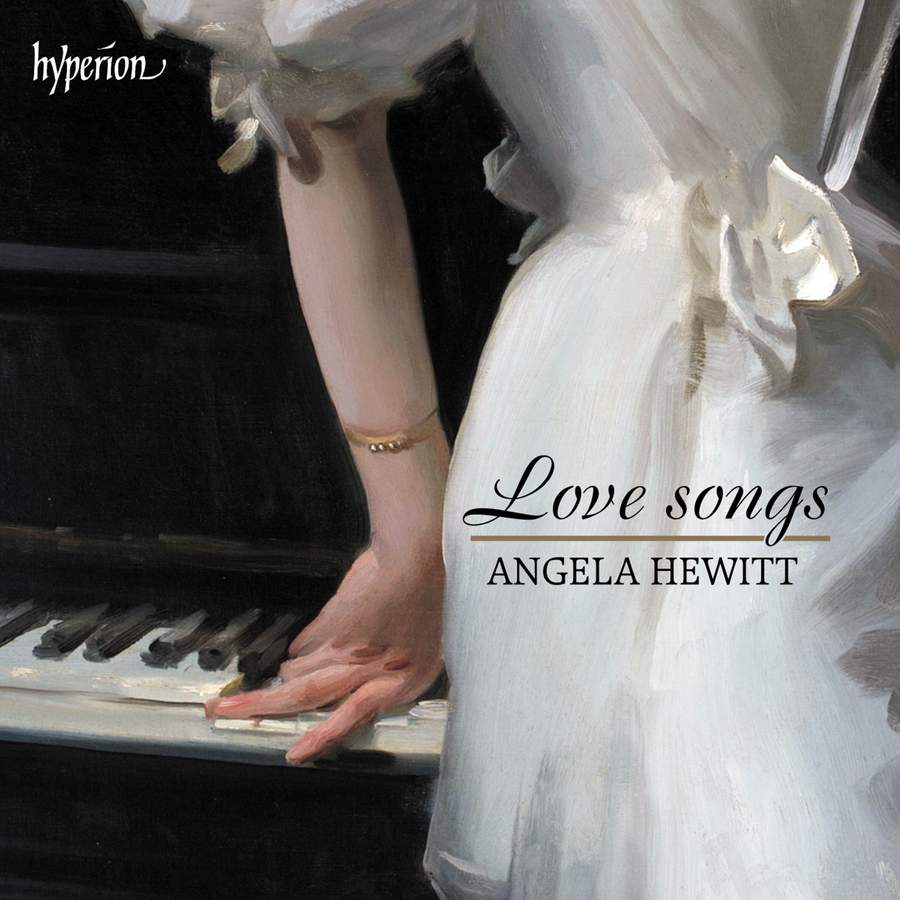 It has always been one of Angela Hewitt's dreams to record an album full of love songs – something she admits in the essay accompanying this album. And finally, during the recent global pandemic, she found the time to record this 23-track album.

It kicks off with a passionate account of the Schumann-Liszt ‘Widmung’, "one of the greatest piano transcriptions of all time", claims Hewitt in the album notes. All but three of the further 22 songs are transcriptions of vocal items. It's an album full of colour, full of emotional intensity, and full of unabashed pathos. Highly recommended. 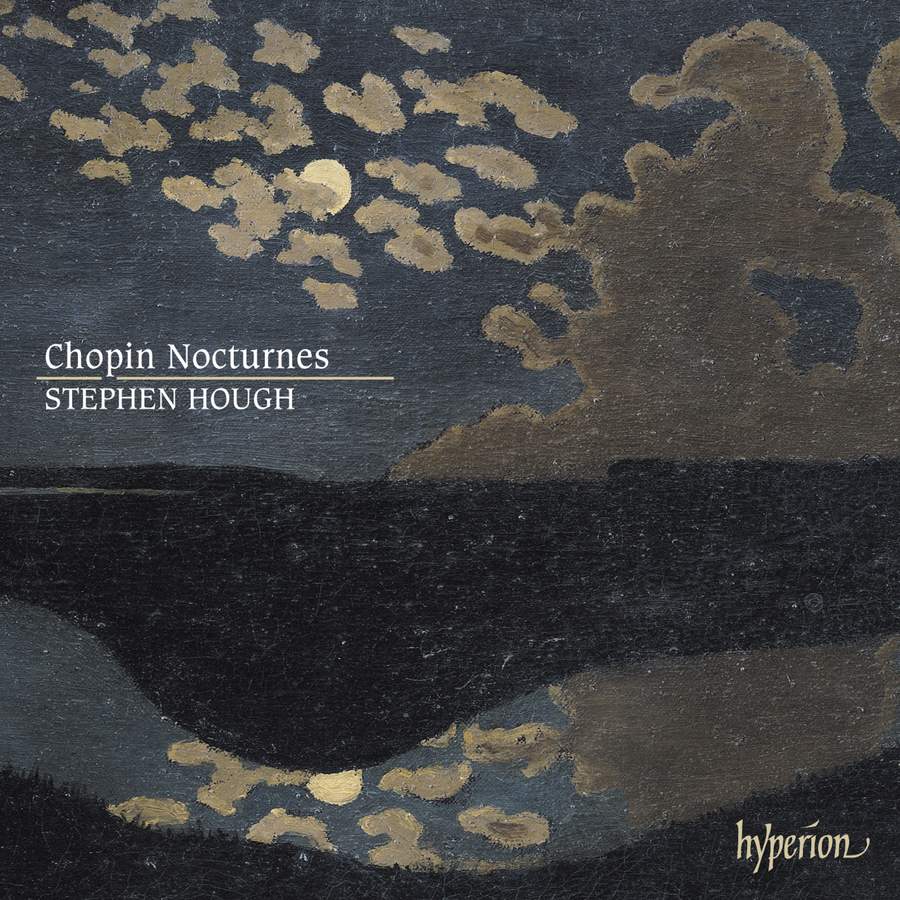 "Under Hough's fingers, each Nocturne on this album becomes a short story. He explores in depth the vocal dimension in the Nocturnes with playing that reveals their long, singing lines – but he's not afraid to explore their darker side either, his playing conveying their shifting moods like cloud shadows passing over a field." 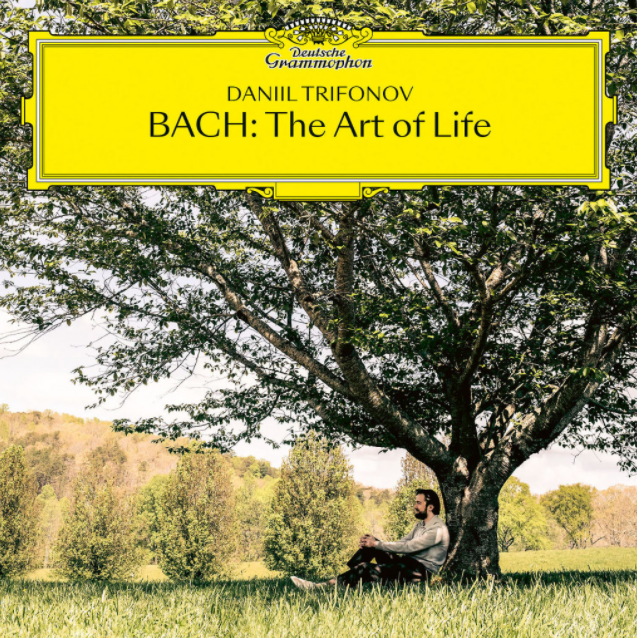 Centered around Johann Sebastian Bach’s late masterpiece The Art of Fugue, this new double album from Russian star Daniil Trifonov reflects his insight into the family life and music-making of one of the greatest composers of all time. JS Bach's son, Johann Christian, also features on the album.

In recognition of Anna Magdalena’s unmistakable imprint on Johann Sebastian’s life and legacy (his second wife), Trifonov includes extracts from her Notebook. “Interestingly,” observes Trifonov, “the aria Bist du bei mir (No. 25 in the Notebook) was composed by Gottfried Heinrich Stölzel. Johann Sebastian and Anna Magdalena’s first son was named Gottfried Heinrich. It is possible to speculate that this piece was their love song, making its inclusion in the Notebook (and the heart of this album) particularly poignant.” 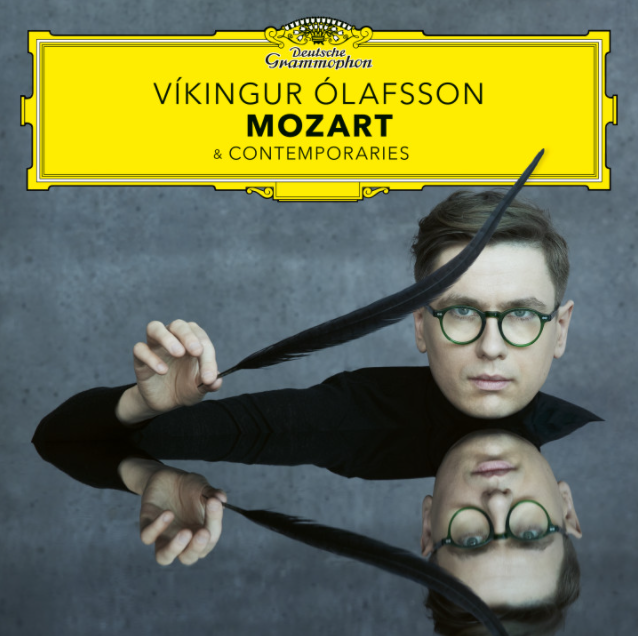 Ólafsson presents some of his favourite Mozart keyboard works in the company of pieces by a selection of the composer’s leading contemporaries. These include Haydn, C.P.E Bach, and the rarely recorded pair of Cimarosa and Galuppi.

It's a very slick and polished performance from Ólafsson throughout as he manages to portray a more mature Mozart than most of us are used to hearing.