'Tamie' is now available on all major streaming platforms

The new single, 'Tamie', is dedicated to her dear friend Tamie (‘Tammy’) and is imbued with the "beauty and resilience of their Asian identity," comments Sony Music.

The single has been released in observance of Asian American and Pacific Islander Heritage Month during May.

Flower has also released a music video alongside the single, which you can view below.

She comments, "It’s a celebration of our Asian heritage and culture, and was shot at a classical Chinese garden. As our communities are being targeted with anti-Asian rhetoric and violence, now is the time to celebrate Asian American pride, culture and the positive impact our community has had on the world.” 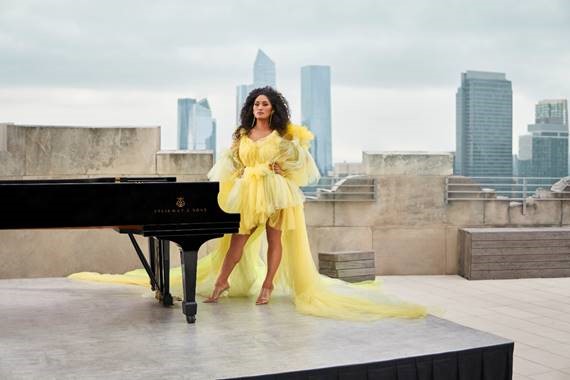 The American pianist caught the world's attention in 2019 when she performed with rapper Cardi B at the 2019 Grammy Awards. "I knew that this could be a big moment for pianists everywhere, so I wanted to really do my best and show a different side to classical music, not just for me, but for working instrumentalists and young musicians watching too."

Listen to her new single, 'Tamie', on Spotify below.