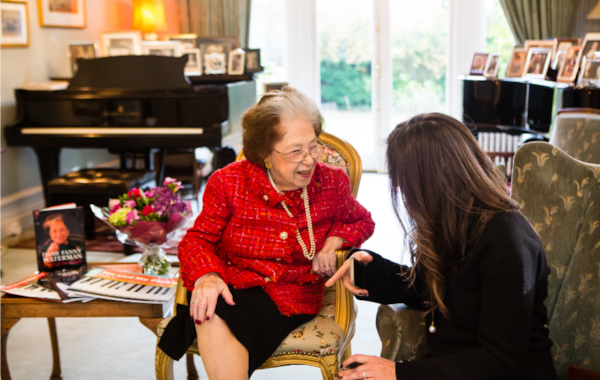 One sleepless night in 1961, Fanny Waterman had a vision of what would become ‘The Leeds’. Approaching her 100th birthday back in March, she shared her undiminished zest for teaching with Erica Worth

On the 20th December 2020, the piano world learnt of the sad passing of Dame Fanny Waterman – founder of The Leeds International Piano Competition.

Thanks to her artistic integrity, passion, charisma and hard work, ‘The Leeds’ became the most coveted prize in the piano world and internationally acclaimed for introducing some of the greatest pianists of our time.

Back in the February/March 2020 issue of Pianist (112), editor Erica Worth visited Dame Fanny's home for a chat and a cup of tea...

A few months shy of her 100th birthday, Dame Fanny Waterman looks very much as she did 40 years ago when I, a student sitting in the audience at Leeds Town Hall, watched her congratulate the winners of the 1981 Leeds International Piano Competition. She has achieved so much, and yet clearly feels the passing of time. ‘I’d like to turn the clock back’ – and there are tears in her eyes as she says this in her elegant, pale-green front room – ‘but you can’t, of course. I am well, though, and I’ve had such a wonderful life.’

Her vulnerability astounds me, coming from the irrepressible driving force of one of the world’s great piano competitions. She continues, still with a crack in her voice: ‘With every honour I have received, with all these big events, I wish that my husband and my family were here. They so wanted me to do well, my parents. We were so poor.’

Waterman was born in Leeds in 1920, the only daughter and second sibling of an émigré Russian Jewish father and English mother. She showed early interest in the piano and promise as a player from just 18 months old. Her parents encouraged their daughter’s musical interests and took her to concerts at Leeds Town Hall where she saw many of the greatest musicians of the day: Kreisler, Heifetz, Arrau and Schnabel. ‘We didn’t have any money, so only one of my parents would go with me to concerts,’ she tells me. ‘I heard Rachmaninov when I was eight. He played the first Bach Partita. It was heaven.’

In 1941, having already studied with the legendary pedagogue Tobias Matthay, Waterman was awarded a scholarship to the Royal College of Music, where she studied with Cyril Smith. In the following year, she made her Proms debut in its first season in the Royal Albert Hall. However, wartime conscription turned Waterman’s fate towards teaching, a choice made in preference to joining the Women’s Land Army. Back in Leeds in 1944 (and now married to Geoffrey de Keyser, a doctor), she continued to tour and make broadcasts until the birth of her first child in 1950.

A competition is born 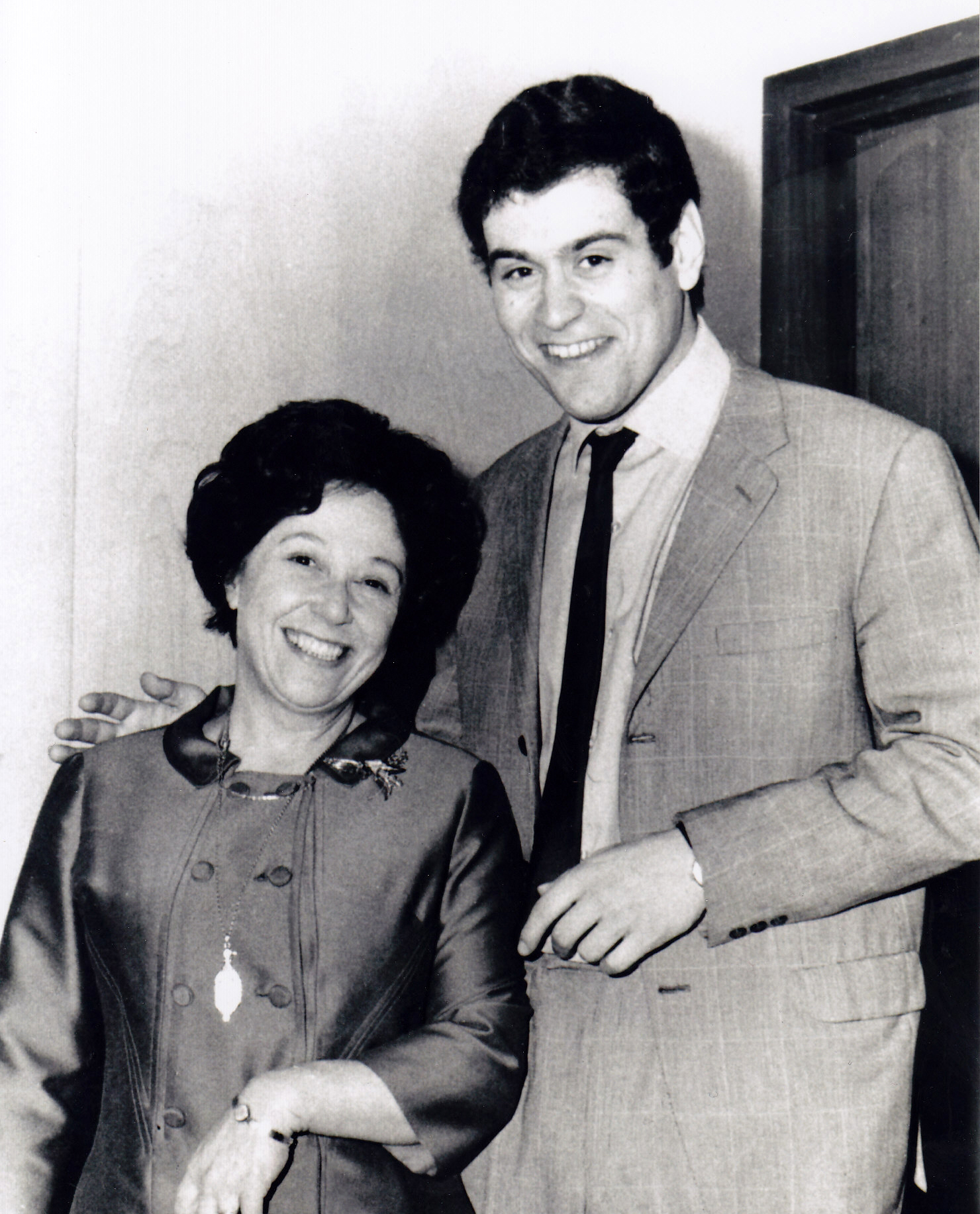 Education became her priority; by the late 1950s Waterman had become concerned that the UK was failing to give its young pianists an appropriate platform, one that would challenge and reward their talent. Following that sleepless night in 1961, Waterman and Marion Thorpe (otherwise known as the Countess of Harewood) – whom she had met at the RCM – set about raising the £8,000 required to launch an international piano competition.

The first ‘Leeds’ took place in 1963 and in a field of 94 competitors, the 17-year-old Michael Roll came away with top prize. That he was a local boy doubtless did no harm to the competition’s national profile, but its international status was soon firmly established. The line-up in 1975 always shocks me: Mitsuko Uchida came second behind a deserving Dmitri Alexeev, and András Schiff a mere joint-third! Further first-prize winners have included Radu Lupu, Murray Perahia and Artur Pizarro.

‘When I look back over the history of The Leeds,’ Waterman reflects, ‘I feel as though I have met the world. So many winners of the competition have become my friends. The world needs great music, but to portray this music, we need great artists. I am so glad that The Leeds has produced so many of them… Lupu, Perahia. Wherever I go, people say, “Your competition is the greatest in the world.”’

Having officially retired as Chairman and Artistic Director in 2015, Dame Fanny nevertheless returned as an audience member throughout the 2018 edition of the competition, present for every contestant’s performance from the prelims to finals night. What stamina! ‘When I go to a party,’ she remarks, ‘I pace myself. And I am careful with what I eat – nothing too exotic. I like people. I love teaching children. I think that keeps me young. I am still teaching – in fact I had a pupil just now.’

The competition she founded could hardly let her milestone go without a party – and so on 22 March, the day she turns 100, the University of Leeds will host a day of celebrations. ‘Federico Colli [winner, 2012] and Anna Tsybuleva [winner, 2015] will give a recital. Then there will be a big gala dinner where lots of other alumni will be here.’ Noriko Ogawa, Kathryn Stott, Louis Schwizgebel and Sa Chen are among the pianists to reply to their invitations with a promise to join her. And in the UK, of course, every centenarian receives a telegram from the Queen.

‘I met Prince Charles a few weeks ago,’ says Waterman with delight. ‘He had heard it was my big birthday coming up and said that he would send me a card. How nice is that!’

Pupils at the door and around the world 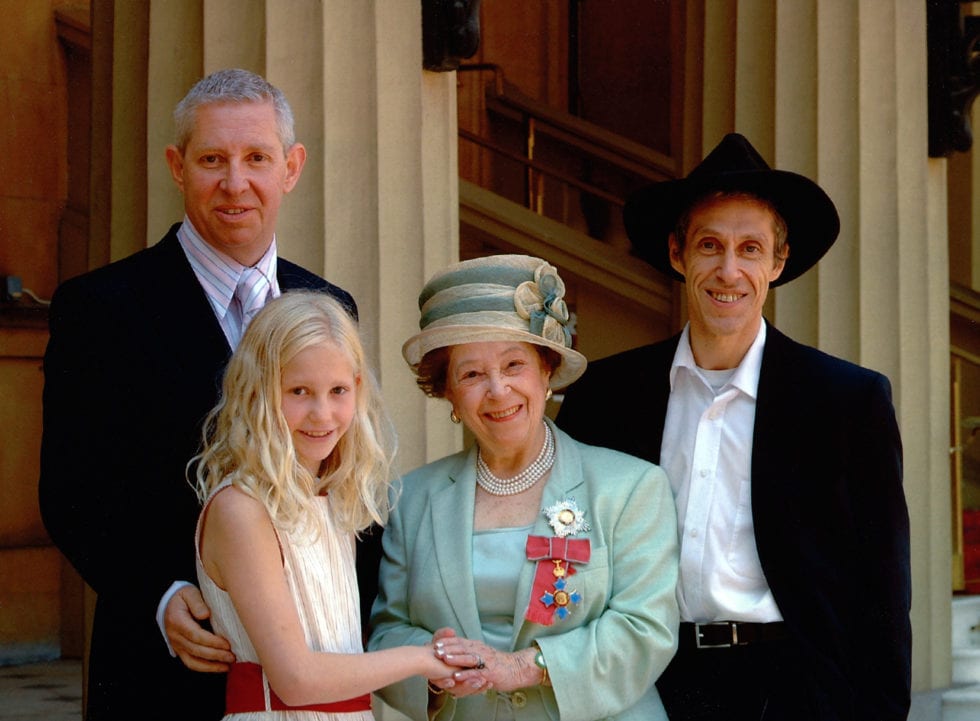 ©Leeds Piano. Dame Fanny (centre) is appointed Dame Commander of the Order of the British Empire (DBE) in 2005

Dame Fanny’s teaching talents in person transfer well to the page. Me and My Piano – two volumes co-authored with Harewood – has sold over two million copies worldwide. Written for young beginners and illustrated throughout, the series makes learning the piano an enjoyable experience for both pupil and teacher. The idea arose from a dinner with Benjamin Britten and Peter Pears. ‘I didn’t know them very well,’ she remembers, ‘but at the dinner someone said to me: “Why don’t you do a teaching book for children?” Ben suggested that I speak to his publisher, Faber. That must have been in the late 60s, and I’ve been with them ever since.’ To mark her centenary, Faber has published a ‘Complete Edition’ of Me and My Piano.

Waterman feels that sound is the most important subject to address in lessons with a new student. ‘That’s No 1’, she tells me. ‘The question is, how to make the piano sing. Every great pianist knows how to create that wonderful sound – to make the black instrument sound like an orchestra.’

She passionately believes that a student should be immersed in culture away from the keyboard. ‘Pupils should read – poetry, for example. I played for school prayers for six years of my life, so I know every single hymn! It’s a shame that young people don’t listen as much as they used to. Why aren’t they introduced to Beethoven quartets when young?’

As much as Waterman has achieved a fair measure of global fame, she remains grounded: ‘Both as a teacher and musician, one has to be humble. You have to realise that around the corner, there are going to be lots of pianists better than you. You just have to strive to be better and better.’