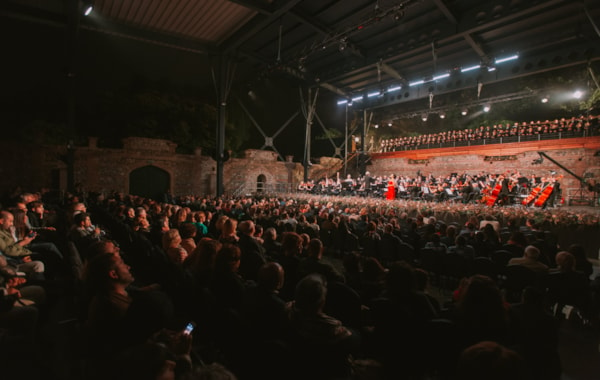 The Georgian festival will also welcome an outdoor audience

Georgia’s Tsinandali Festival will this year present four days of performances to live audiences, 17 – 20 September, from the historic Tsinandali Estate.

Due to the current pandemic, the Festival will consist of four days of performances in the open-air amphitheatre. Pianist Martha Argerich will be one of the biggest artists to perform. She will feature in a piano duo recital alongside fellow Argentinian Nelson Goerner (19 Sept).

The Tsinandali Festival was launched last year, presenting some of the world’s greatest musicians alongside a specially-formed Pan-Caucasian Youth Orchestra, which brought together over 80 young musicians from the surrounding region.

The health and safety of the participating artists and audience members is the Festival’s highest priority. Georgia’s government guidelines and high levels of hygiene will be adhered to throughout the four days, keeping all participants safe for the duration of the Festival.

Martin Engstroem and Avi Shoshani, Artistic Co-Directors to the Festival, commented: “We wish to thank all the artists who have so eagerly agreed to come to Tsinandali to perform at this year’s Festival. Such commitment to this very special place is very moving and is a sentiment shared by the audiences who came from around the world last year for the inaugural Festival.

Everyone associated at the Festival looks forward to these four days of exceptional music making which will prove yet again the power of music to unite people in trying times.”

More information the Festival can be found here.