The 38-year-old Iranian-American harpsichordist has become the youngest ever recipient of the Wigmore Medal.

In recognition of his outstanding musical achievements and contribution to Wigmore Hall, Esfahani received the medal on 16 July from Wigmore Hall director John Gilhooly. The presentation followed Esfahani’s performance of JS Bach’s Art of Fugue, a landmark concert in his Bach cycle for Wigmore Hall which began in 2017. 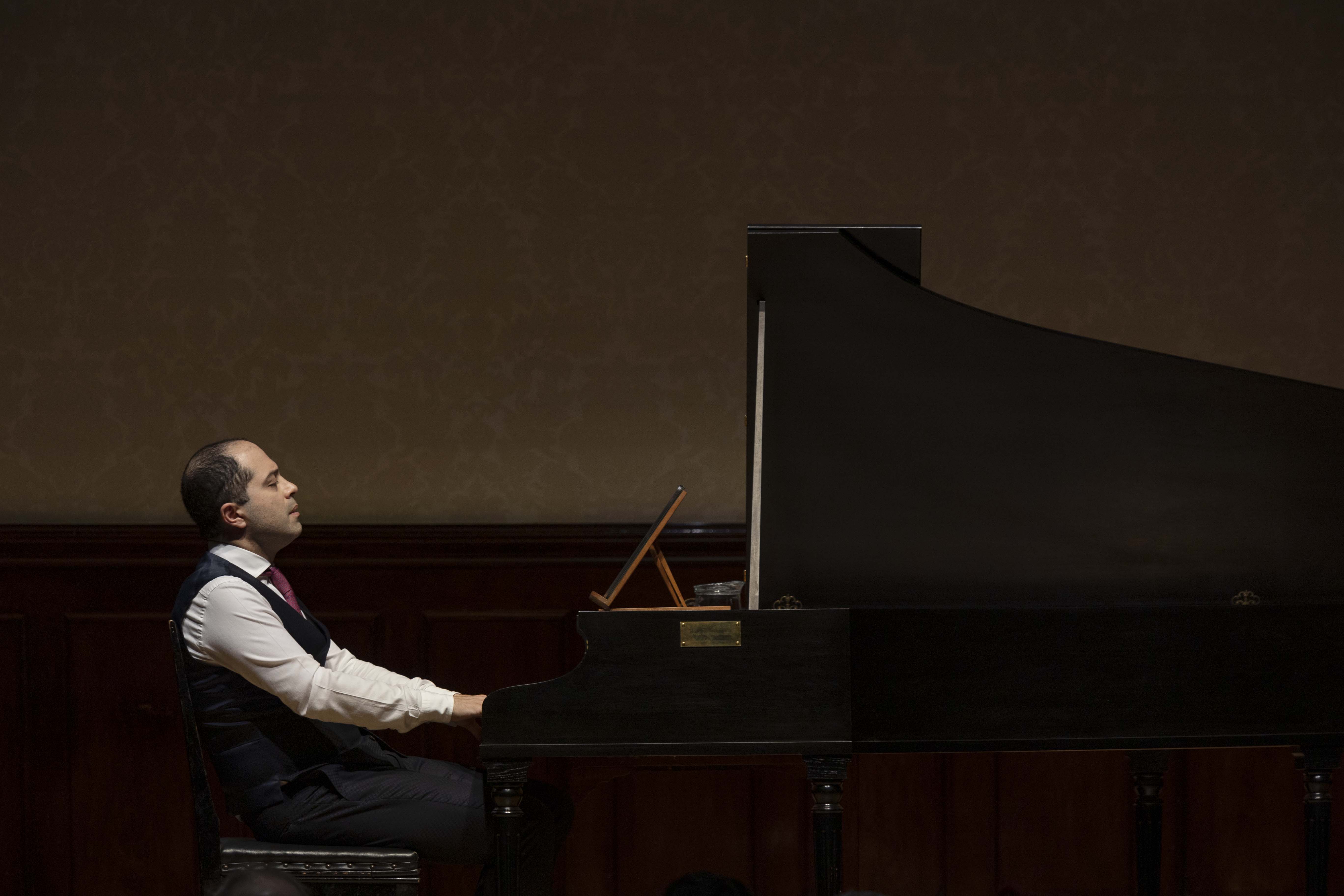 The harpsichordist says, "Wigmore Hall’s support of my ambitions and career has been crucial from the very beginning of my professional life; it is a great honour for me to receive this sign of confidence in my work from one of the great halls of the world, in its greatest city."

Esfahani made his London debut at Wigmore Hall in 2009 as a concerto soloist with The English Concert. His ongoing Bach cycle at the Hall has spanned several seasons and persevered through a global pandemic. Most recently he brought to the Hall’s stage Bach’s French Suites, Fantasias, and Book I of the Well-Tempered Clavier.

He returns to Wigmore Hall on 25 February 2023 with a performance of Bach's Well-Tempered Clavier Book II.