Piano legend Ludovico Einaudi has released a brand-new album of 12 tracks, which is now available on all major streaming platforms.

12 Songs From Home was, as the title suggests, recorded by Einaudi at home during the Covid-19 lockdown in Italy earlier this year. 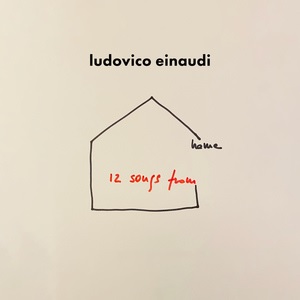 Einaudi designed the artwork himself

During the lockdown, he was regularly hosting live online performances for his thousands of fans, and it was the experience of these self-broadcasts that inspired him to create this album.

It features some of the best-known works from his career including 2004's Nuvole Bianche, Ascent from his mammoth Seven Days Walking project last year and Elegy for the Arctic, released in 2018 to highlight Greenpeace's climate change campaign.

Einaudi comments, "I recorded 12 Songs From Home between March and April 2020 during the peak of Italy's lockdown. In March I started to play live concerts regularly on social media.

Switching on my phone to connect for 30-40 minutes with the world has been a beautiful and intimate alternative to the spring tour that I regrettably had to postpone. This new release is the memory of those home live concerts, my memory of this time, the memory of a strange and new atmosphere that we won't forget."

Einaudi featured on the cover of issue 113 of Pianist.

You can stream the new album below.