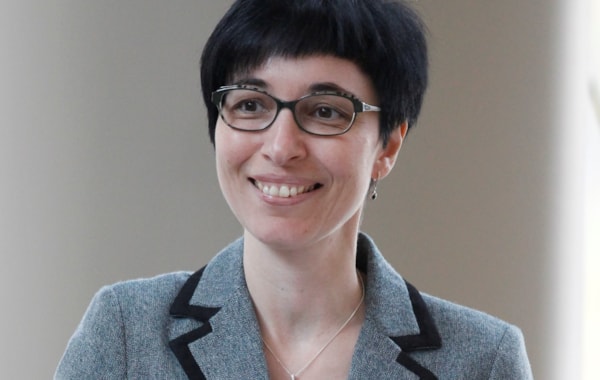 The London Philharmonic Orchestra has announced the appointment of Russian-born Elena Dubinets to the role of Artistic Director from September 2021. She joins the Orchestra from the US, where over a period of 15 years she worked with the Seattle Symphony Orchestra.

In Seattle she focussed on shaping and implementing the Orchestra’s artistic vision in her multifaceted role as Vice President of Artistic Planning and Creative Projects. She was responsible for its classical music programming, incorporating wide-ranging repertoire and numerous new commissions into the subscription series season, as well as late-night performances and collaborations in cross-arts partnerships such as with National Nordic Museum and Mark Morris Dance Group.

As a co-founder and executive producer of the Seattle Symphony Media in-house label, Dubinets led the organisation to receive five Grammy awards in five years and the 2018 Gramophone Magazine Orchestra of the Year Award. March 2019 saw the opening of the new Octave 9: Raisbeck Music Centre at Benaroya Hall. Dubinets was instrumental to all aspects of the creation, development and funding of this pioneering educational and experimental music venue.

In Autumn 2019 Dubinets joined the Atlanta Symphony Orchestra as Chief Artistic Officer, bringing together the roles of Vice President of Artistic Planning and Senior Director of Education. Her tenure there ended due to the impact felt by the Orchestra during the Covid-19 pandemic.

Dubinets will work side-by-side with the LPO’s CEO David Burke, as well as in close artistic collaboration with incoming Principal Conductor Edward Gardner, Principal Guest Conductor Karina Canellakis, and Vladimir Jurowski, who will become Conductor Emeritus from the end of the 2020/21 season.

Dubinets commented: "I am honoured and excited to become part of the incredible London Philharmonic Orchestra as it enters a new era. With Edward Gardner as its new Principal Conductor, Principal Guest Conductor Karina Canellakis and Conductor Emeritus Vladimir Jurowski, the LPO has assembled a true 'dream team' of phenomenal musical breadth and depth, and I couldn’t be more grateful for the opportunity to join its creative team.

The simultaneous eruption of the pandemic landscape and social justice movements last year have led to considerable changes in our art form and made the musical world even more relevant and interconnected. I see my role as helping the LPO nurture both its local supporters and its global audiences through curating transformational music experiences filled with insight and wonder that will make the LPO a destination for artistically vibrant and socially impactful discoveries."