Eric Lu to return to Leeds

The 2018 champion is set to make a triumphant return to the city in January 2019!

Eric Lu will be under the baton of Sir Mark Elder and will perform alongside The Hallé, who so extraordinarily accompanied him during his triumphant win back in September. The young American pianist will perform Mozart’s melodic Piano Concerto No 23, as well as Shostakovich’s reflective Symphony No 8. amongst others.

Lu won First Prize and the Terence Judd Hallé Orchestra Prize at the 2018 Leeds International Piano Competition. His return to the city that has given him so much success over the past two months has now invited him back to perform once again with the orchestra. 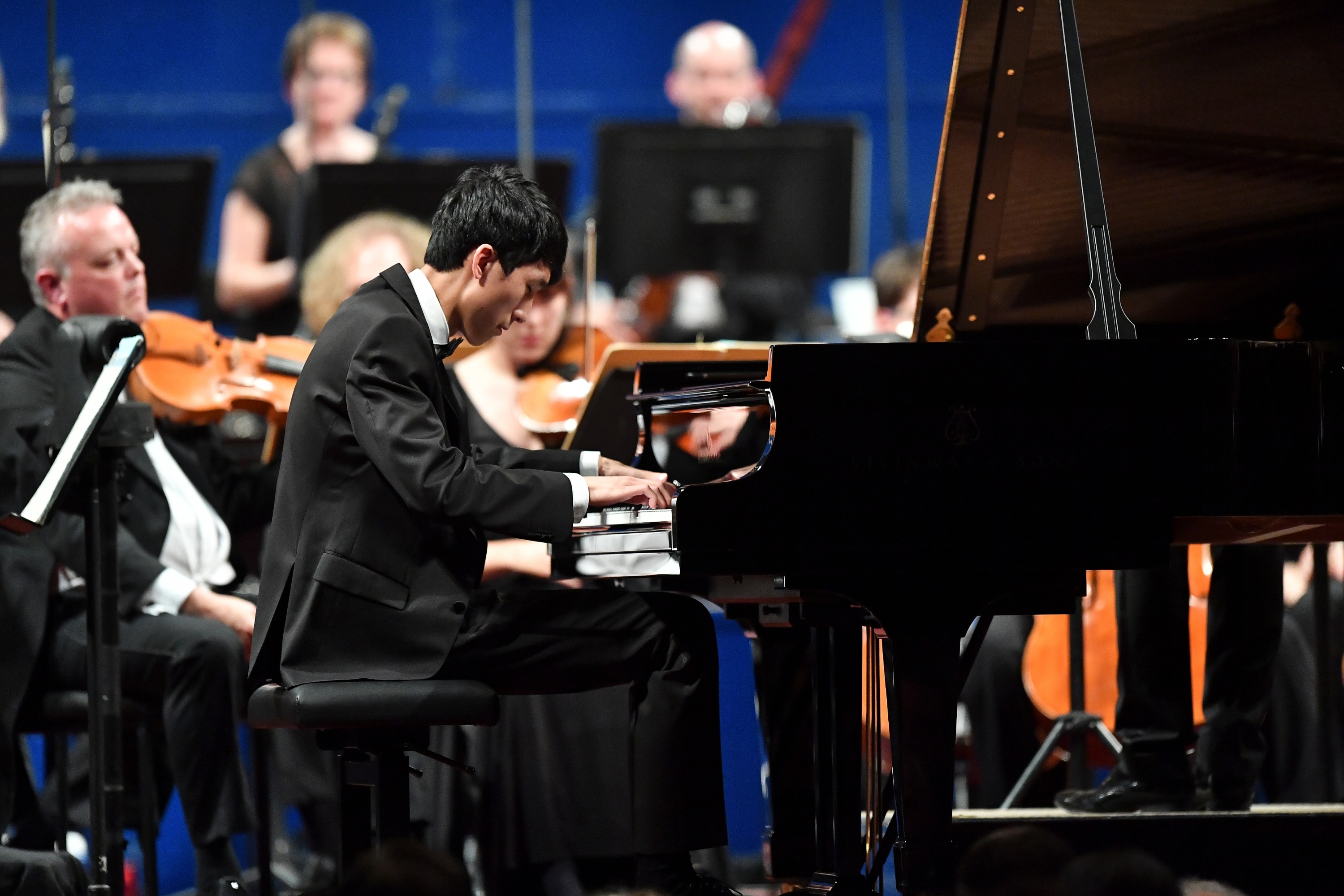 Performing Beethoven’s Fourth Piano Concerto in the final with The Hallé and conductor Edward Gardner, the Daily Telegraph commented: “artistry of that kind is rare in pianists of any age; to find it in a 20-year old is simply astounding”.

Eric Lu comments: “Leeds will always have a very special place in my heart, so I am greatly looking forward to returning in January. The Mozart Piano Concerto is among that composer’s most beautiful and it will be wonderful to play it at Leeds Town Hall and to work with the Hallé again. I also look forward to working with Sir Mark Elder for the first time and am excited about starting 2019 with such an important concert.”

Adam Gatehouse, Artistic Director of Leeds International Piano Competition comments: “I am thrilled that Eric is coming back to Leeds so soon after his triumphant and much-deserved win at the Leeds International Piano Competition, and partnering once again with the Halle. Since winning the competition, his career is really taking off in a spectacular way, with the release of his debut CD on Warner Classics, appearances in the diary for 2019 at LSO St. Luke’s and Wigmore Hall in London, the Concertgebouw in Amsterdam, and a tour of Europe and S Korea. We will also be welcoming him back to Leeds in March for a solo recital at The Venue of Leeds College of Music.”

Half-price tickets are available for students, under 18s and jobseekers. Those under 26 can purchase tickets for just £5 in the seven days before the concert.

Watch his winning performance below!