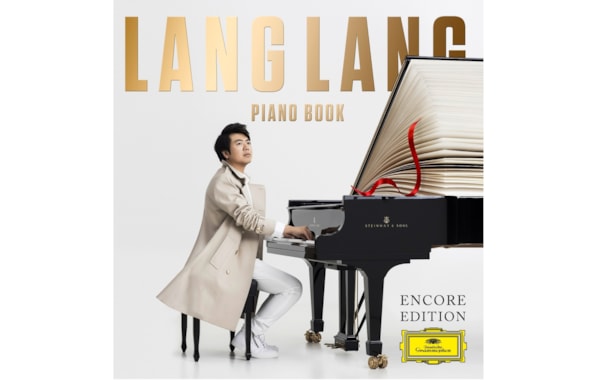 The 'Encore Edition' will feature an additional six new tracks. Accompanying the release will be three performance videos and six short films in which Lang Lang talks about the pieces.

Lang Lang’s Piano Book has enjoyed a lot of success around the world since its release in March. It has topped the classical charts in the US, the UK, Germany, France, China and Japan and entered the pop charts in Austria, France, Germany, Spain, Switzerland and the UK. His recording of Beethoven’s Für Elise reached No.4 in the official Chinese pop single charts. Piano Book is also Lang Lang’s biggest streaming debut, with 60 million streams so far.

Piano Book – Encore Edition is a collection of 47 tracks, including brand-new recordings of ‘Sweet Dreams’ from Tchaikovsky’s Children’s Album, ‘Ivan Sings’ from Khachaturian’s Adventures of Ivan, Christian Petzold’s Minuet in G minor from J.S. Bach’s Notebook for Anna Magdalena Bach and the three movements of Friedrich Kuhlau’s delightful Piano Sonatina in C major, Op.20 No.1. These are featured alongside favourites from the original album such as Beethoven’s Für Elise, Chopin’s ‘Raindrop’ Prélude and the C major Prelude from Bach’s The Well-Tempered Clavier.

Piano Book reflects Lang Lang’s determination to pass on what he’s learned to a new generation of music lovers. His work with the Lang Lang International Music Foundation (www.langlangfoundation.org), which has raised millions of dollars to support young musicians since it was set up over a decade ago, has given him a unique insight into music education.

Earlier this year, Lang Lang spoke to Pianist about his new album. You can read the full interview issue 107 here.