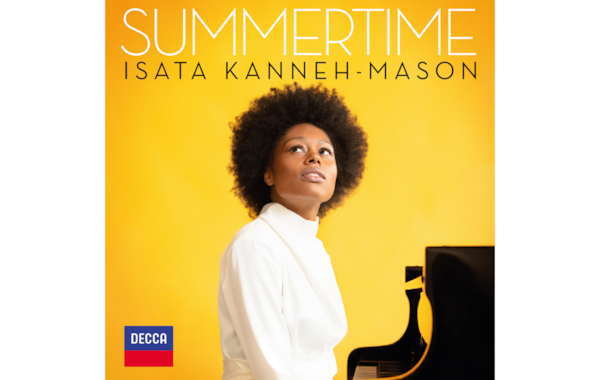 Following on from her award-winning, debut album Romance, British pianist Isata Kanneh-Mason has released 'Summertime', a collection of works by some of her favourite American composers.

Earl Wild’s dazzling arrangements of the music of George Gershwin – ‘Summertime’ from his Grand Fantasy on Porgy & Bess plus ‘I Got Rhythm’, the sixth of his seven Virtuoso Etudes – sit alongside the composer’s own Three Preludes and Percy Grainger’s concert arrangement of Gershwin’s ‘The Man I Love’. Gershwin’s Three Preludes, published in 1926, epitomise his instantly recognisable classical-meets-jazz style, with bluesy harmonies and syncopated rhythms.

Watch Isata perform the iconic 'I Got Rhythm' (After George Gershwin) by Earl Wind below.

Isata says, “I am delighted to be presenting my second solo album 'Summertime', which features a rich array of pieces from many of my favourite American classical composers. The Barber Piano Sonata forms the anchor around which the rest of the album was developed; I fell in love with the piece the first time I heard it, and it’s a real pleasure to have recorded it for Decca.

I wanted this album to illustrate the diversity of music in America at that time, and so it was important to me to include the more familiar Gershwin songs, as well as the Samuel Coleridge-Taylor spirituals to which I feel a personal connection.”