Is this the world's biggest piano? Is this the world's largest grand piano?

The world's largest piano - that we know of - has been unveiled in the city of Ventspils, Latvia... with strings over FIVE metres long.

Back on 26 July, the 450i Vertical Concert Grand piano was revealed at one of Latvia's established concert halls. The Guinness Book of World Records has not yet officially measured the new invention, however it's thought to be about 4.5 metres high - making it one metre taller than the current largest piano on record. Ironically, this piano has been created by the same man who created the current largest piano in the world. German piano maker David Klavins built a Model 370 piano back in 1987, which is currently regarded as being among the world's largest.

Take a listen to the piano being played below.

It could also rank pretty high for being one of the most difficult pianos to play. Any pianist who dares to play it must climb a dauntingly steep flight of steel stairs leading to a balcony. The lack of wooden casing around the piano makes for a remarkable experience for the audience, who can see the piano's enormous steel strings stretching down against the wall.

So, what would you play on this piano if you had the chance? David Klavins, the innovator of this piano, told Agence France-Presse, "The most suitable music for this instrument would be all the very expressive works, for example, Rachmaninov, Scriabin but also Beethoven’s sonatas would sound totally different on this instrument."

The world's top 5 most expensive pianos 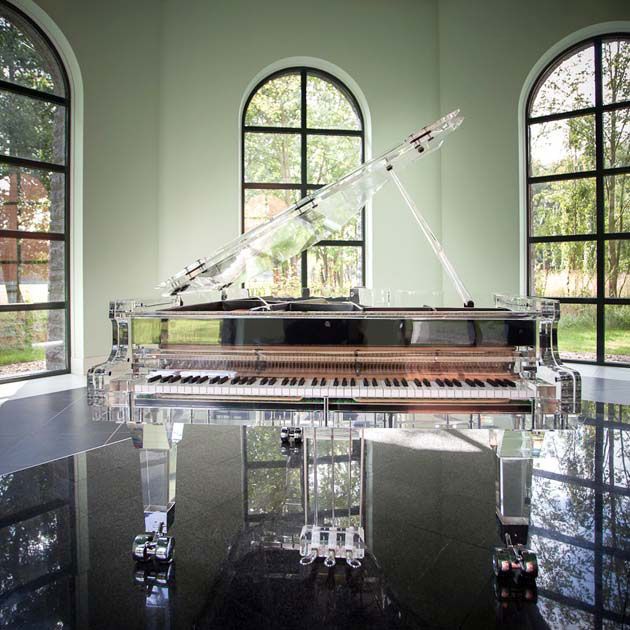