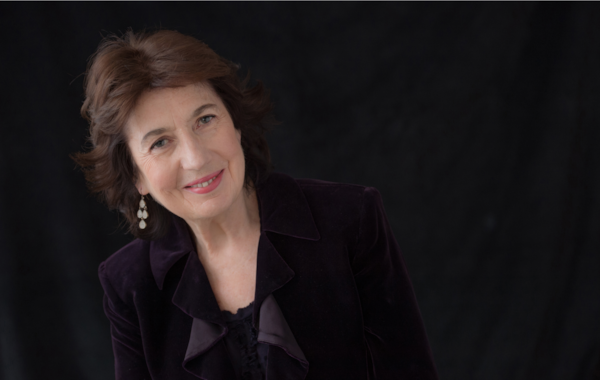 The British pianist is the fifteenth recipient of the award, following the acclaimed jazz musician Gary Crosby OBE, who received The Queen's Medal for Music 2018 last year

With a career spanning over five decades, Imogen Cooper has performed with some of the world’s most celebrated orchestras, and is regarded as one of the finest classical pianists. In 2015, she founded the Imogen Cooper Music Trust – a charity aimed at supporting young musicians at the start of their careers by tutoring them personally, offering a series of week-long masterclasses.

In June this year, Imogen Cooper took part in the first live classical music concerts to be broadcast since the beginning of lockdown. The concerts were performed to the empty auditorium of Wigmore Hall in London, and live streamed to listeners across the nation by BBC Radio 3.

The Medal was established in 2005 at the suggestion of former Master of The Queen's Music, the late Sir Peter Maxwell Davies, and is awarded annually to an outstanding individual or group of musicians who have had a major influence on the musical life of the nation.

The nominating process for the award is overseen by a committee chaired by the Master of The Queen's Music, Judith Weir, and the committee's recommendation is then submitted to The Queen for approval.

“A historically important British solo pianist, Imogen Cooper has devoted her extensive, and ongoing, performing career to her repertoire, richly upholding the values of classical music as an inspiration to listeners and colleagues worldwide.”

On hearing of the award, Imogen Cooper said:

“I am humbled and honoured to be receiving The Queen’s Medal for Music, following a line of distinguished colleagues whose achievements I have always admired. I believe that the power of music is like no other within the arts - vitally necessary to calibrate, stimulate, move and nurture us in these turbulent times. Through the Imogen Cooper Music Trust, I am more than gratified to reinforce this power to a younger generation, who are starting on a long journey. My heartfelt and respectful thanks to Her Majesty.”