Mozart features heavily on the new release, as does Ukrainian-born contemporary composer Valentin Silvestrov. Grimaud manages to create a verbal dialogue between the two throughout the album.

Three works by Mozart are included: the unfinished Fantasia in D minor K 397, the famous Piano Concerto in D minor K 466 and the Fantasia in C minor K 475. Presented in chronological order of composition, not only is each piece more structurally and dramatically complex than the one before, but all three are among the relatively small number of works in Mozart’s vast output written in minor keys.

Valentin Silvestrov’s The Messenger – 1996 appears on the album, and offers both a response to and an echo of Mozart’s music – this idea of acknowledging and paying tribute to what has gone before is central to his art as a composer. 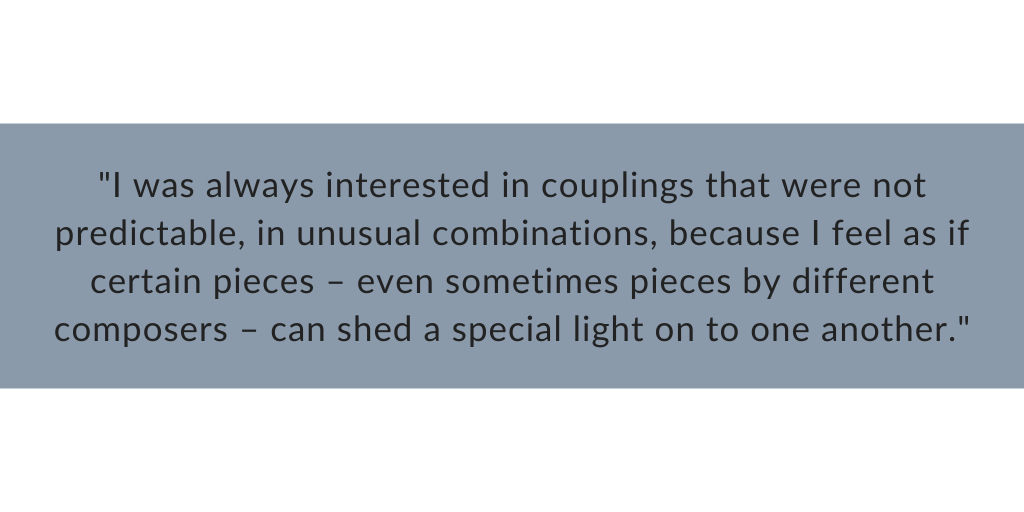 The recording sessions took place at the start of this year at an historic Mozart site in Salzburg, the Great Hall of the University, where Grimaud was joined by the Camerata Salzburg.

Before the album's release, two singles – each accompanied by a performance video – will be made available. The first, the third movement of Mozart’s Piano Concerto No. 20, is already available and can be watched below. The second, Silvestrov’s The Messenger – 1996, will be available from 11 September.