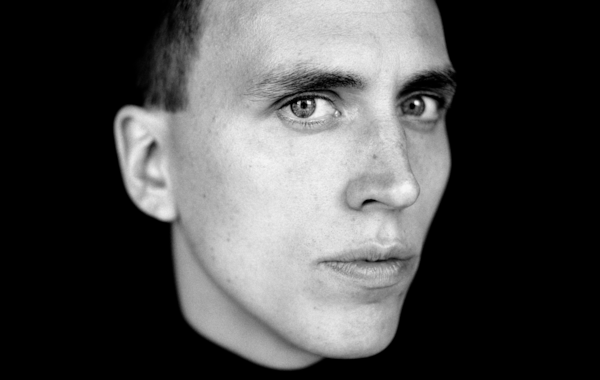 There’s a real dichotomy to the German composer Martin Kohlstedt.

On the one side there is a very rational Martin, a musician who composes modularly as if he were programming or coding his own sensibilities. Then there’s Martin’s right-side-of the-brain; fingers which roam the piano freely in childlike creativity, an authenticity that often shines through in Martin’s expression when – eyes shut, mouth wide open – he plays the piano. Somewhere in the midst of these opposing forces, sits Martin – not comfortably, but rather uncomfortably – in a tireless tug-of-war, harnessing the power of tensions and doubts.

Martin Kohlstedt’s last couple of releases undeniably give in to his more rational, expansive side. STRÖME saw the composer work with Leipzig‘s 50-person GewandhausChor in an ambitious experiment that combined singing, piano, and electronics.

Immediately after, he launched RECURRENTS, inviting renowned musicians to rework the tracks on STRÖME. If collaboration and innovation were his guiding principles then, spring 2020 turned things around quickly as Martin faced the isolation and introspection brought about by a global pandemic. “I was making so much in the outer world, there was so much discourse, big concerts, a choir... it was important for me to talk to myself again.” says Martin. Confined in his Weimar apartment with nothing but his piano, Martin started working on FLUR, a solo piano album composed and recorded in the intimacy of his home.

While confinement set the perfect conditions for Martin’s exploration, FLUR is anything but restrictive. A feeling of openness is exactly what connects the album’s tracks - rather than forcing listeners to choose between any given state, this music makes space for, it allows, the formulation of new answers. And that’s exactly Martin’s aim; to lift the restrictive boundaries of rational convictions and certainty to allow ambiguity, ”For me it’s very important to have doubt, not being entirely sure what you mean. One day you know it, and the next you don’t,” says the pianist, “It’s about the contrasts – the thing in between is the most important.”

The album’s title is a play on this newfound navigation through uncertainty. A specific forestry term, FLUR, is a corridor created through woodlands that’s critical for the maintenance of ecological processes including the movement of animals.

Under lockdown, and unable to ask others for validation, Martin had to create his own way forward, “I had to value all the pieces myself. I needed to listen to my music - in the beginning it’s not easy. You hate every song like a child, you don't want to feel good with them, but you have to learn how to. You cannot hide.”

The latest single QUO is a gloriously delicate piece. Littered with repeating ascending and descending phrases, Kohlstedt allows the music to breathe in, and then breathe out. He comments, "On every album of mine, there’s a QUO: A humble, almost submissively introvert piece that dares to dream for a moment before returning into itself to observe and just be there again."

Watch him perform QUO below, played live in a garden cottage in Thuringia, Germany on an old Steinweg piano.

For those who have followed Martin Kohlstedt’s work, FLUR will feel like a breaking point. All the structures he has built and refined over the years – avant-garde arrangements and complex experimental systems – simply collapse. What’s left, however, is fundamental. Closer to his first solo piano albums TAG and NACHT, FLUR is still not a return to his roots entirely. With the album, Martin has created a new vocabulary and a fertile ground to build something anew, “this is the start of something for me,” says Martin Kohlstedt.

Kohlstedt performs another single, XEO, taken from his new album

How playing the piano can aid your mental health