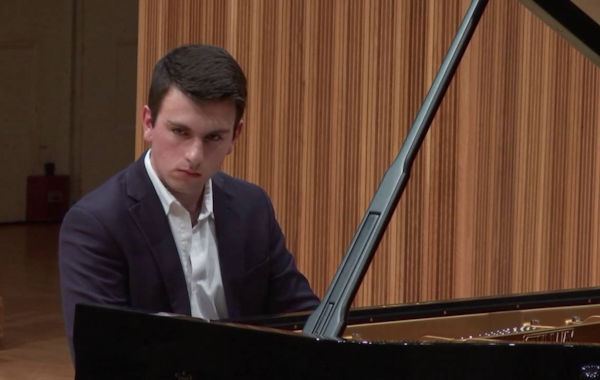 A former piano finalist of Woking Young Musician of the Year has won the right to practise at home after a three-year legal battle.

James Carrabino progressed through the competition in 2015 after his family had been served with a noise abatement order on their Kensington home. The Carrabinos had objected to their neighbour’s proposal to build a basement extension. Soon afterwards, they received the order, which prohibited James and his younger brother from practising the piano for more than an hour a day.

This order was challenged by the family last year with the help of the Incorporated Society of Musicians, which supports UK musicians and protects the rights of professionals in the industry. In a subsequent ruling by District Judge Elizabeth Roscoe, the order was partially overturned to allow James, who is now a student at the Royal College of Music, to practise on the instrument for up to five hours each day. District Judge Roscoe remarked at the time that ‘Play is absolutely an entitlement.’ The Royal Borough of Kensington and Chelsea appealed the judgment but this week withdrew the appeal and have agreed to pay costs.

James’s mother Annette Carrabino released this statement on behalf of the family: ‘My husband and I are delighted that the Royal Borough of Kensington and Chelsea has withdrawn the notice and its appeals of the judgments in our favour handed down in Magistrates’ Court last year. The Council’s withdrawal of all legal proceedings against us follows a three-year ordeal during which the Council pursued this unnecessary and unwarranted action to severely restrict our children’s ability to play the piano in our family home.

‘The Council’s withdrawal of its appeals is also excellent news for all musicians in the UK. District Judge Roscoe’s judgment sets a standard which no local authority can ignore, making it clear piano playing is a normal domestic use of a family home and that “play is absolutely an entitlement…”. Any musician that is in a dispute of this nature can refer to this case as an example of a musician’s right to play or practice their instrument at home at reasonable times of the day and for reasonable periods – in this case, the judge considered five hours a day to be reasonable.

‘We are very grateful throughout this ordeal to have had the professional support of the Incorporated Society of Musicians and our barrister, Mr Richard Turney of Landmark Chambers, both of whom have worked tirelessly to defend musicians’ rights throughout the United Kingdom.’

Deborah Annetts, chief executive of the ISM, whose legal team represented Carrabino, commented: ‘We are delighted by the news that the Royal Borough of Kensington and Chelsea has dropped its appeals against the decision to allow our member James Carrabino to practice in his home. This marks the end of three years where attempts have been made to stifle a musician’s activities.

‘This is a success story for the Carrabino family, and excellent news for all musicians who may find themselves in a similar situation in the future. We are delighted to have played our part as the professional body for musicians in supporting and championing musicians’ rights.’