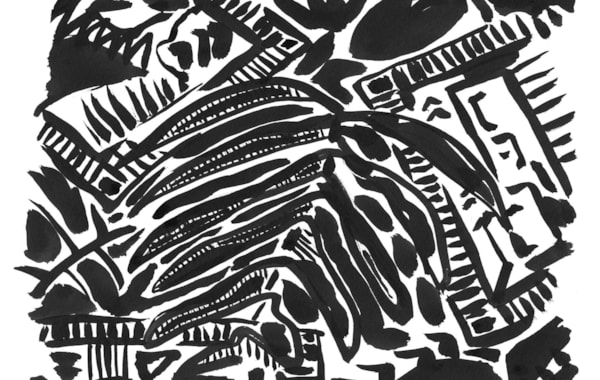 “I was mesmerized with this music from the moment I started plunking out some of those notes on the piano,” Deschenes said. “Ovalle’s harmonies are rich, dense, and incredibly evocative. The chromaticism that permeates much of his music creates an uneasy motion often resolving on the very last chord with much satisfaction. The emotionally charged, yet delicate melodies, offer the perfect complement to the often muddy lower parts.”

This project is a collection of 24 opuses ranging from short and melancholic to lengthy showpieces. The album beings with Aboio (Op. 8), which Deschenes chose because it is evocative and sets the tone for the entire project. Lamuria (Op. 26), though short, is filled with melancholic emotion that is even expressed in its name.

“Maria Do Carmo” (No. 2) from Dois Retratos (Op. 14) focuses on a portrait of a person who was important to Jayme Ovalle. Between its daring opening and its slow pace, we can hear each colour of every note and can feel the intentional compositional choices.

While most of the pieces in this project are short character pieces, the three Legendas are more virtuosic pieces that punctuate the project on both discs. These three works seem to follow a similar pattern: Legenda No. 1 is the longest with colourful motion; Legenda No. 2 is majestic and stately; and Legenda No. 3 is freer, with thick chords reminiscent of jazz harmonies.

The Ovalle Project is already receiving praise. Alexandre Dias from Instituto Piano Brasileiro said: “Jayme Ovalle is one of Brazil's great composers, but whose piano works are still virtually unknown. Andree-Ann Deschenes does an amazing work in bringing his compositions to life, a result of her careful research to find each lost score, and to create a sensitive and highly artistic rendition for each piece. Ovalle's dense harmonies and rich melodies find in her a perfect interpreter.”

Mariana Ovalle, the daughter of Jayme Ovalle, was moved by the project and thanked Deschenes for her performance.

“It was as if I was able to touch my father in a more intimate closer way [than] ever before,” Mariana Ovalle said. “Since I was a little girl of three and a half when he died, I longed to somehow find him again. [Your] playing his music has magically opened a door in a way I could feel him closer and more tangible than ever before. You have a great gift in interpretation that you play so intuitively and with such passion that the listener cannot help but dive deeply into the feeling of the music.”

Born in Brazil, Jayme Ovalle was an enigmatic artistic figure of the first half of the 20th century. A self-taught composer, he is mostly remembered today for his song Azulão, co-written with poet Manuel Bandeira. In addition to songs and a few miscellaneous instrumental works, Ovalle composed 24 opuses for piano.

Described by historian Vicente Salles as an “excellent improviser, a spontaneous creator of melodies”, Jayme Ovalle’s small musical output was mostly composed during the second half of the 1920s but did not get written down and published until the mid-1930s.

“I think of Ovalle’s music as a perfect representation of the time he lived in, but also of his incredibly rich spiritual and artistic life."