A vibrant force who pioneered solo jazz piano style, fusion and so much more over the past 60 years, Chick Corea was a force to be reckoned with in the world of jazz.

Corea died on 9 February from a rare form of cancer that was only recently diagnosed. The news was announced by his management team on social media.

You may know him for his days with Miles Davis or for famous songs like Spain, but there’s no denying that Chick Corea was a jazz legend. He appeared on the cover of Pianist issue 81 in 2015. Back then, an awed Inge Kjemtrup talked to him. 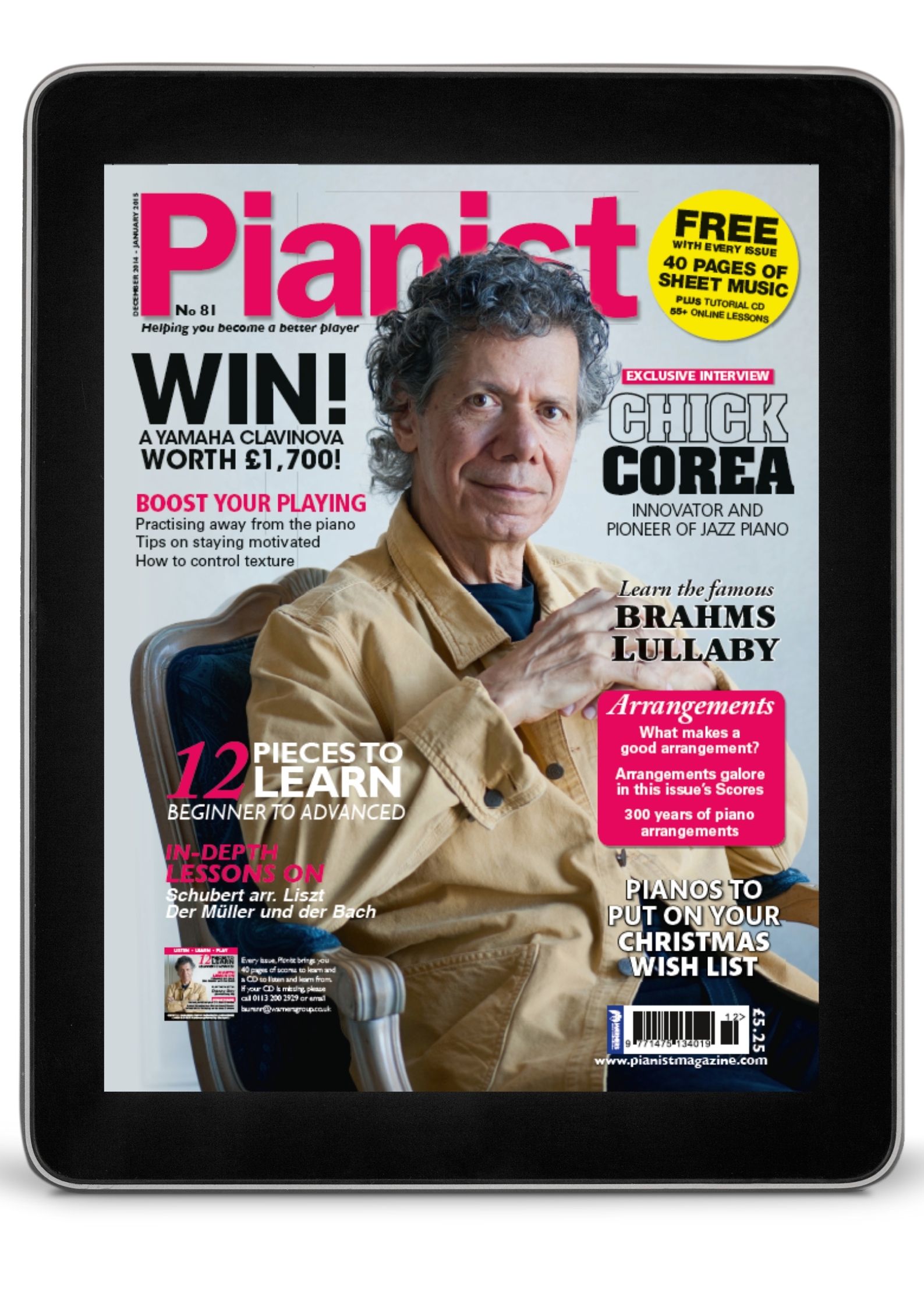 Here are some inspiring Corea quotes from that interview:

‘My teacher was a good example for me because he got a beautiful sound and played it without a lot of effort, very gracefully, and that was an image that I aspired to’

‘The future of jazz and the world is in all our hands; it’s up to all of us to put some quality in our lives’

‘Through the years I’ve done at least a few solo piano concerts, because I like to assess my own musical output by myself without other musicians just to see where my imagination might go and where my tendencies might be’

Corea was also keen to understand the 'classical' side of music. He was an ardent fan of the concert pianist Friedrich Gulda, who sparked his interest in Mozart. He's what he told us:

'I became curious about Mozart back in the 1980s when I met Friedrich Gulda, the great Austrian pianist, and he became a friend of mine. He was well known for his Mozart performances, his Beethoven and Bach. But he also loved to improvise. I attended a piano festival in Munich and Gulda was part of it, and he asked to play a duet concert with me. He said, ‘I don’t want to meet Chick beforehand, I’ll meet him on stage.’ We met on stage and improvised the whole concert together and it was a blast. At one point he played this solo and launched into this composed piece of music. It was gorgeous.

I thought, this must be a composer, a young composer, composing in the classical style. When the concert was over, I asked Gulda, “What was that piece you were playing?” And he looked at me kind of like you mean didn’t know what that was? and said, “That was Mozart!” And that took me aback, because I thought, gee that’s beautiful. Because before that I wasn’t intrigued by Mozart’s music that much.

I told Gulda, I’d like to learn more about that. He said, ‘Yes, of course you would.’ Then a month later, he sent me the mini score of the Mozart double concerto and said, you play the second part and we’ll play with the Concertgebouw of Amsterdam at the Mozart Festival. That was my first introduction, and I naively accepted and I became enthralled after that.'

You can read the complete interview – still available as a digital back issue.