The Australian actor stars on the Dec/Jan issue of Pianist, and talks in-depth inside about how she prepared for her role as a powerful conductor at the peak of her career. 'Tár' is already out in US cinemas, and hits UK cinemas on 20 January. 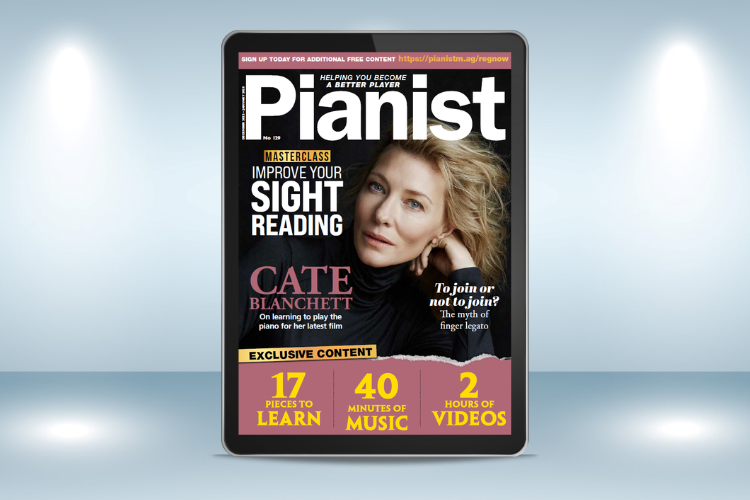 2x Oscar winner Cate Blanchett has a brand-new movie out; and it's movie that us classical music lovers are not going to want to miss.

In Tár, Blanchett plays a fictional composer-conductor Lydia Tár nearing the peak of her career who has taken over a celebrated German orchestra as its first female music director. It's a gripping movie that highlights Tár's highs and lows as she grapples with maintaining her status and image.

As part of her preparation for the role, Blanchett intensely studied masterclasses given by some of history's greatest conductors and pianists. Russian conducting great Ilya Musin was high on the list, and was studied in detail. The actor also looked at films featuring Claudio Abbado, Carlos Kleiber, Emmanuelle Haïm and Bernard Haitink in performance.

While studying the greats is one thing, Blanchett also needed to be able to play like a professional. The Australian took many piano lessons as a child in Melbourne, but digging up that learning experience wasn't going to be enough for this role. So, she turned to one of the Liszt Academy's best teachers for help.

‘I was worried because I knew I had to play these bits and pieces, and I thought, “I have to get some lessons”,' she explains to Pianist editor Erica Worth inside the Dec/Jan issue. Blanchett was filming in Budapest, Hungary, for a different project when she came across teacher Emese Virág.

'I was lucky to find Emese Virág, who teaches at the Liszt Academy in Budapest. She would come to see me once a week.’

Cate Blanchett appears on the cover of the Dec/Jan issue of Pianist. Inside, she speaks in depth about her role in the new film. Get your copy here.

'Tár' is already out in US cinemas and hits UK cinemas on 20 January.