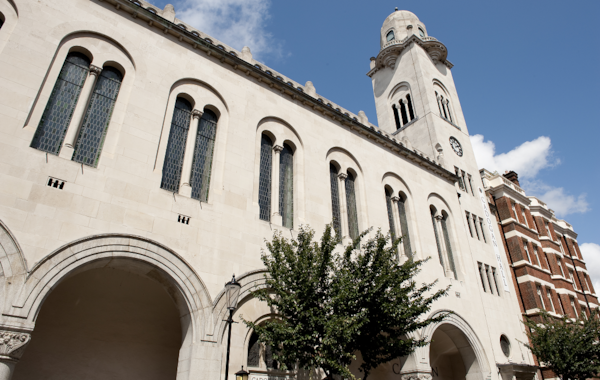 London's beloved venue will become one of the first major halls in the UK to reopen for live streaming, following in the footsteps of Wigmore Hall

The venue will welcome musicians back for a series of carefully planned live-streamed concerts and recording sessions over the coming weeks, all adhering to strict government guidelines.

Events include Black West End and Broadway stars coming together for a special charity performance, ‘TURN UP!’ in response to the Black Lives Matter movement, album recording sessions, and a live streamed concert from the English Chamber Orchestra.

The Orchestra’s strings returned to the stage for an album recording on 6 & 7 July. They are then due to perform a live-streamed concert with 25 players on 8 July at 7:30pm. Stephanie Gonley directs the orchestra from the violin in a performance of Mozart’s Symphony No.29 and Ofer Falk is the soloist in Vaughan Williams’ The Lark Ascending. The performance will be broadcast on Cadogan Hall’s YouTube Channel and will be followed by a Q&A session with members of the Orchestra.

Adam McGinlay, Managing Director of Cadogan Hall, says, ‘We are so pleased to get performers back on stage once again. The government’s announcement of a £1.57bn package of support for the arts, culture and heritage sector in the UK is hugely welcomed and we wait with great eagerness on reopening dates in accordance with the government’s five-plan recovery roadmap.

Online streaming does not - in anyway - replace the live concert going experience. It barely shines a light to it. Meeting friends pre-concert, bustling foyers, people watching, prosecco flowing... it can’t be replicated online.

Not until we beat the pandemic, or at the very least control it, can we return to what we do best. Live performance. Until then - our bustling foyers, bars and foyer announcements - remain ghostly silent.

Concert streaming does, at least, go someway in reconnecting concert platforms with players, and players with audiences. It doesn’t generate significant income and requires considerable expenditure. But we can at least we can connect through streaming – and Cadogan Hall is open to all promoters and performers to make this happen.”

As of yet, no live-streamed piano recitals have been announced.

We will keep a close eye out...

Find out more information about all upcoming live-streams here.