In a very special ‘homecoming’ concert, Birmingham’s Lauren Zhang will make her professional recital debut at the Royal Birmingham Conservatoire on Tuesday 12 March.  The winner of the prestigious BBC Young Musician 2018, who is a piano student at the Junior Conservatoire, will give an hour-long lunchtime recital of music by Beethoven, Brahms and Chopin.

Lauren won the BBC Young Musician in May 2018 in her home city of Birmingham, performing Prokofiev’s Piano Concerto No 2 with the City of Birmingham Symphony Orchestra at Symphony Hall, broadcast live on BBC 4 and BBC Radio 3.  Since then, she has performed as a concerto soloist at the BBC Proms and Proms in the Park.  The 12 March concert will be her first professional solo recital. 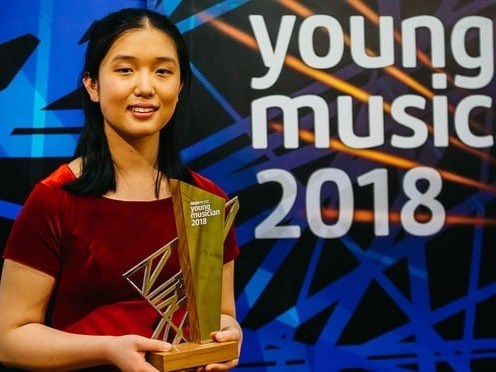 Professor Julian Lloyd Webber, Principal of Royal Birmingham Conservatoire said, “Having spent a lifetime making music with some of the world’s finest musicians, I can honestly say Lauren is up there with the best – she is a total phenomenon.”

Lauren studies piano with Dr Robert Markham in the Conservatoire’s Junior Department and is a pupil at the King Edward VI High School for Girls.  The American-born Chinese student moved to Birmingham with her family in 2010.  She is in great demand throughout the UK and further afield with concerto appearances now lined up with the London Mozart Players, European Union Chamber Orchestra and Brno Philharmonic. She will also give recitals in Nottingham and Munich and festival performances at Ryedale, Wooburn and Lichfield among many others.