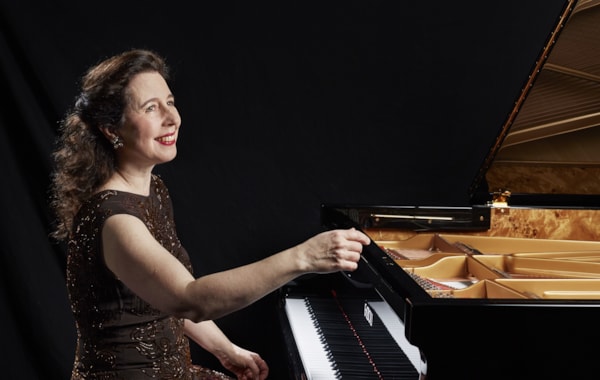 The Canadian pianist's F278 Fazioli piano was dropped by piano movers at the end of a recent recording session in Berlin, in which she had been recording the Beethoven Variations.

Hewitt had used the piano for many of her recordings that have taken place in Europe since 2003.

Hewitt announced the news to her adoring Facebook followers, stating, "I adored this piano. It was my best friend, best companion. I loved how it felt when I was recording – giving me the possibility to do anything I wanted... I hope my piano will be happy in piano heaven."

Unfortunately, the piano is completely beyond repair due to the severity of the damage sustained in the accident. "Unfortunately the piano, now that it has been inspected by Ing. Fazioli and his staff, is not salvageable," she explains. "The iron frame is broken, as well as much else in the structure and action (not to mention the lid and other parts of the case). It makes no sense, financially or artistically, to rebuild this piano from scratch. It's kaputt."

Hewitt was rightly sympathetic towards the movers. "The movers of course were mortified. In 35 years of doing their job, this had never happened before. At least nobody was hurt."

She appeared on the cover of Pianist back in 2012.

Fazioli may have been founded some 125 years after piano manufacturing giant Steinway & Sons, but its pianos are dearly loved by many of the music industry's top pianists. Daniil Trifonov and Herbie Hancock both regularly request a Fazioli piano when performing.

Terence Lewis, co-owner of London's Jaques Samuel Pianos, told the Guardian, "Faziolis are truly handmade. They make up to 150 a year. It is absolutely bespoke, incredible quality. Once pianists start using Fazioli they become dedicated to them."

The piano, which retails for around £60,000-£75,000, is a particularly unique piano. It was the only F278 Fazioli in the world to have the 4-pedal mechanism (normally reserved for the F308 model). It's status as the only one of its kind has given it an approximate but unconfirmed value of around £150,000.

Find out more about the Fazioli 278 here.

Listen to Angela Hewitt perform Debussy on the F278 below, a recording she describes as "one of my favourites for the sheer quality of sound and colour from my Fazioli."

Our pick of the BEST online recitals from the past week