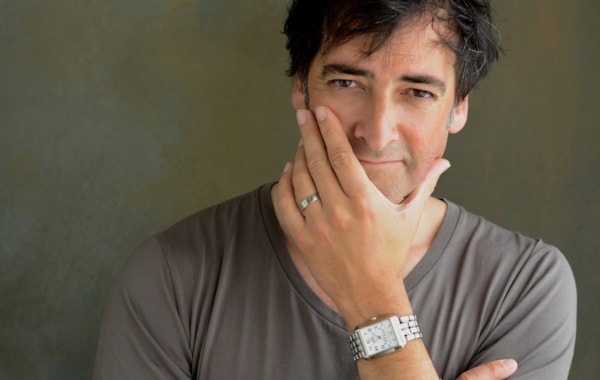 The 27-date The Piano Show tour opens at the Thornbury Arts Festival in Gloucestershire on Saturday 2 Mat and takes in towns and cities across the country from Alnwick and Liverpool to St Ives and the Isle of Wight, along with an evening at London’s prestigious Cadogan Hall on 15th May.

It comes in the wake of the success of his debut record Alistair McGowan: The Piano Album, recorded on Sony Classical, which topped the UK classical album charts – just four years after he took up the instrument again in middle age. It also reached No 2 in the Classic FM chart.

Read our exclusive interview with him here.

McGowan studied piano for two years as a boy but gave it up in favour of football and tennis.

When he graduated in drama from the Guildhall School of Music and Drama in 1989, he began working as a stand-up comic and actor on stage – where he was nominated for an Olivier for his performance as the demon dentist in Little Shop of Horrors, radio and on television.

His work includes The Big Impression, which was one of the BBC’s most successful and highly rated comedy programmes and for which he won a BAFTA.

He comments: “Rediscovering the piano as an adult has been a great joy to me, and being able to share that joy with others is both a privilege and a pleasure.

"I'm very much looking forward to this new tour - it will give me the chance to play some particular favourites, accompanied by light-hearted anecdotes and biographical facts about their composers, and of course add in a few impressions along the way.

"And if it encourages someone else to follow their own dream or ambition, whatever their age, then that's even better."