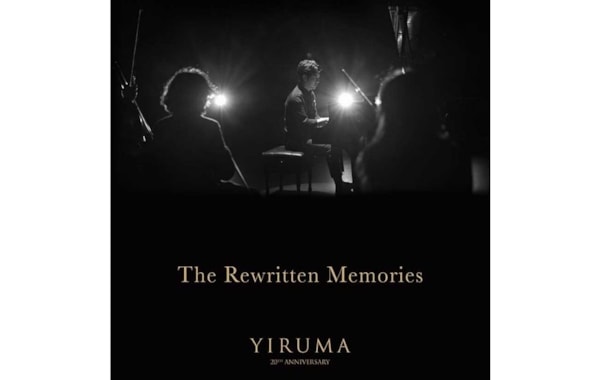 The South Korean's new album will be released via UMG Korea on 26 March 2021. The release marks the 20th anniversary of his debut album

South Korean pianist and composer Yiruma is celebrating 20 years since his debut album with a new recording, The Rewritten Memories, to be released on 26 March via Universal Music Group Korea.

It features brand-new orchestral arrangements of some of his best-loved works from the past two decades, including the globally popular ‘River Flows In You’ – dubbed “the ‘Clair de lune’ of the 21st century” (Classic FM) – and ‘Kiss The Rain’, which is out now as a single. You can watch the music video for 'Kiss The Rain' below.

The Rewritten Memories is Yiruma’s first orchestral studio album and features the composer himself on piano. “It was a challenging yet interesting experience,” he says, describing the recording of the album with the Korean Symphony Orchestra during the Covid-19 pandemic. “The entire orchestra members couldn’t gather simultaneously and had to record part by part.”

Reworking his collection meant Yiruma could finally realise many of the sounds he had imagined when he first composed the solo piano works. “I had often thought when playing ‘River Flows In You’ that a flute melody would work well over the top – it was wonderful to explore this.”

The Rewritten Memories spans music from Yiruma’s 20-year career, from 2001’s First Love to his recent composition Room With A View – a piece dedicated to the joy of staying indoors, which, despite being written before the pandemic, provided an evocative soundtrack to 2020.

Educated in the UK at the Purcell School of Music and King’s College, London (where he studied under Sir Harrison Birtwistle), Yiruma is best known for his simple, melodic and emotional style of writing.

A popular and well-known personality in Korea, Yiruma’s many musical and related activities include hosting radio shows and DJ-ing, collaborating with musicians from many different genres, and writing hit songs for some of K-Pop’s most successful bands. But it is for his solo piano works that Yiruma enjoys most global acclaim; his most popular pieces are performed by millions of amateur pianists the world over, and his own recordings have delivered over two billion streams.

Despite his success, Yiruma remains modest. He concludes, “I don’t know how 20 years has passed since my debut album! I never imagined that people all over the world would listen to my music. It’s surreal. It’s not something I planned – and I’m very grateful.”