5 of our favourite online piano performances from the last week 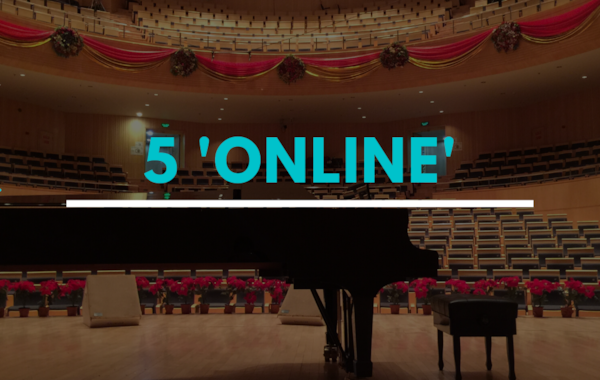 The English pianist performed live from Wigmore Hall as part of their June lunchtime series. He delighted listeners with Beethoven's 'Moonlight Sonata' and Schubert's Fantasy Sonata in G D894.

We have not one but TWO performances from Wigmore Hall to enjoy in this week's round-up, with Imogen Cooper being the latest.

She blessed us with a programme of Schubert's 12 Deutsche Ländler D790, Beethoven's Bagatelles Op. 119 and Piano Sonata No. 31 in A flat Op. 110, and Janáček's On an Overgrown Path, VII.

Lang Lang's International Music Foundation has been gracing us with performances from their young scholars every week.

This week, it was the turn of Carey Byron, who is just 15 years old. She performed a selection of Chopin Waltzes, Mazurkas, and Preludes.

Ok, we may have cheated on this one a little bit as it happened a little over a week ago... but we couldn't not include it. Batsashvili performed as part of Warner Classics' #StayHome series, in which they stream one artist performance per week.

The Georgian pianist plays a selection of music by Liszt, including Tarantella da Guillaume Louis Cottrau and Consolations, S.172: I & II.

See if you can spot Mariam Batsashvili inside our next issue (115). You may even find her on the cover...

This is a great live-stream to watch with your little ones. #RoyalAlbertHome is hosted by, of course, the Royal Albert Hall, and they have been hosting live-stream concerts from the homes of a variety of artists weekly.

This week, pianist and singer Arthur Lea delivered a 30-minute Jazz for Kids set from his home. Lea has been described as a "...21st century Thelonious Monk" by The Guardian.