From Montreal to Canberra, the vast array of magnificent events planned for the spring has really left us spoilt for choice.

The stunning cities of San Diego, Prague and Bergen are all included in this list, making our decision ever harder to make, and that’s before we even know which pianists will be making appearances.

Sir András Schiff will be visiting Brighton Festival in May, whilst Leif Ove Andsnes is set to please the crowds at Bergen International Festival in Norway. Jools Holland, Ji Liu and Chilly Gonzales are also set to perform at other festivals. Tempted yet?

The quite marvellous grounds of Tonbridge School, Kent, play host to the spring edition of Holiday Music Courses. All ages are welcome! The course caters for pianists (solo and ensemble) and other musicians, making music in any combination. Workshops focus on ensemble playing, technique and interpretation. Piano tutors include Danielle Salamon, Lucy Waterhouse, and Nadia Lasserson. The fee includes meals and (plenty of) coffee. 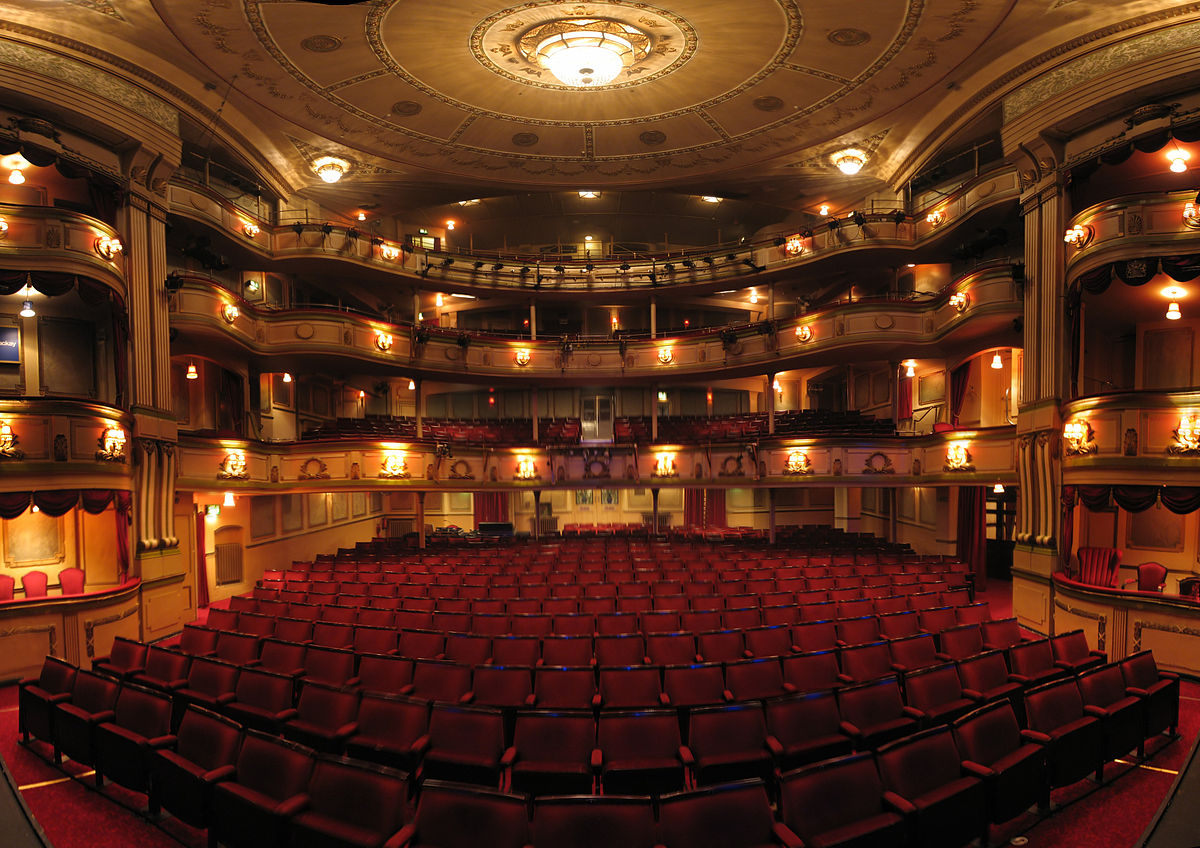 Brighton Festival is again planning an unmissable line-up that includes some huge piano names.  Sir András Schiff will perform on 12 May, and Grammy-winning entertainer Chilly Gonzales will take to the stage the following day. Both have appeared inside Pianist magazine in the past; Schiff in issue 76 and Gonzales in issue 104.

3. Perth Festival of the Arts

Sergei Redkin will perform at the festival

Jools Holland returns to the Scottish based festival after delighting the crowds last May. The festival will also welcome exciting young pianist Sergei Redkin, who will perform with the Russian Philharmonic. British classical pianist Danny Driver will also make an appearance, performing works by Debussy, Ravel and Falla. Perth Festival will be announcing more acts in the coming weeks! 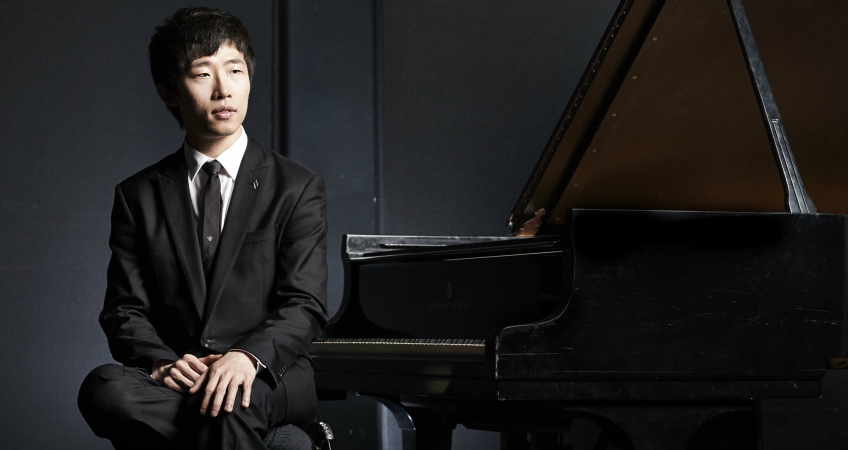 This will the very first instalment of the Master Music Festival! Nicholas McCarthy, Arthur Cimirro, Michael Harvey and Steinway artist Ji Liu are all due to perform at the Clarendon Muse in Watford - the festival’s home this year. Fancy performing yourself? Sign up to compete in the Master Music Festival Piano Competition, which will take place during the festival. You might just win. Apply for the competition here. 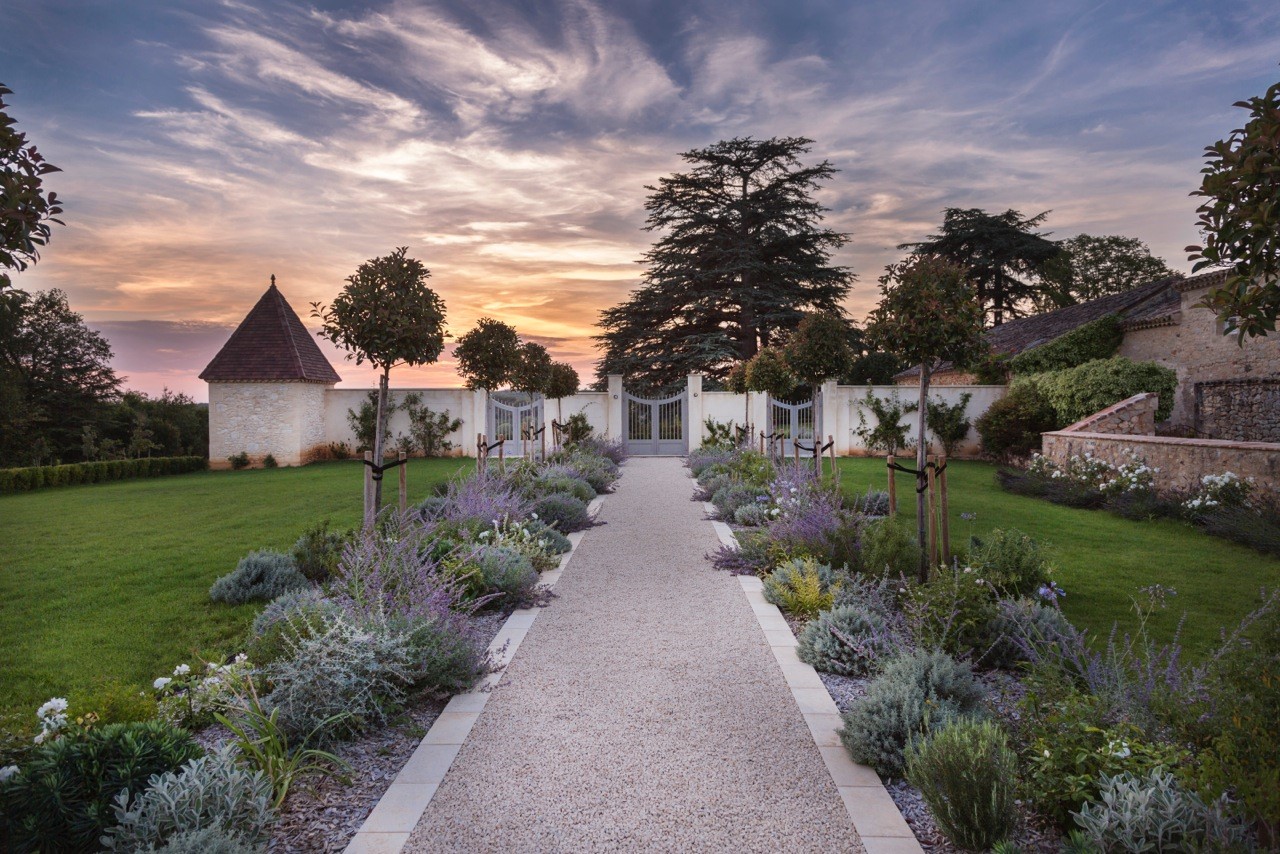 Located in a stunning stone farm building with great accommodation at La Balie in south-west France, this springtime course for pianists is perfect for intermediate to advanced level players. This year sees British pianist Charles Owen lead the pre-summer courses for two weeks of intensive and inspirational teaching. Celebrated pianists Noriko Ogawa, Vedrana Subotic and Martin Cousin will be teaching in the summer. With La Balie’s summertime courses in high demand, attending the springtime courses would be a smart move if you want to guarantee a place and avoid France’s searing summer heat! 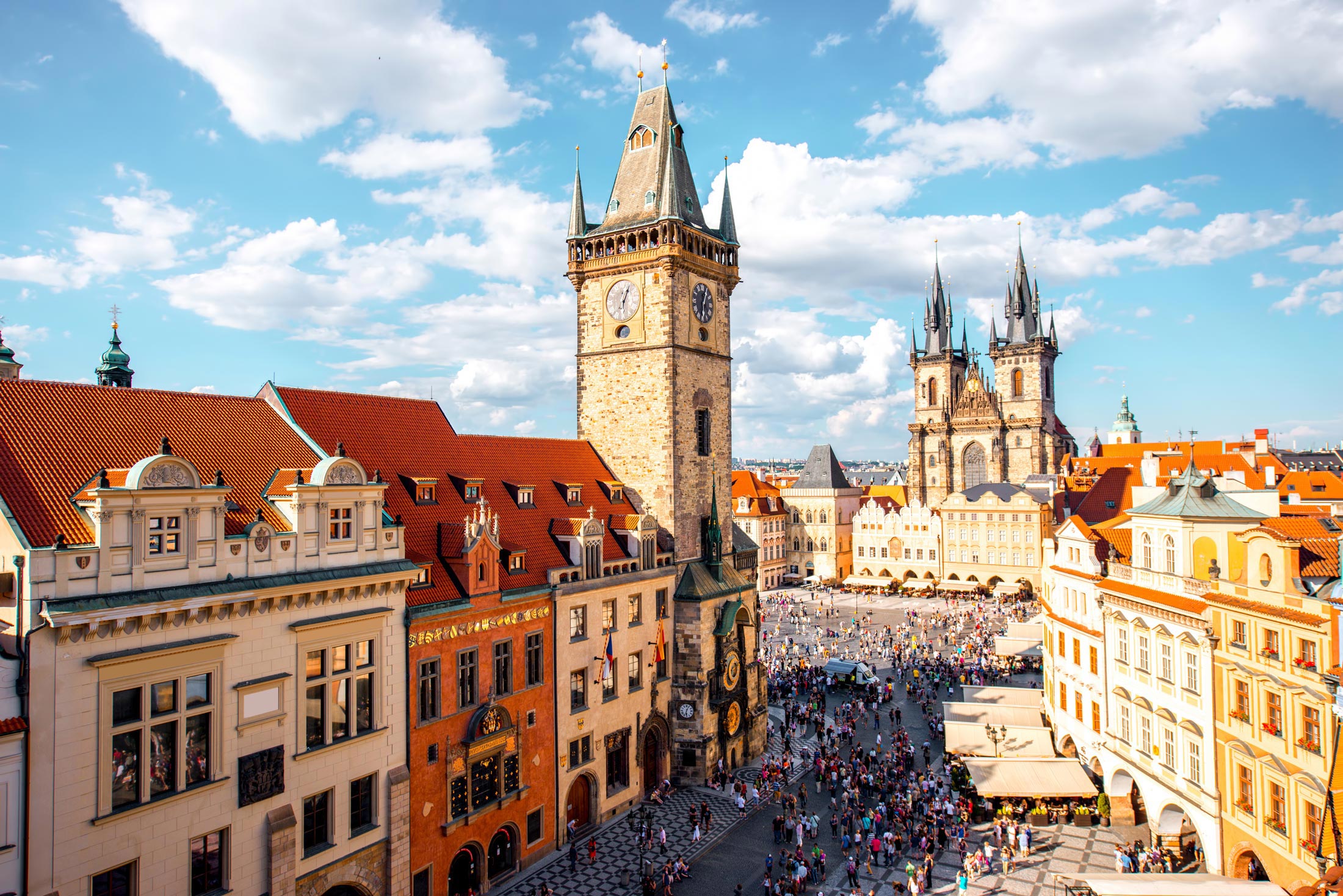 The centre of Prague

This May, the 74th edition of this much-loved festival will welcome some of the greatest names on the classical music stage. Plenty of Czech artists will be performing, including pianists Pavel Zemen – who competed in the 2018 Leeds International Piano Competition – and Matyáš Novák. The latter recently home 2nd prize at the 16th International Edvard Grieg Piano Competition in Norway last year. Matyáš has won 33 other prizes at just 20 years of age. That is some feat for a young player. See what the fuss is all about by booking your tickets by clicking the image above.

Join the likes of Paul Lewis, Leif Ove Andsnes and Sunwook Kim in Norway this spring for what is expected to be a fantastic few days on the west coast. Leif Ove Andsnes, who was Pianist’s first ever cover star (he also appears in issue 100), will be joined by French pianist Bertrand Chamayou for a Masterclass in one of the festival’s highlighted events. World-renowned cellist Yo-Yo Ma and pianist Kathryn Stott will also be performing together. What a recital that will be!

Located in the stunning coastal city of San Diego, MMF is now entering its 31st year. British conductor Michael Francis has been leading the charge as Musical Director for the last three years, and he will continue as the festival opens at the magnificent, newly-opened Conrad Prebys Performing Arts Centre in La Jolla. Mozart is of course heavily featured! Pianists who are due to perform include Derek Paravicini, Chi-Ling Wu, and Jeremy Denk amongst others. 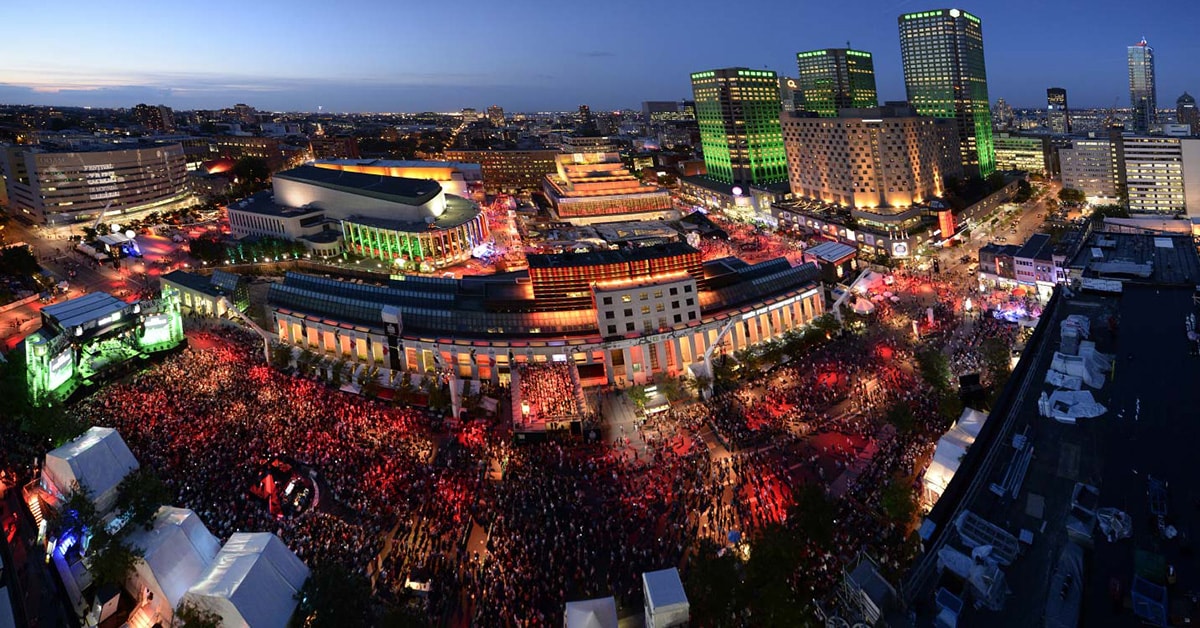 The jazz festival from above

The Canada-based festival is ranked as the world’s largest jazz festival, according to the Guinness World Book of Records. Montreal has been a never-ending buzzing hub for Jazz music over the last 40 years. This year is no different. In May, you’ll be able to experience experimental pianist Jean-Michel Blais – who’s performance will be extraordinarily unique. You’ll also have the opportunity to hear Alexandra Stréliski later on in the festival – a Montreal-based neo-classical composer and pianist. 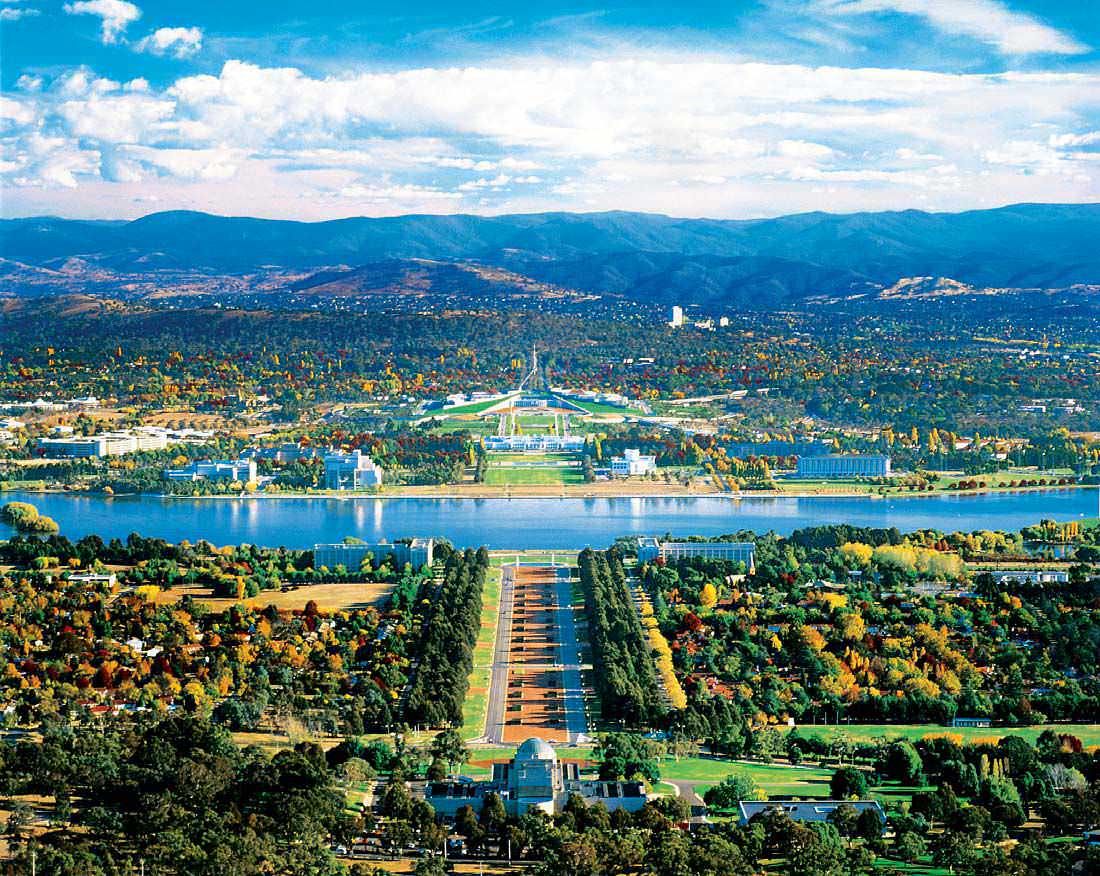 Want to rediscover Bach and hear his music in ways you’ve never heard before? The Canberra International Music Festival places emphasis on the music of J.S Bach played in so many different ways; you’ll hear his music on the organ, harpsichord, harp, you’ll hear it played by string quartets, saxophone quartets, and of course on the piano. Award-winning Russian pianist Vyacheslav Gryaznov will be performing as well as the New York-based jazz pianist Dan Tepfer, who will be playing Bach’s variations followed by his own variations. If you’re based in Australia, there certainly is no need to travel to Leipzig. The music of J.S Bach is alive and well in Canberra.