David Winston, Restorer and Conservator of Pianos to Her Majesty the Queen, is auctioning off his private collection of 26 rare pianos in September

Among the models expected to achieve the highest bids is a rare 1925 Pleyel grand piano fitted with an original ‘Auto Pleyela’ self-playing mechanism, in a spectacular Chinoiserie Louis XV case (estimate £40,000-£60,000) and a remarkable double piano from Pleyel, which is one of only 50 ever made. This model, which has a guide price of £40,000-£60,000, was once owned by the concert pianist wife of French writer and minister of culture André Malraux.

The auction will take place at Dreweatts on 23 September. Speaking about the sale, Will Richards, Deputy Chairman of Dreweatts said, “It is rare to see so many exquisite pianos together in one sale. We are proud to offer such an outstanding collection of instruments of such quality, history and craftsmanship. It is also very exciting, as this is the first time the collection has been offered in its entirety. Spanning three centuries of craftsmanship and innovation, this is a historic sale and a wonderful opportunity to own a piece of piano history.”

Winston, an American, originally trained as a violin maker before becoming a keyboard instrument maker and restorer. He has restored some of the most important and rare keyboard instruments in the world, including those of Beethoven, Chopin and Liszt. He established his Period Piano Company 45 years ago, in 1976, and was awarded the Royal Warrant in 2012, as the conservator and restorer of pianos to HM the Queen.

Let's take a closer look at some of the incredible pianos on offer. 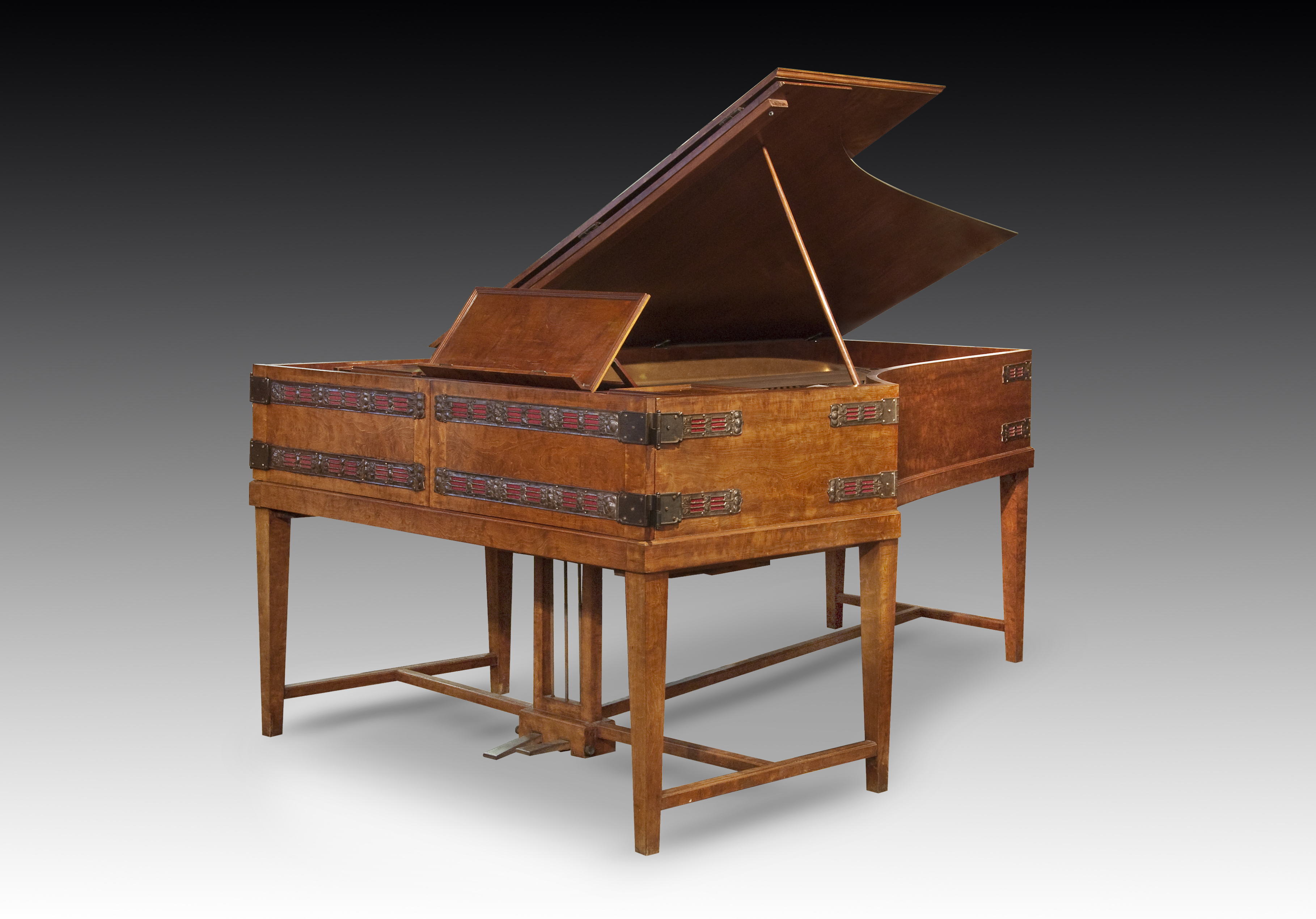 A rare Broadwood Arts and Crafts ‘Barless’ grand piano, dating from 1904 and attributed to Charles Robert Ashbee (1863-1942), the renowned British designer and architect.

The Broadwood ‘Barless’ grand was an important development in piano design, using a single cast steel frame without crossing frames, to create a freer, more responsive instrument. Highly successful, they were costly and so only made for a short time. As a result, they are now highly sought after. Only one other example with a similar case design is known, which is in the Cheltenham Art Gallery and Museum and was featured in the BBC programme ‘A History of the World in 100 Objects’. Originally commissioned by the Leetham family, wealthy mill owners in York, the piano’s subsequent owners included Jed Johnson, designer and boyfriend of Andy Warhol and the Forbes Collection. Estimate £12,000-£18,000. 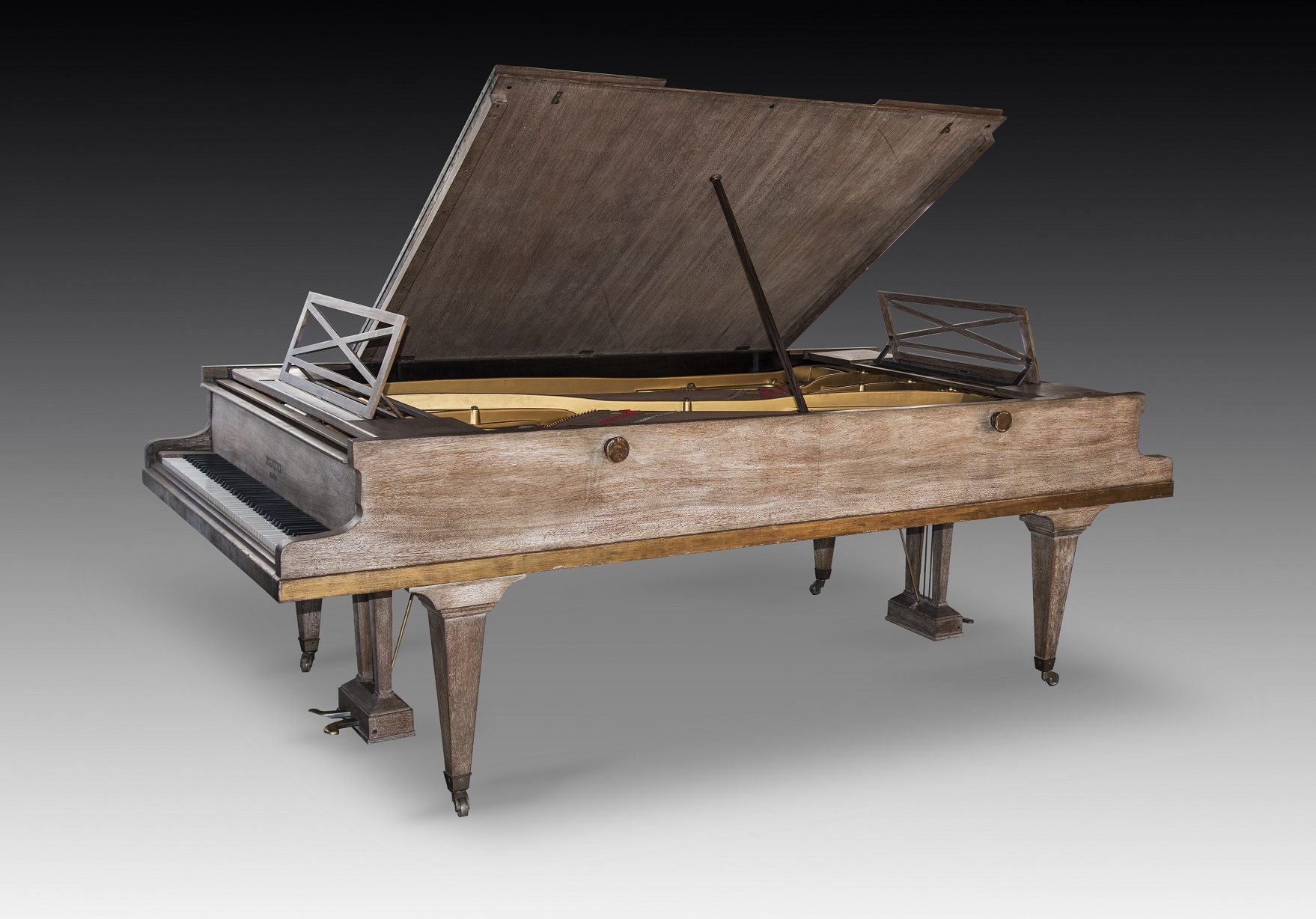 This rare model is one of only 50 ever made, combining two pianos into one.

The enormous soundboard area makes for an exceptionally resonant instrument and the experience of two pianists playing on a single combined piano is completely different. There is also an intriguing device in which a lever can be engaged to permanently lift the dampers on one of the sides, so that one piano provides sympathetic resonance, while the other side is being played.

The piano was bought in 1946 by concert pianist Madeleine Lioux, wife of the French novelist and politician, Andre Malraux (1901-1976) and it travelled with her back and forth across the Atlantic. There are only a few known examples left in the world of this instrument. The piano was recently featured on tour in Paris and London for a recreation of the premier of Stravinsky’s ‘Les Noces’ in which two Pleyel Double grands were originally used. Estimate £30,000-£50,000. 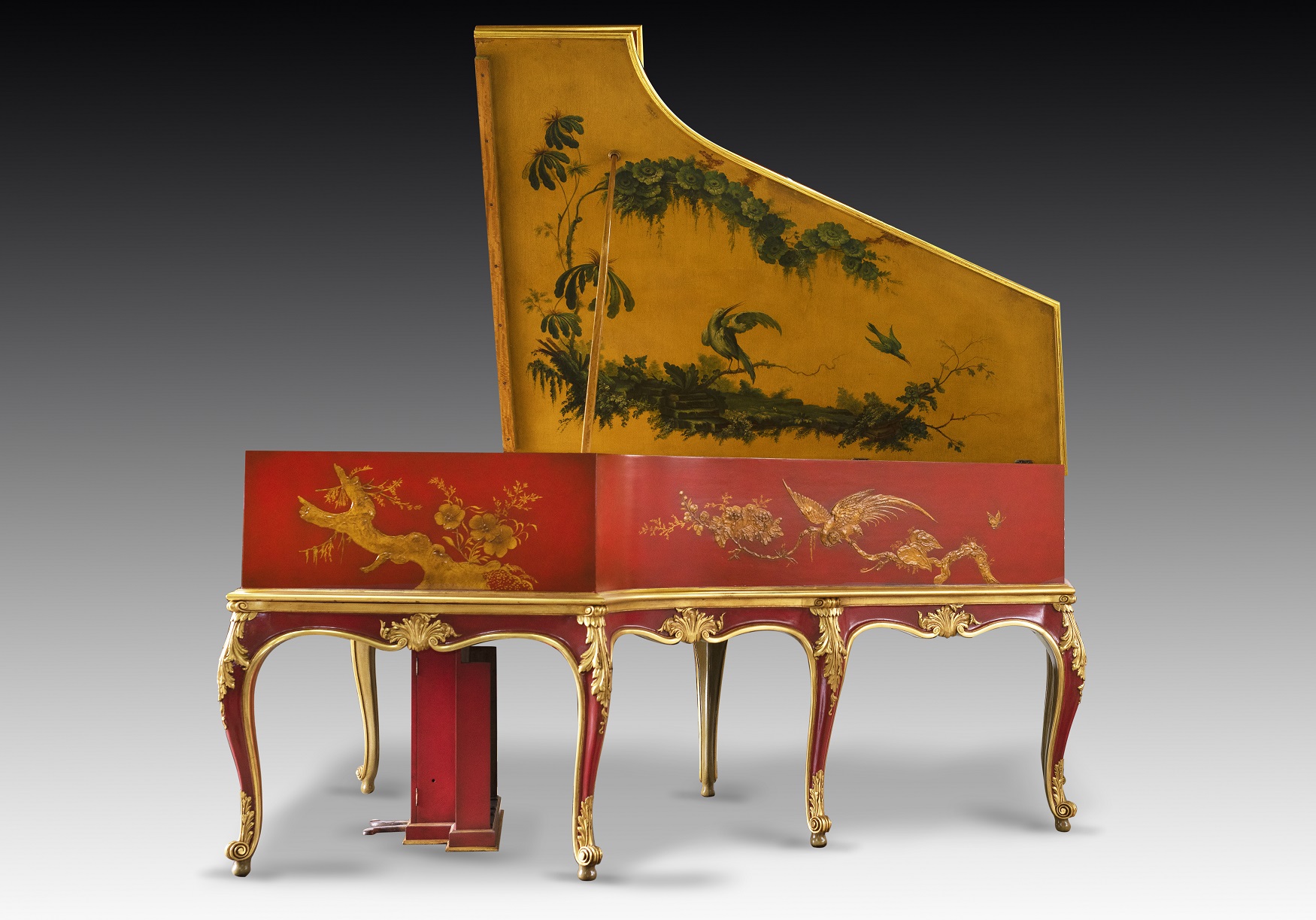 Decorated in Gesso Chinoiserie and signed by the French artist Leo Huillard, this Louis XV ‘Auto Pleyela’ self-playing grand piano dates from 1925, with only a few surviving.

It was their most sophisticated mechanism offering considerable personal control of dynamics and tempi. The lacquered style symbolised the exotic and a sense of its owners being well-travelled and worldly. The piano comes with a selection of 65 original piano rolls. Estimate £40,000-£60,000. 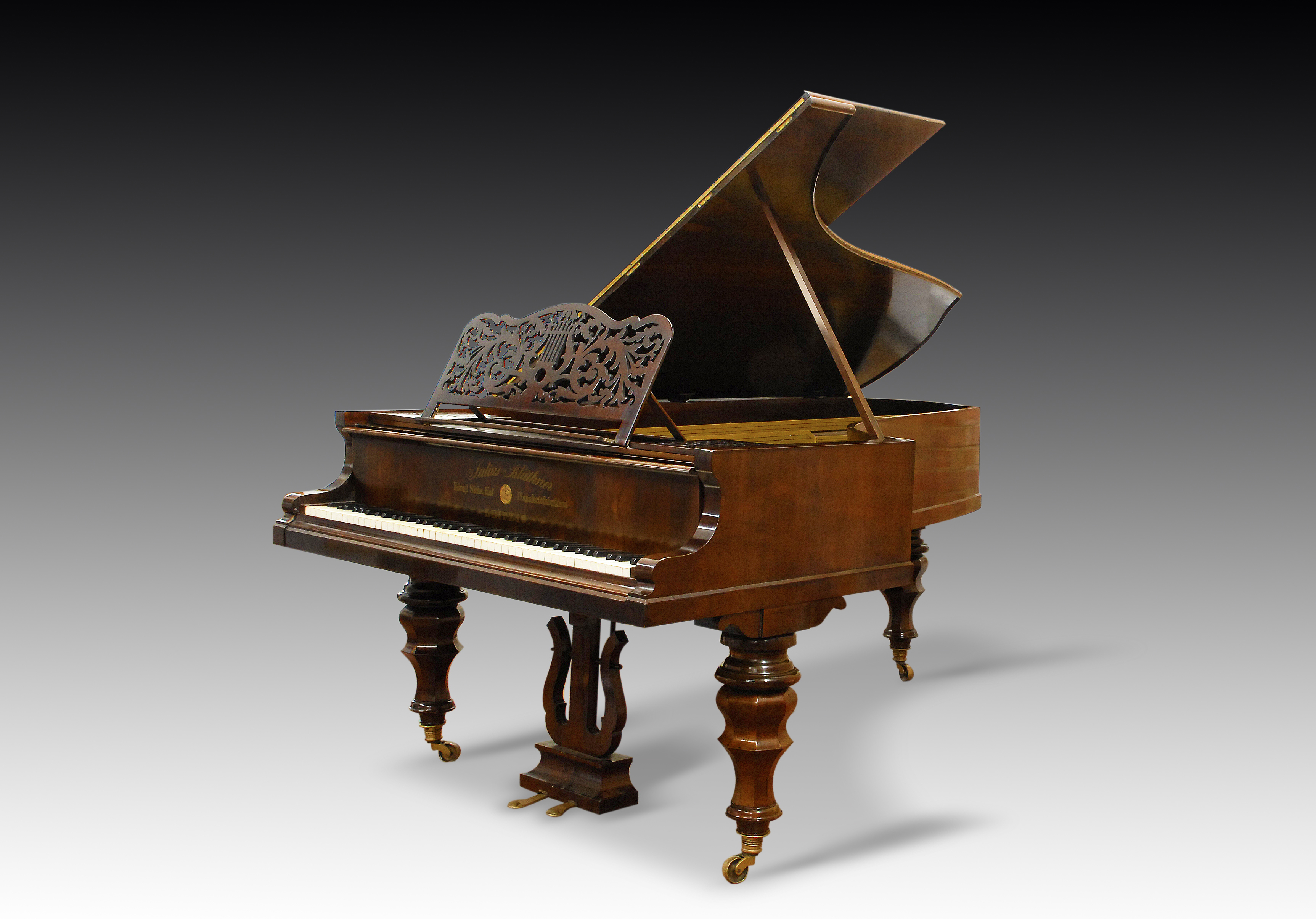 A very early Blüthner piano dating from 1854 which features signatures from some of the greatest musicians of the time, including Ignacy Jan Paderewski (1860-1941), the Polish pianist and composer who went on to become Prime Minister of Poland. Estimate £6,000-£8,000. 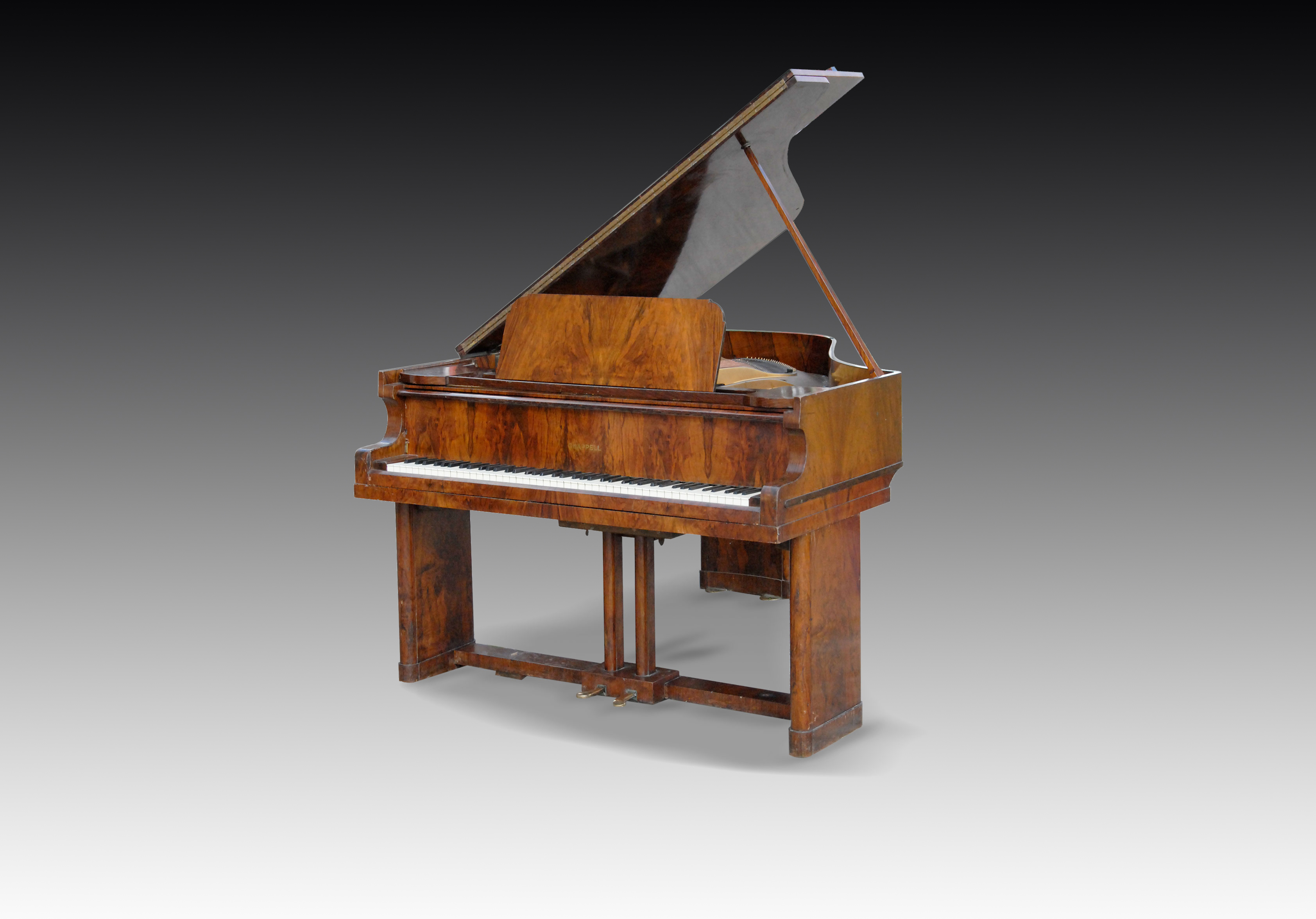 A Chappell grand piano purchased directly from the iconic liner Mauretania 2, when it was decommissioned in 1965.  The Mauretania 2 was the largest liner built in England at the time (1939) and travelled mainly the Southampton-New York route.

During WW II, it was commissioned as a troop ship, transporting Australian troops to Suez, India and Singapore, as well as serving in the North Atlantic. After the war it returned to commercial cruising.  The piano has an Art Deco Walnut case and sits on slab legs. Estimate £6,000-£8,000. 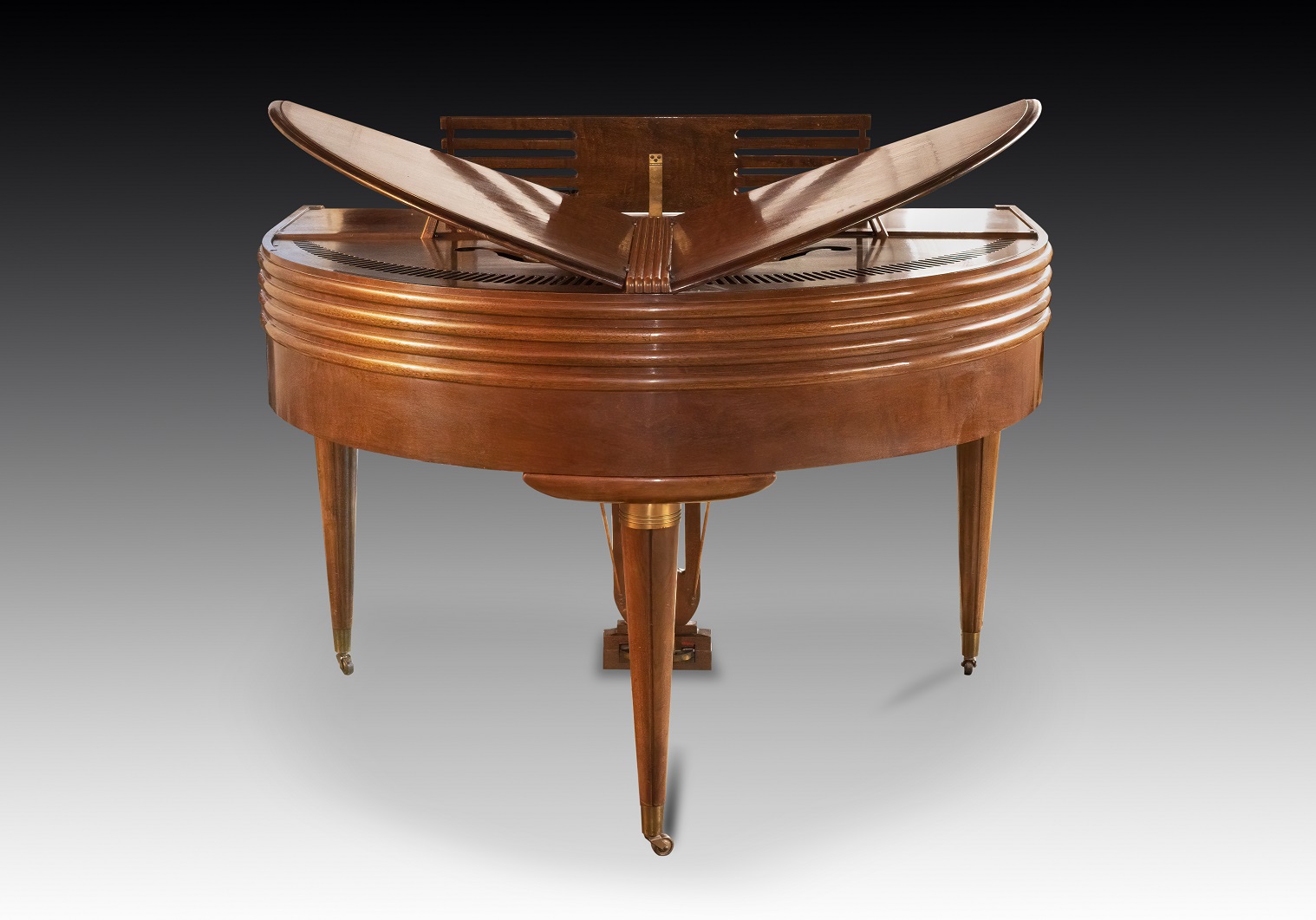 One of the most highly sought after of all Art Deco pianos: only 75 of them were produced between 1937-39.

Only 4’1” long, they were the smallest 88 note keyboard pianos ever made. Many innovations went into the design, to create a surprisingly robust small instrument. The piano is in a mahogany case with wonderful Art Deco detailing. Estimate £10,000-£15,000. 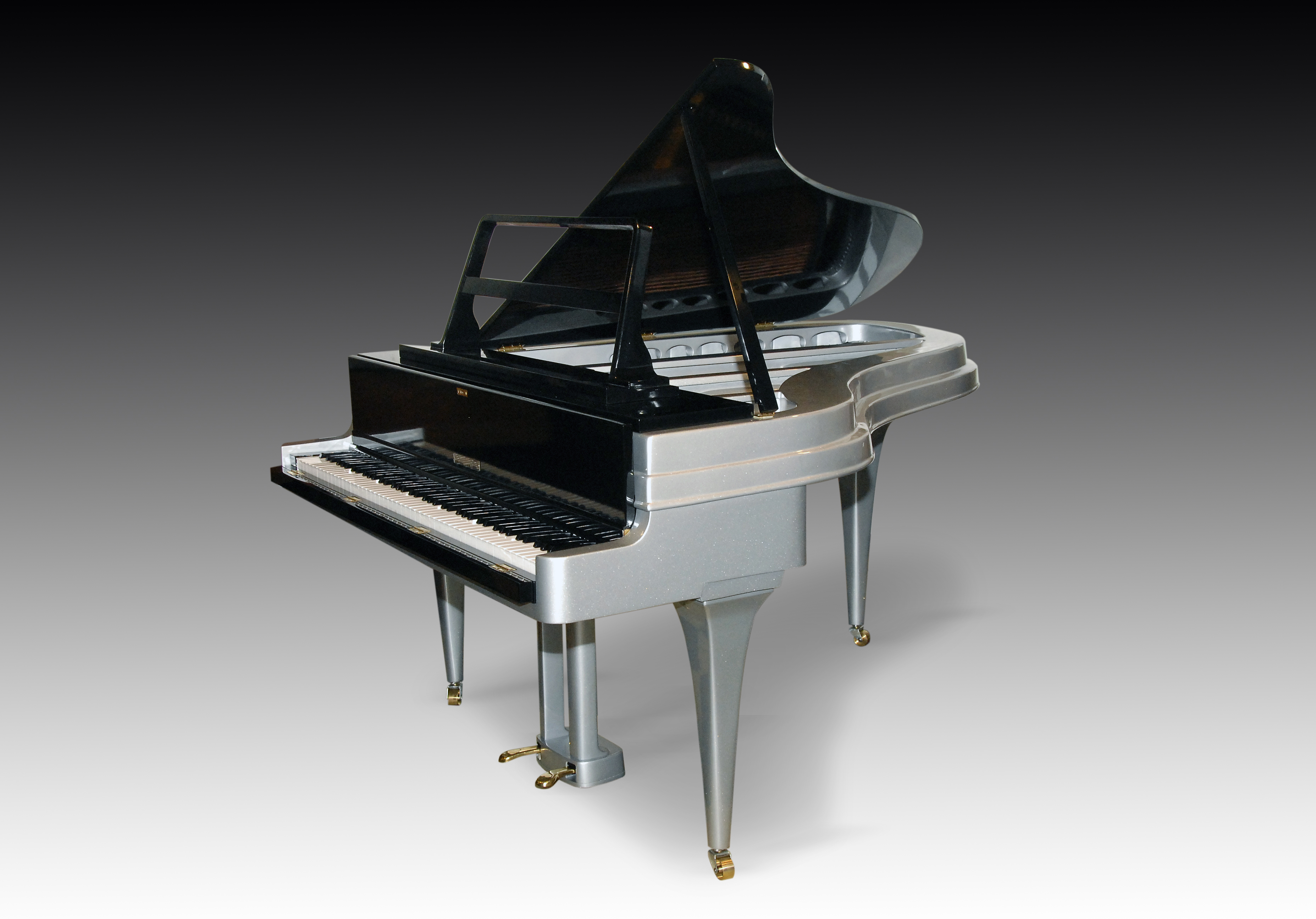 A revolution in piano design can be seen in this Dutch aluminium grand piano, designed in 1965 by pioneering Dutch piano maker, Johan Rippen (1909-1994).

The cast aluminium frame is both the body of the piano and the frame bearing the tension of the strings. The iconic design reflects the aesthetics of the 50s and 60s and is still strikingly modern with its sinuous case shape, freed from the constraints of traditional construction. Estimate £12,000-£15,000. 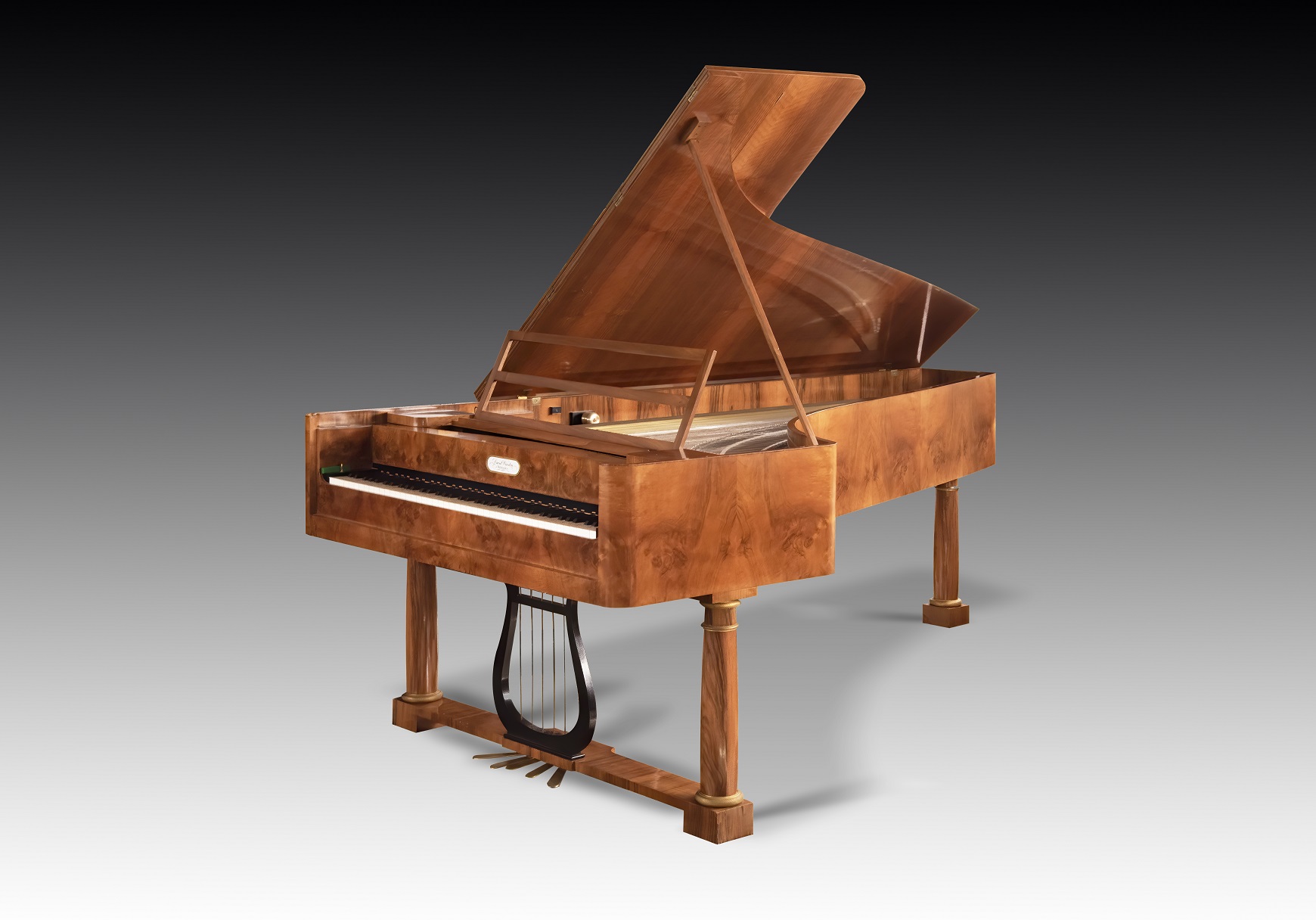 A Viennese Fortepiano copy created with exceptional attention to detail and historical accuracy in 1991, after Joseph Brodmann, 1823.

This is the first-ever piano built by David Winston himself and considered his best. It has been used internationally in many recordings and concerts by leading musicians. A review of a concert of English pianist Dame Imogen Cooper’s performance of Beethoven 2nd Piano Concerto, with the Orchestra of The Age of Enlightenment, reads: ‘Playing on David Winston’s 1991 copy of an 1823 Brodmann - an instrument I crave like I’ve craved nothing else - Cooper’s notes emerged from the misty orchestral pianissimi like a thread of rosy seed-pearls: clean, cool, unique and sweet-- A generous, rapt, exciting embodiment of a rare sound-world’. 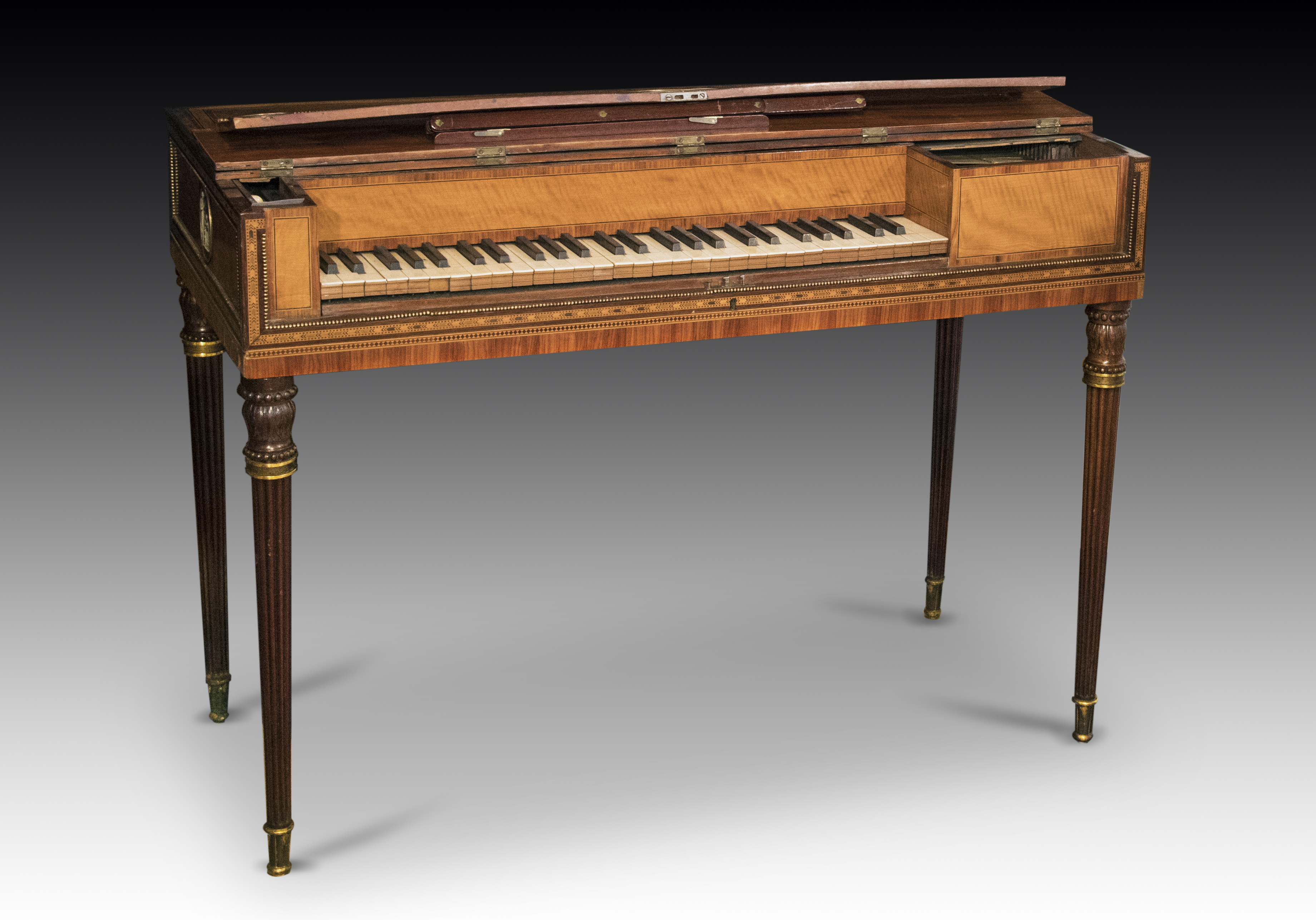 This exquisite little piano, only 42 ¾” by 19 ½”, was most likely a special commission or exhibition instrument.

The 7 inset Wedgwood plaques are of the highest quality and beautifully set-off its elegant case in Mahogany and Satinwood veneers with Kingwood, crossbanding, inlaid marquetry and brass beading. Estimate: £6,000-£8,000.

You can find out more about the upcoming auction here.