The Signature Series C-1 Baby Grand piano, with a glossy red finish, was sold during a three-day auction hosted by Julien's Auctions

Elton John's famous red Yamaha Baby Grand has been auctioned off for a massive $150,000 – more than $50,000 higher than initially expected.

The piano is fitted with a Disklavier Mark IV player system featuring five exclusive Elton John recordings: 'Your Song', 'Rocket Man', 'Tiny Dancer', 'Take Me to The Pilot', and 'Candle in the Wind'. The music rack is signed in gold ink by Elton John himself. 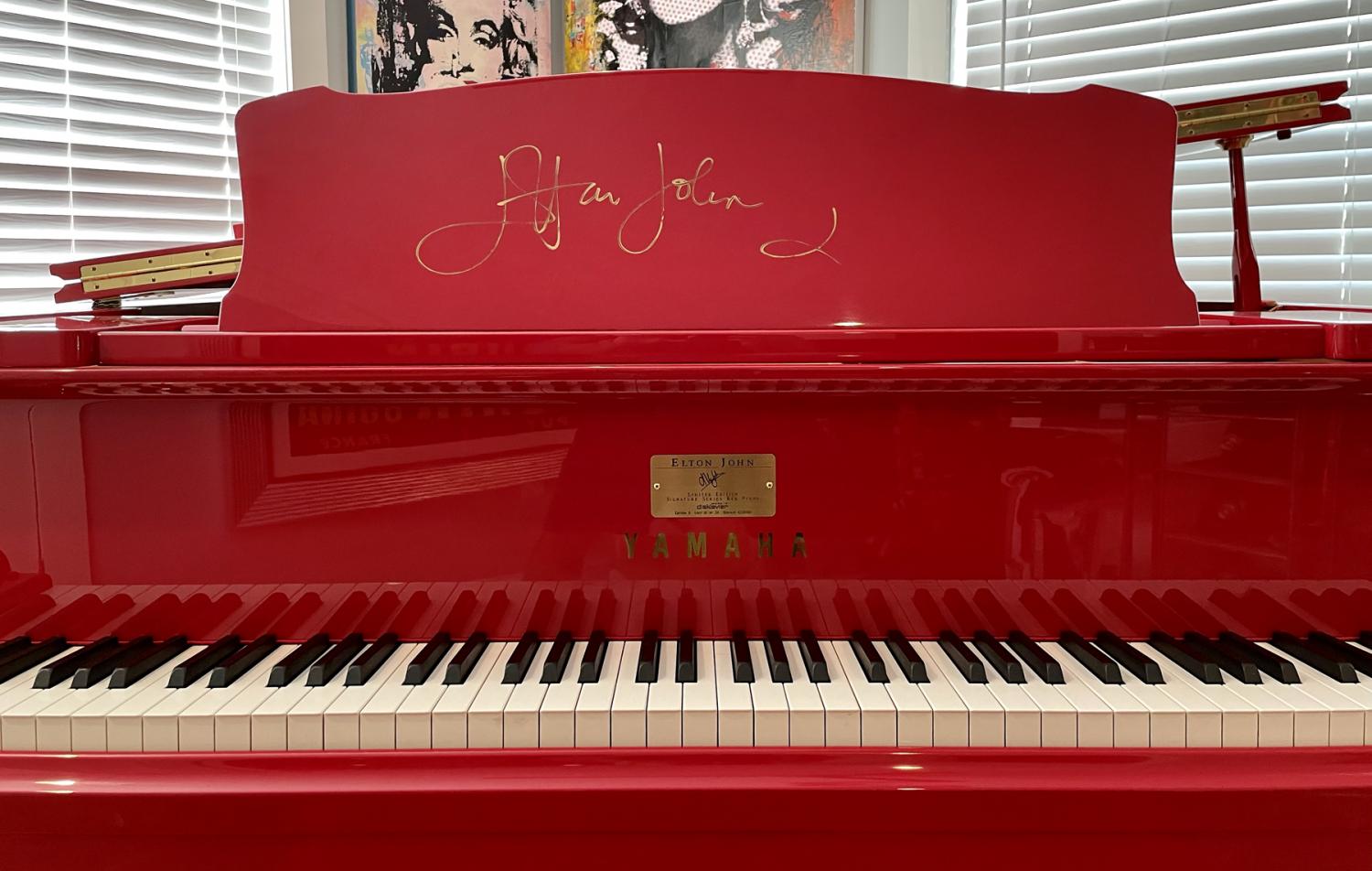 The special edition piano was built in 2005 to commemorate Elton John's five-year concert residency at the Colosseum, Caesar's Palace, Las Vegas that took place between 2004-2009. The series of shows was named "The Red Piano" after the piano that Yamaha specifically created for Elton John to play on stage during the residency.

The residency was scheduled for 75 shows, but it was so successful that it was extended to an incredible 243 shows.

The auction, hosted by Julien's Auctions and held in Beverly Hills from 11-13 June, also included a slew of items from other top musicians. Among those auctioned off were Kurt Cobain's self-portrait caricature ($281,250), Alex Van Halen's custom designed Ludwig drum kit ($230,400), and a 1994 blue Cloud guitar commissioned and owned by Prince ($281,250).