If three great pianists arrive at three wildly different tempos for the same piece, what hope is there for the rest of us? 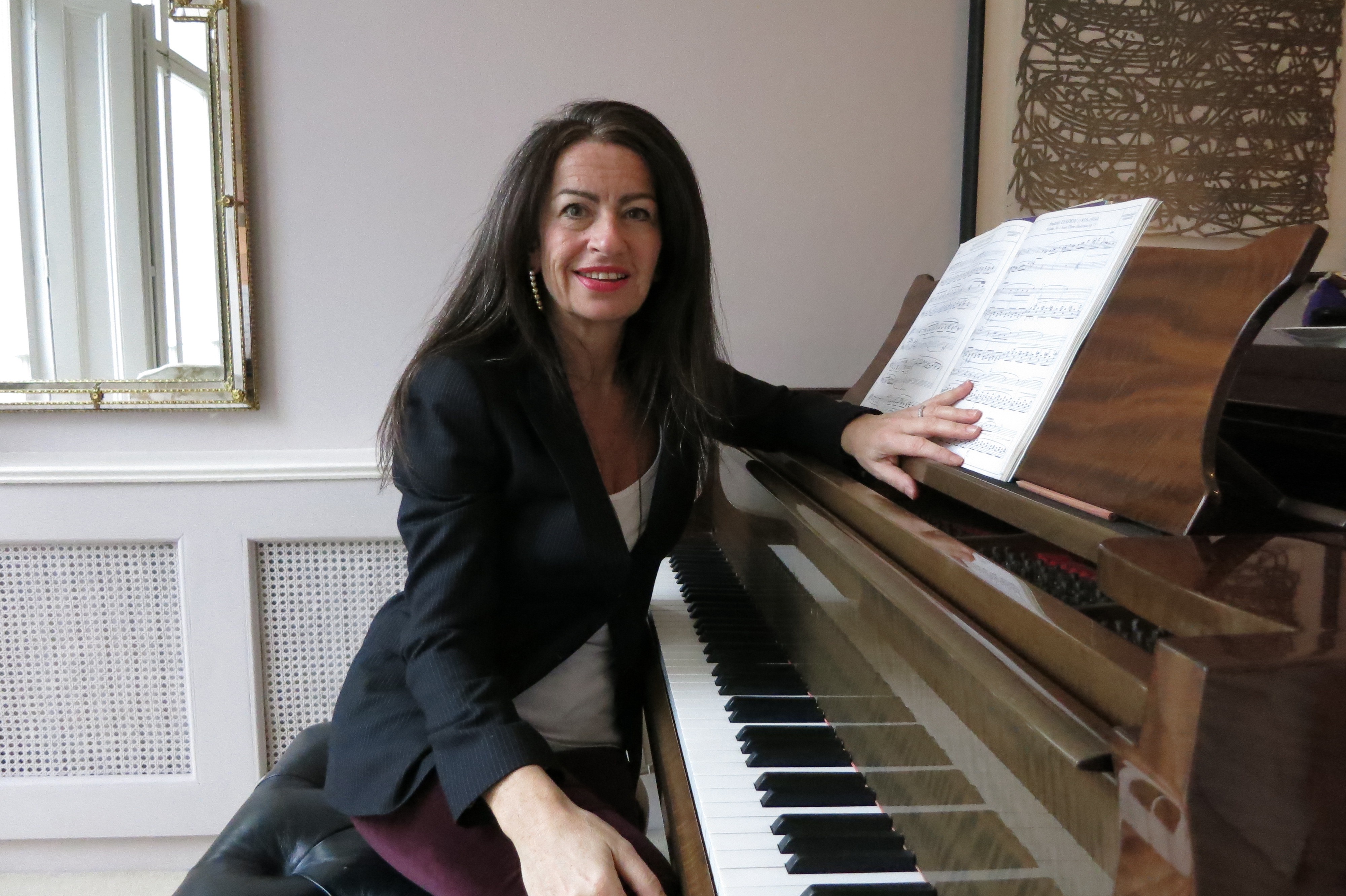 Compare any two performances, say, of the opening of Beethoven’s ‘Moonlight’ Sonata and you can pretty much guarantee they will not be the same. Surely Beethoven’s marking of Adagio sostenuto (roughly translated as a slow sustained speed) at the top of the score would mean the same thing to all performers. Yet when you compare a performance by Backhaus from the 1960s with a performance by Ashkenazy or Brendel from the 1980s, there is an audible difference between the three.

Here's a tempo that I rather like: Claudio Arrau from 1970

In Boris Berman’s Notes from the Pianist’s Bench, the author recalls a story told to him by his teacher, the legendary pianist and pedagogue Lev Oborin. During an informal performance of Shostakovich’s Preludes and Fugues, Oborin asked the composer why he played them in tempos that differed widely from the metronome marks he himself had written in the score.

Shostakovich, looking rather embarrassed, simply replied by saying that his metronome was out of order. Perhaps the most famous example is Beethoven (about whose metronome numerous articles have been written), whose own original markings have raised more than an eyebrow or two. And what of Robert Schumann, whose metronome markings were, for the most part, supplied by his wife?

Even Brahms is a case in point. He once remarked: ‘Those metronome marks which one finds on my compositions I was cozened by good friends into putting there; for I myself have never believed that my blood and a machine could get on so well together.’ Contemporary composers in particular are notoriously specific about performance tempo (perhaps the most famous example is John Cage’s famous piano piece, 4’ 33’’), even driving some pianists to distraction, though in these cases, as Berman points out, ‘speed becomes the part of the comprehensive predetermined musical matter.’

There aren't too many interpretations of Cage’s 4’33’’ on YouTube, but here’s one that is rather profound:

While performing Elliott Carter’s piano concerto some years ago, the pianist and scholar Charles Rosen played a few passages for the composer and asked if they were fast enough. ‘They sound almost too fast,’ replied Carter, even though Rosen had reduced the composer’s own metronome marks by 20 per cent. Rosen observes, ‘though composers may often badly estimate what would be an effective tempo… [contemporary] composers expect their music to be interpreted with the kind of freedom that makes sense of it, not pedantically or with the freedom that comes from the routine imposition of an earlier style.’

Tempo, as you can see, is not an exact science. Yes, tempo markings at the top of a score will give some idea of the approximate speed of a certain tempo, even if the metronome mark is provided by the composer, but what might work for a Beethoven Andante won’t work for every Andante in every piece. Other factors need to come into consideration: the expression markings, the phrasing, the time the piece was written, performance practice, dynamic markings and so on. Even the general emotional mood, often determined by the key in which the piece is written, will have its part to play. And here I’m reminded of a wonderful passage from Heinrich Neuhaus’s classic The Art of Piano Playing, a book which has the uncanny ability of clarifying practically any piano-related problem you may encounter.

Taking the ‘Moonlight’ Sonata as an example, Neuhaus writes: ‘usually it is the second movement, Allegretto in D flat major, which gives rise to specifically different views and the reason is obvious: the first movement, which is an expression of utmost sorrow, and the third, which is an expression of despair are more clearly defined, stronger in their shattering expression than the fleeting, modest, refined and at the same time terribly simple, almost weightless Allegretto. In the rendering of insufficiently sensitive pupils the comforting mood of the second movement easily turns into a jolly scherzando, which is radically opposed to the sense of the composition. The cause of this is an excessively dry staccato… and also excessively fast tempo.’ A gentle reminder of how Liszt himself described this movement, une fleur entre deux abimes (roughly translated as ‘a flower between two branches’), should shed some positive light as to how the piece is executed, tempo-wise. Though an image may provide some clue as to the general flow of a particular movement, there are more precise clues.

Rhythm is the driving force, the lifeblood behind the music, the pattern of pulses of varying strength. Without it, a composition would sound directionless and mundane. It is made up of tempo (the rate at which the pulses occur), metre (where strong pulses occur at a constant rate) and phrasing – the musical grammar if you like, where a melody is broken up into a sequence of regular or irregular phrase lengths. But where to start? A cursory read through of the entire work often provides hints at the piece’s most suitable tempo. Berman makes a valid point: ‘In many works of the Classical era, faster note values do not appear until later in the piece. As a result, performers often choose a speed that seems correct in the beginning but becomes untenably fast later. When the beginning material reappears the performer notices that the tempo has changed, which only stresses the unsuitability of the original speed.’

We have what is known as ‘the rhythmic phrase’. Unlike the normal phrasing marked in the score, rhythmic phrasing is a kind of secret weapon that musicians use to give a piece its inner momentum, again without actually distorting the basic tempo. (Fugues by Bach are great for working out such things and discovering the hidden beauty of the individual lines.) By looking at the way a composer groups individual notes or groups of notes (beaming across bar lines, separating an individual note from its normal group etc), may help to indicate phrase structure. In a waltz in 3/4, for instance, does the pianist always want to accent the first note of every bar? The inexperienced performer will invariably come off the third beat (1-2-3,1-2-3, 1 etc) landing with a thud on the first of each bar, but by changing the emphasis to (2-3-1, 2-3-1, 2 etc) the listener will be carried over the bar-line. You can even do the same with 4/4 (2-3-4-1, 2-3-4-1, 2 etc) thus avoiding the earthbound feeling of four beats to every bar.

In attempting to determine the tempo of any piece of music, it’s important to have an awareness of all the above things. Musicians have to play at being musical detectives. Certainly an awareness of performance practice, the differences in how Classical and Romantic composers treat phrases, the difference between a dot in Mozart and a dash in Haydn, the way in which a Beethoven Andante may not mean the quite the same thing as an Andante in Brahms or Schubert, all help us to an informed opinion that may none the less constantly change over the years.

With more knowledge and greater clarity, our interpretations change from day to day, from month to month, from year to year. Like current composers, who are constantly revising their own works, tempo is an ever-changing phenomenon. The fascinating thing about music is that there is never a single answer to a single question.

Notes from the Pianist’s Bench

The Art of Piano Playing 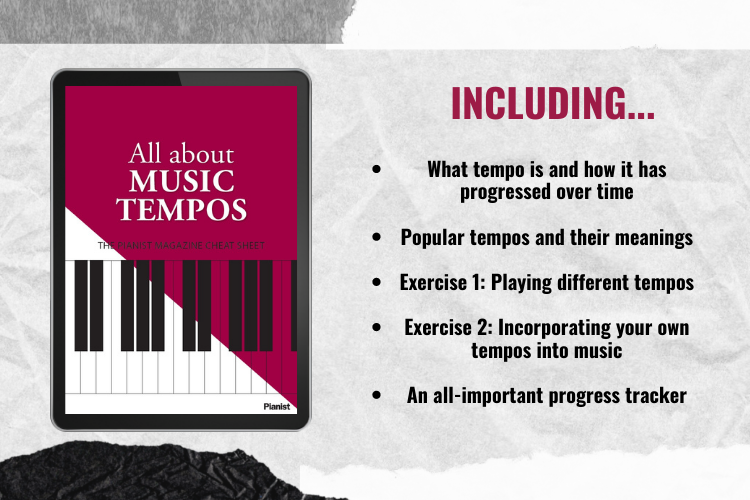