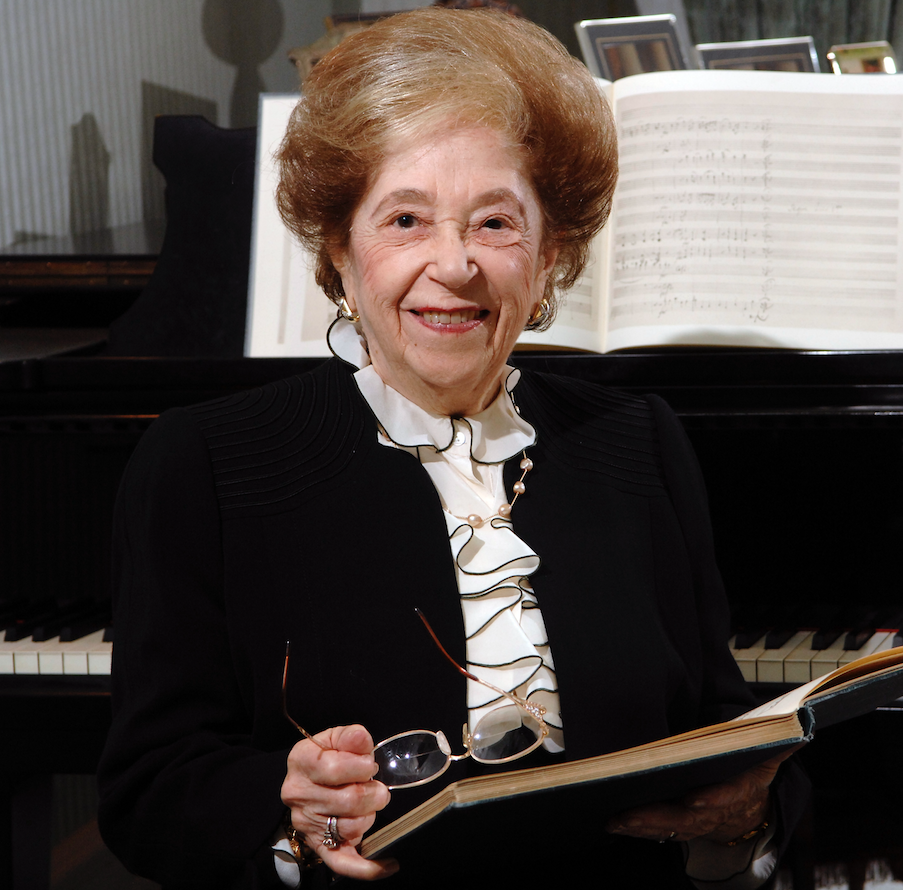 THE CRAFT OF PLAYING:

The legendary teacher, pianist and Leeds Competition founder talks about one of the most important elements of playing and performance.

Craftsmanship in piano playing must start with tone production. Even on a single note we can play from the softest to the loudest sound; we can produce a large tone without hardness and a pianissimo that will carry to the last row of the top gallery. I like to explain this tonal variety to my pupils by comparing it to the artist’s palette of colours. Just as there are many different shades of blue – for example, powder blue, turquoise, navy blue, sky blue, Wedgwood blue and Pacific blue – so there are many different nuances of piano tone. Much has been written and said about tone production and I would like initially to draw attention to a few important considerations.

First, pianists must learn how to listen to themselves – how to listen, that is, to the quality of every sound they produce. Good tone production comes, in the first place, from having the right sound in your ear so that you can recognise it when you hear it. The teacher can help here by demonstrating at the piano the range of possibilities, and by constantly encouraging the student to assess whether a particular sound being produced matches the sound they desire. When they have heard themselves produce a really fine tone once, they will never forget it. I sometimes ask my pupils and audiences at masterclasses whether they would rather hear a mediocre pianist on a fine piano or a fine pianist on a mediocre instrument, and they immediately know the answer. I remind that that, unlike other instrumentalists, pianists cannot carry their own piano around with them. But they can carry and remember their own sound by having the ability to cajole that sound out of even an indifferent instrument. (Sometimes they may find themselves having to play on a piano that is worse than indifferent, in which case I tell them to do the best they can: ‘What can’t be cured must be endured.’)

This leads on directly to the second element in tone production, the question of ‘touch’. It is vital for the pianist to understand that the character and volume of sound depends on the speed at which the piano key descends to the key bed. To control the speed of key descent is to control the volume. It is also to control the tonal colour, since the ‘mix’ of partials caused by a forcible impact of hammer on string is different from that produced by a gentler one. I show my pupils that the key can be depressed by only a quarter of an inch, and that all types of tone must be produced within this small depth.

If the key is depressed very slowly, no sound at all is emitted. By quickening the descent just fractionally, the thinnest thread of sound can be produced. The pianist must feel the exact finger movement required, which of course will vary from one piano to another. At the other extreme, the hand, with a loose wrist, can come swiftly down on a key from a height to produce a really full, strong sonority. Between these extremes come the many speeds of key descent that yield the full palette of tonal colours.

To make the point clearer to my younger pupils, I ask them to imagine that they have a rubber ball in their hand. If it slips gently out of their hand down to the ground, it will produce much less sound than if it were bounced with vigour. They soon get the message, and enjoy producing sounds at different dynamic levels and in the different moods associated with each level.

The use of the sustaining and una corda pedals is an important element in tone production, and I will come to that later.

The last general point concerns the wrists. A stiff, tense wrist is enemy number one, producing a hard tone and inhibiting any good tone production. On the other hand, a flexible wrist acts as a shock absorber. In full tone it allows the weight of the arm to be transmitted to the fingers without the percussive accented bumps and thumps that otherwise are so frequently produced. In fast passagework it should not be too yielding, but through its flexibility gives essential elastic support to the fingers. Of course, the wrist will never be flexible if the arm and shoulders are tense. So it is equally important that the arm is relaxed and the shoulder down, never hunched.

From the book Fanny Waterman on Piano Teaching and Performance. Reproduced by permission of Faber Music Ltd.