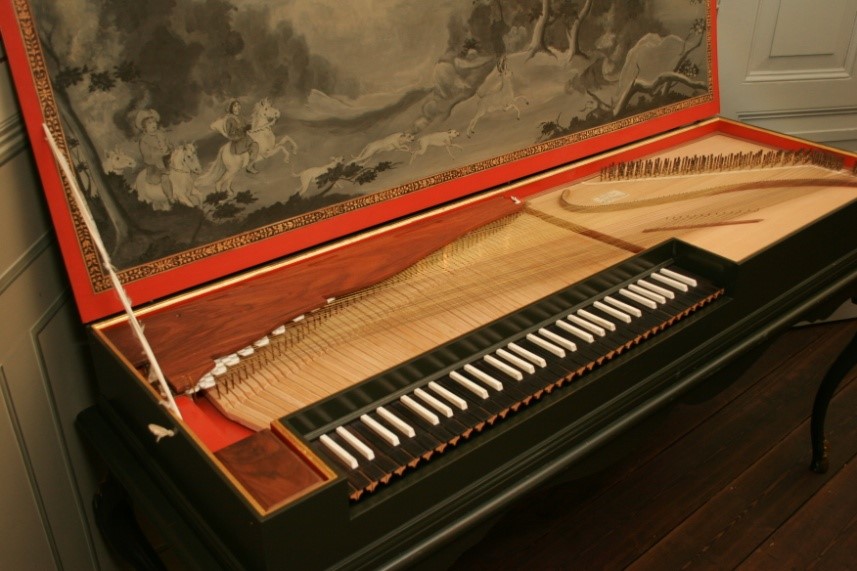 The keyboard of this clavichord is clearly visible